From its natural scenery to palatial hotels and fine dining, Italy’s Lakes District will dazzle you with charm. 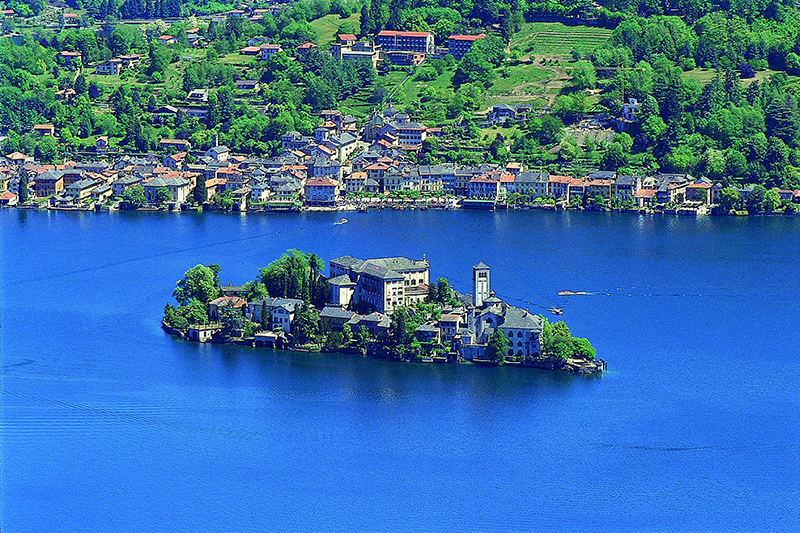 Ernest Hemingway, while serving in the Italian army during the First World War, was given time off to recover from his wounds in the town of Stresa on the shores of Lake Maggiore. While staying in what is now the Hemingway Suite of the Grand Hotel des Iles Borromées, he fell for the beauty of the indigo waters and surrounding hills and mountains. So much so that he based part of his novel A Farewell to Arms here, with lead character Frederic Henry – also on convalescing leave and staying in the same hotel – fleeing arrest by rowing on Maggiore to his freedom in Switzerland.

I wasn’t planning to row anywhere, choosing instead to stay and discover just what Hemingway found so attractive about Italy’s Lakes District.

A world of rich and famous on Como

George Clooney famously has an estate on Lake Como, although the villa is so secluded the film star would be hard to spot. A visit to Villa Carlotta is an easier way to discover how the rich and famous live on Como. The property was the residence of the Clerici family, rich Italian silk merchants during the 15th Century. The villa became state property after World War I and is now a museum with the prettiest Italian garden and a great collection of artwork.

Across from Como is another of Italy’s famous lakes. I began my exploration of Lake Maggiore on foot by following the well-marked walking trails around the lake. From my base in Stresa, several half-day hikes gave me the chance to view the lake and its surrounds from all vantage points and I too was bewitched by the shimmering aqua of the shoreline.

Lake Maggiore has always been the pearl of the Italian Lakes, and Europe’s nobility have long come here to enjoy the scenery and throw lavish parties to show off their power and wealth.

Today, Lake Maggiore is more popular with active travellers who enjoy being in the great outdoors.

Like me, some come for walks while others choose more adventurous options, speeding up and down the surrounding hills on mountain bikes. On the calm surface of the lake, I spotted several kayakers paddling towards the horizon in the direction of Switzerland, leaving lines of backwash in their wake.

Visits to the palatial playgrounds of the noble

To peek into the lives of the nobility – and their perfectly-manicured gardens and mini palaces on the islands of Lake Maggiore – I boarded the ferry to visit Isola Bella, one of the Borromean Islands on Maggiore.

I explored the grand Baroque palazzo, its pastel-coloured rooms laced with intricate mouldings of floral and metrical designs, accented by an elaborate chandelier hanging like an upside-down exclamation mark.

Outside, among the perfectly-designed green shrubs, red and yellow roses, pink frangipani, walls of bright purple bougainvillea and resident white peacocks, I imagined myself with wine goblet in hand exchanging winks by the magnificent fountain with young noble bachelors of the 17th Century.

Speaking of old school romance, I traversed the mid-lake mountain range through the village of Mottarone to the medieval town of Orta San Guilio on Lake Orta, one of the smaller lakes in this region.

Orta is the gentle grandfather to the glamorous playboy of Maggiore. The atmosphere is calm and, as I strolled its narrow cobbled alleyways past the mustard stone walls and cracked windows of the houses, a sense of peace came over me.

In the middle of the lake is the island of San Guilio, complete with Romanesque bell tower and the monastery of Basilica di San Giulio. I visited the basilica to admire the frescos in the interior walls before returning to the mainland for a quick espresso in a café along the water.

Looking across to the island, with the knowledge that its community can be traced back to the 9th Century, I could see why Lake Orta and its little charming villages was a favourite for those looking for a bit of old-fashioned romance.

Dining with the stars in Villa Crespi

I took the opportunity to stay and dine in Villa Credpi in Orta San Guilio, the 19th century residence of a wealthy cotton merchant transformed into a luxury hotel. Its square, palatial base and Moorish tower with lavish interior is enclosed by tranquil gardens with views down to the lake.

Renowned Italian chef and the country’s MasterChef judge Antonino Cannavacciuolo runs the restaurant here, which has been awarded two Michelin stars. Unable to make up my mind on the à la carte, I chose to sample the Carpe Diem degustation menu.

From the linguine with squid and bread sauce, to the little pastries at the end, I was not only wowed by the flavours but also by the presentation of each course. In a place like this you don’t want to rush your meal, and the menu is designed to give you the chance to savour the moment. Dip yourself into the green of Ireland