Dip yourself into the green of Ireland

From a friendly smile to a family reunion, there’s always a warm welcome to be found in Ireland. With a landscape bathed in green edged by coastline, Ireland is a wonderland for travellers. It will steal your heart with its charm and then break it with the harsh reality of its history.

Discover two sides of Ireland with a journey between the island’s two main cities Dublin – Ireland’s capital and main gateway – and Belfast, the capital of Northern Ireland.

Dublin is a vibrant city with a surprising mix of must-see sights including Ireland’s top visitor attraction, The Guinness Storehouse. You can’t miss the winding walk through the multimedia exhibition to finish with a refreshing pint of Guinness in the Gravity Bar. The 360-degree view is one of Dublin’s best vantage points.

It wouldn’t be Ireland without a cathedral. St Patrick’s, which dates back to 1220, and Christ Church with its medieval crypt, top the list. The illuminated manuscript of the Book of Kells, located in Trinity College’s Treasury, is another impressive sight. Some of the ‘old boys’ of Trinity College include Oscar Wilde, Jonathan Swift and Bram Stoker.

Keen to trace your Irish ancestry? Discover the stories of the 10 million people who left the country at The Irish Emigration Museum. You also can speak with a genealogy expert at the Irish Family History Centre.

A chilling part of Ireland’s turbulent past is revealed in the cold, dark and narrow corridors of Kilmainham Gaol. Stories of the political figures who passed between its walls are shared during this building tour, which ends at the grey stone courtyard where prisoners were executed by firing squad.

It’s not hard to find a patch of green in Dublin with a stroll through one of the largest, enclosed city parks in Europe, Phoenix Park. In the city heart, wander around the pathways of St Stephen’s Green which, until the 1770s, was used for public executions.

"It will steal your heart with its charm and then break it with the harsh reality of its history."

Dublin’s traditional pubs are a great antidote for a dose of grim history. Inside their picture-lined walls are cosy fireplacefilled corners and plenty of locals enjoying their favourite tipple. The menus invariably include steak and Guinness pie along with Irish stew.

The route between Dublin and Belfast can be a short two-hour drive or, if you follow a more scenic route, a few days.

Add side trips to see the ancient burial tomb at Newgrange at Meath, which is older than the pyramids, and the Hill of Tara, where the High King of Ireland sat on the throne.

The grey granite and yellow gorse covered Mourne Mountains near Newcastle dominate the landscape as they roll down to the sea. Take a walk to the Silent Valley Reservoir and see some of the Mourne Wall, which connects 15 of the 28 mountain peaks. It was built in 1922.

Belfast is a city of some notoriety spawned by The Troubles, a turbulent 30year guerrilla war which divided the city. Today, the evidence of the conflict is clear in the political murals and the six-metre-high walls with gates that are locked at night. The history of The Troubles has become a tourist attraction, with black cab tours that take visitors past all the sights and even provide a pen so you can sign the Peace Wall.

Food lovers will enjoy a wander through St George’s Market, one of the city’s oldest attractions. Filled with a wide range of local produce, food, crafts and art, the market deserves its 2014 award of ‘Best Large Indoor Market in the United Kingdom’. Fridays are more food-centric, while on Sundays the market is topped up with stall holders selling souvenirs.

Titanic, the world’s most-famous ocean liner, has inspired one of the world’s largest urban waterfront regeneration projects in Belfast’s Titanic Quarter. On the same spot where ocean liners were once hammered and fused, the Titanic Centre now stands and shares the Titanic’s story from conception to the ocean floor. The nine galleries over four floors travel from Edwardian times to recent seabed exploration and offer insights into the construction task with an amusement-style ride.

For a panoramic view over Belfast, head up the slopes of Cave Hill to Belfast Castle. Built on the site of a 12th Century castle, the current Scottish Baronial-style building was completed in 1870. The grounds provide a great opportunity to stretch your legs on short or long walks.

Photos by Getty Images. The writer travelled with the assistance of Tourism Ireland and Cathay Pacific. 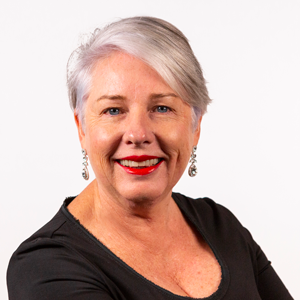 What does coronavirus mean for Aussie travellers?