Look after your pet during thunderstorms

Make sure your animals are safe and secure when bad weather is forecast. 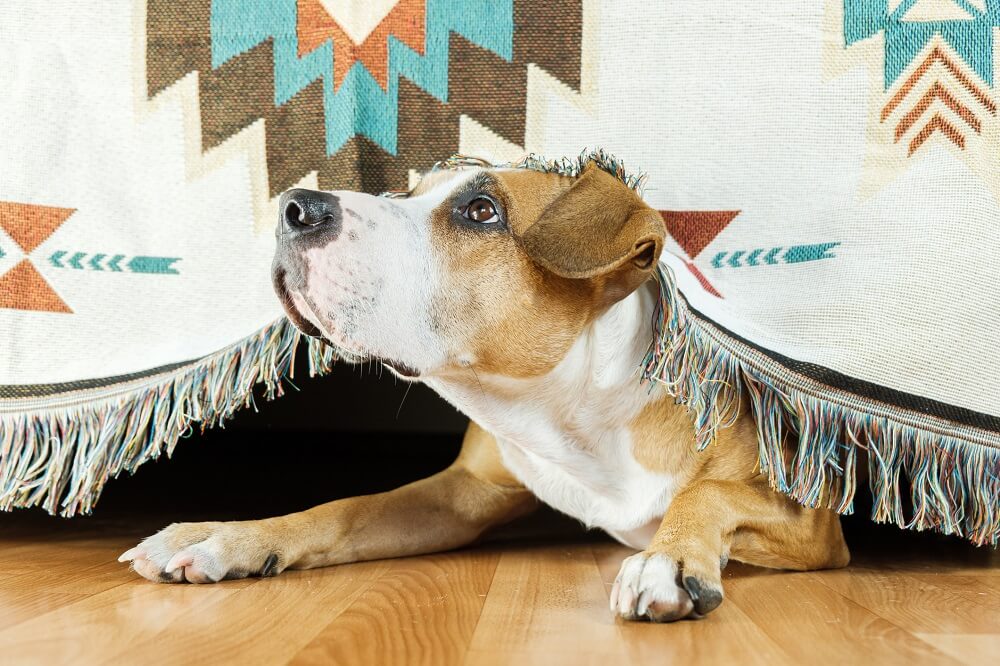 Storm season is underway across Queensland and pet owners have been reminded to make sure their animals are safe and secure during extreme weather events.

RSPCA’s Michael Beatty urged owners to make certain their pets had identification, particularly dogs who could escape yards because of the fear they experience during storms.

“After every storm we end up with reports of lost and found and traumatised animals, many without any identification,” Mr Beatty said.

“Some dogs, in particular, suffer from what we call storm or firework ‘phobia’.

“Often, they will sense the storm coming long before humans can and the noise of the thunder absolutely terrifies them.

“They then try to escape from areas they normally wouldn’t think of leaving.”

Pet owners are also urged to ensure their animals are in a safe and secure environment if left home alone when storms were forecast.

“If you know they suffer from storm phobia it’s ideally best to keep them inside,” Mr Beatty said.

“You can also leave a radio on as that will help as well.”

Learn what to do before, during and after storms

RSPCA’s Senior Veterinarian Dr Anne Chester said animals were more likely to cope with a storm if they were left in an environment where they felt comfortable.

“They can become very distressed and with severe winds predicted, people need to clear any loose objects from the animal’s immediate area,” said Dr Chester.

Owners of smaller pets should also be aware of the potential danger with leaving them out during storms which can produce flooding rain.

Dr Chester said the RSPCA dealt with cases of guinea pigs that had drowned after being kept in hutches in the back yard. Be wary of potential pet danger