Hit the road to experience this selection of oversized attractions. 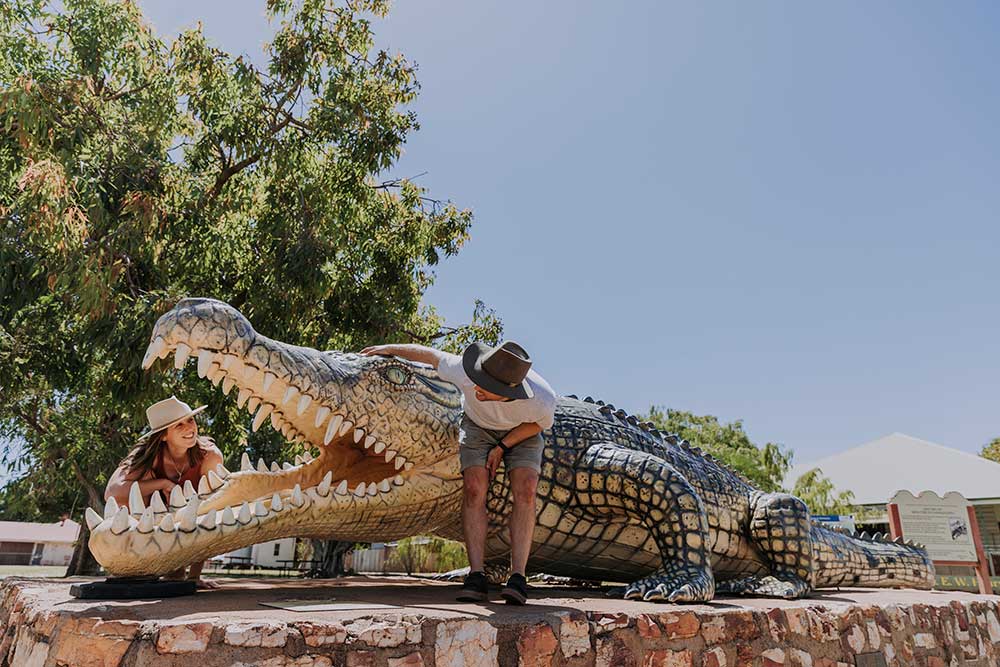 There’s a whole lot of Queensland to discover and with wide-open roads and stunning landscapes, there’s no better way to explore than getting behind the wheel for a road trip adventure.

If you’re looking for inspiration or a reason to make a one-of-a-kind road trip, it’s time to go big or go home and embrace a “big things” adventure.
With more than 150 big things (and counting) in Australia, you can hit the road and tick seven off the list in north-west Queensland.

In 1995, local barramundi angler Billy Miller came up with an idea to promote his caravan park. With the help of a friend, Billy built the 6m structure out of fibreglass over a steel and wire mesh frame in his mate’s back shed. The Big Barra recognises the town’s fishing culture, with barramundi one of the most common species of fish found in the Norman River.

Arguably the better known of Normanton’s big things is Krys the Savannah King. Take a selfie in Krys’ jaws and gasp at the size of this giant 8.63m saltwater crocodile. Unlike other “big crocodiles” in Australia, Krys is a true-to-size model of the largest crocodile ever captured, in 1957 on the banks of the Norman River.

Forgo your game of I Spy and keep your eyes peeled on your way into Croydon’s town centre for a yellow entry sign bursting with outback charm – including the 2m Big Gilbert’s Dragon. Constructed in 2015, the Big Gilbert’s Dragon symbolises a reptile found in the region.

You’ll be shouting “Eureka” in Croydon as you uncover the Big Gold Nugget. Considered the heritage capital of the Gulf, Croydon was once the third largest town in north Queensland, home to 7000 miners looking to strike it rich. Croydon’s 18km goldfield produced a whopping 23,675kg of gold over its 35 years and the Big Gold Nugget outside of the Croydon Visitor Information Centre is a nod to the town’s rich history.

One of the rarer and unexpected finds is the Big Ammonite in Hughenden. Made out of windmill parts, the Big Ammonite represents this marine mollusca that is commonly used as an index fossil to link rock layers to specific periods of time. So, get out the information brochure and explore Hughenden’s Art and History Trail. You’re guaranteed to learn a thing or two about the unique fossil finds in the region on this prehistoric trail.

Become friends with Hughie, a 7m statue cast from the bones of a muttaburrasaurus at the Flinders Discovery Centre in Hughenden. In his day, Hughie would have weighed about 25  tonnes, or as much four elephants. At the Flinders Discovery Centre, continue the adventure and explore the impressive international fossil collection, interactive displays and Australian dinosaur bones found in the area from 1865 up until modern-day digs.

Get peace of mind with RACQ Roadside Assistance Can you carry extra fuel? 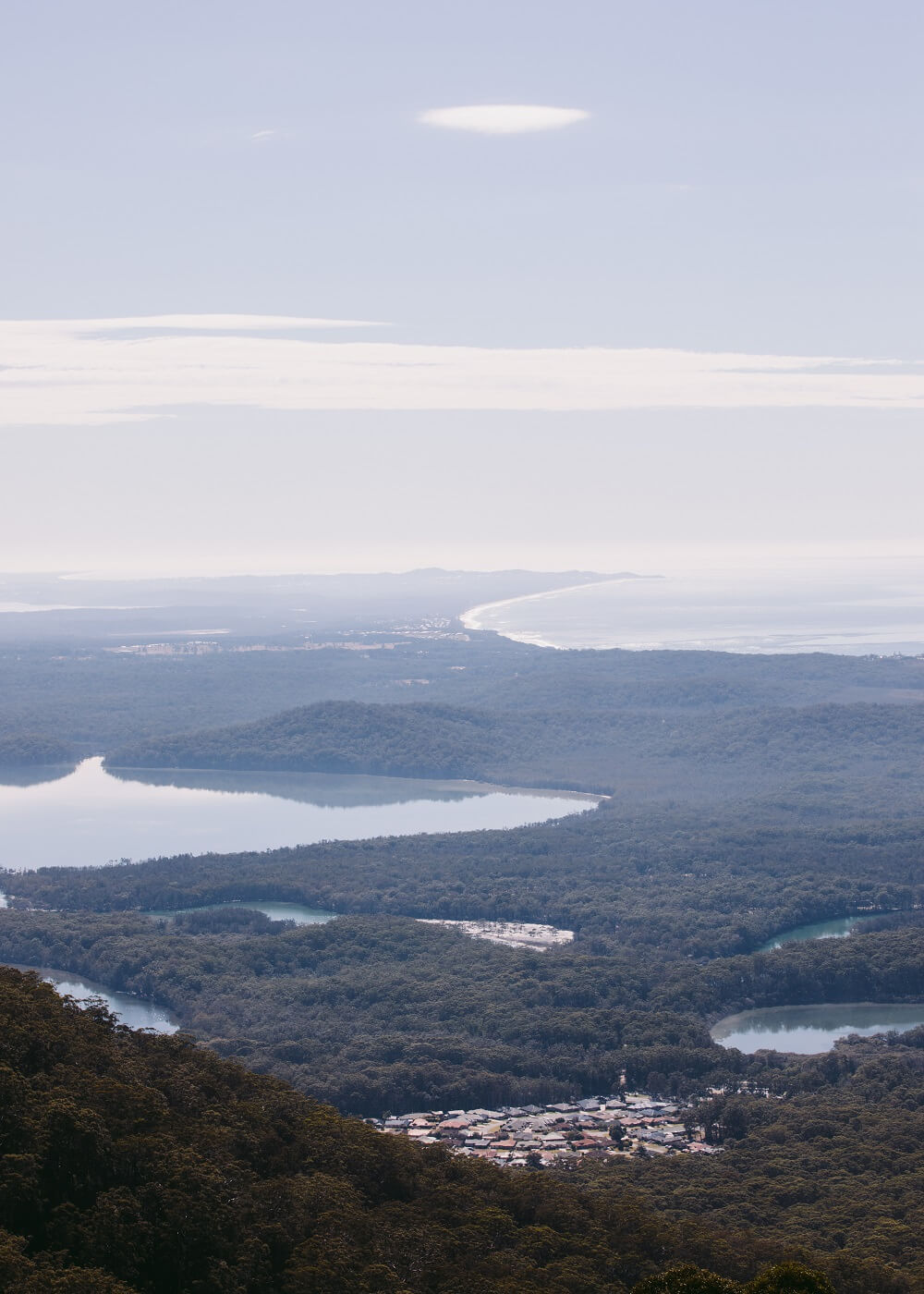 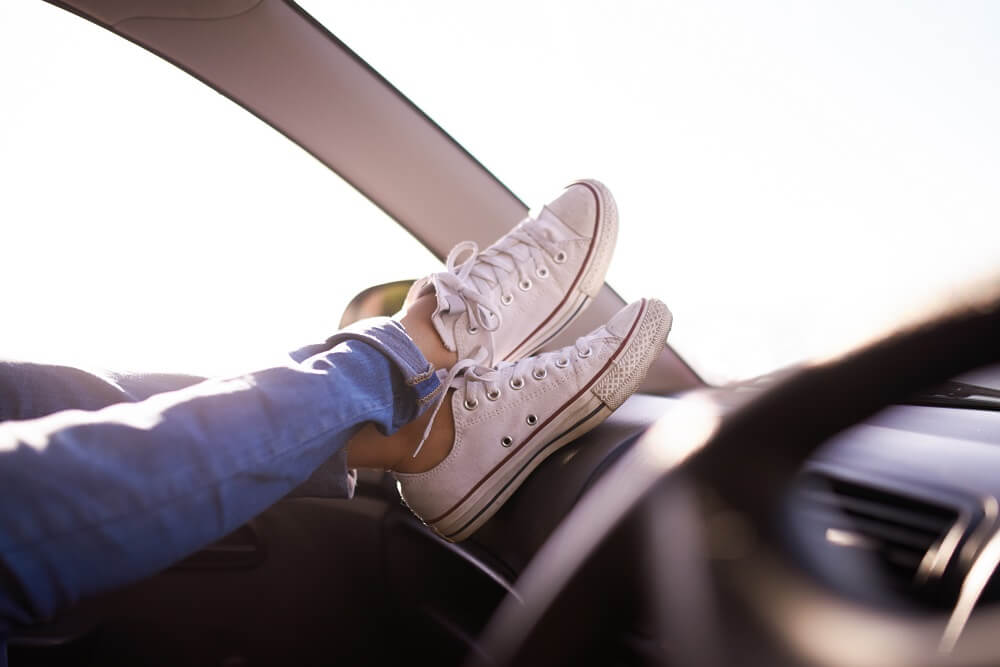 What NOT to do on a road trip