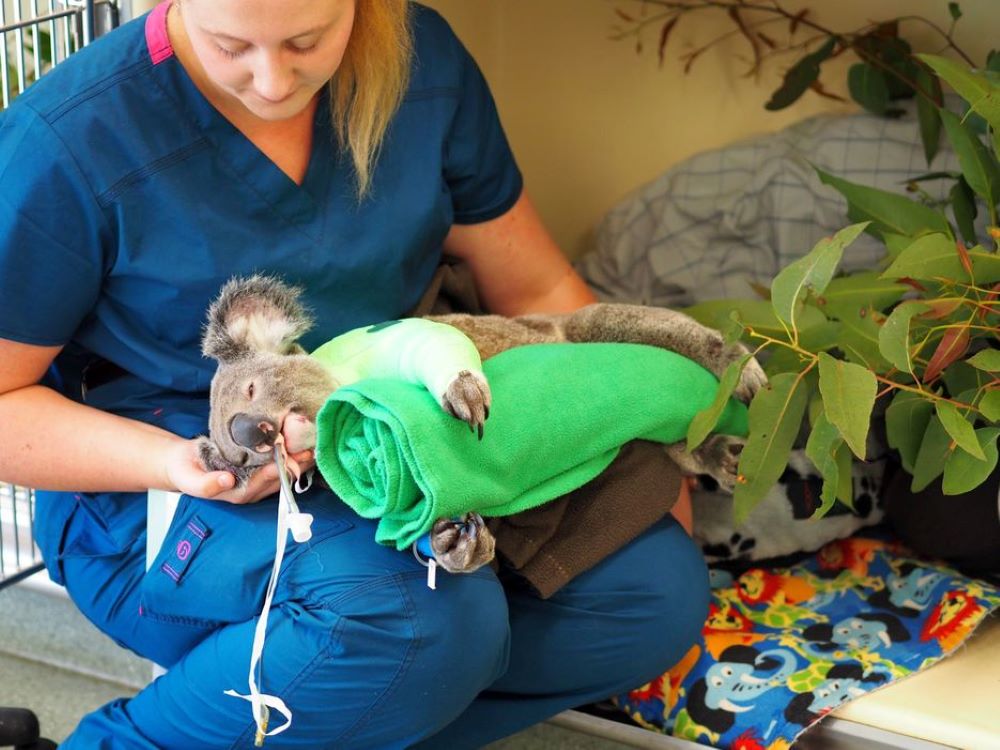 Australia Zoo - Koala receiving general treatment
RACQ Acting Group CEO Glenn Toms said the Club urged its staff and members to contribute what they could, so the Australia Zoo Wildlife Warriors could develop this important centre to rehabilitate injured koalas.

“Bushfires here and interstate continue to cause widespread devastation to our native wildlife, including koalas – that’s why we’re so proud to support the development of this much-needed facility,” Mr Toms said.

“Over the next month, money raised will go towards bringing the KICU to life and aid in the recovery and futureproofing of Queensland’s koala population, which is at risk of extinction.

“The donation drive will run through until the end of February and has been kickstarted with a $20,000 donation from RACQ.

“We’re extremely proud to support this initiative as part of our longstanding relationship with the Australia Zoo Wildlife Warriors and Australia Zoo.”

Since 2014, RACQ has provided specialty wildlife rescue vehicles to ensure the Zoo’s Wildlife Rescue Unit could safely respond to the hundreds of calls for help it receives each year.

Australia Zoo’s Wildlife Hospital recently treated its 90,000th patient and cares for up to 800 sick and injured koalas each year.

“Steve would be so proud of the work we’re doing at Australia’s busiest koala hospital,” Terri Irwin said.

“This climate controlled KICU facility will ensure our specialist veterinarians and nurses can work around the clock to treat seriously ill koalas.

“A facility like this allows the hospital to respond to emergency disasters such as the devastating bushfires, but also allows us to care for the ever-increasing number of koalas admitted from south east Queensland.”