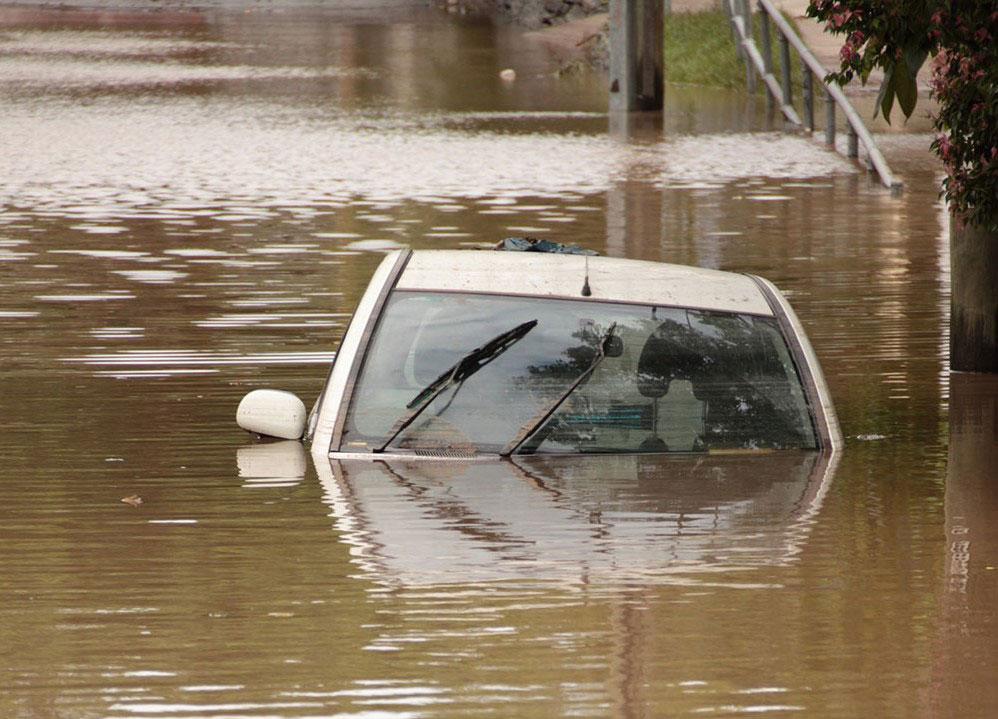 With large parts of south-east Queensland, including Brisbane, affected by flooding, used-car buyers are being urged to be wary of flood-damaged cars when the waters subside.

“There is no law that states a vehicle that has been a repairable write-off, repaired and re-registered, must be disclosed as such when advertised for sale,” Mr Kirk said.

“Also, there are back-yard operators out there that will dry out a flooded car then sell it without notifying insurance companies or TMR (Department of Transport and Main Roads) that the vehicle had been flood-affected.

“This means a PPSR search won’t show it’s been flooded.”

He said RACQ recommended against buying a flood-damaged vehicle due to myriad ongoing issues that could emerge.

These include damage to internal components including the engine, transmission and electrical components, contaminated fuel and oils, and health risks associated with mould and other contaminants affecting carpets, roof linings, seats, and interior fabrics.

Mr Kirk said RACQ had a team of experienced technicians available to assist members and non-members with their pre-purchase inspections, safety certificates, and comprehensive mechanical checks, and members could save $50 on these inspections.

The Motor Trades Association of Queensland (MTAQ) said the floods were a concern for consumers who urgently needed to replace their damaged vehicles and may buy another flood-damaged vehicle.

The MTAQ is the peak body representing employers in the retail, repair and service sectors of Queensland’s automotive industry and its CEO Rod Camm said it was important for consumers to conduct proper checks before buying a used vehicle.

“Using a licensed used-car dealer, who is a member of MTA Queensland, will alleviate a lot of stress for a consumer, as they have the reassurance of knowing the dealer will reliably take care of their best interests,” Mr Camm said.

He said another major consideration was the fact the second-hand car market was already booming before the floods and consumers may now find it even harder to find a replacement vehicle at a fair price.

Full impact of flood still to be felt

Federal Chamber of Automotive Industries (FCAI) spokesperson Doug Wyllie said it was too early to quantify the impact of the floods on the automotive industry.

The FCAI is the peak body for Australia’s automotive industry representing 68 brands which are sold and serviced by almost 4000 dealers nationally.

"With supply chains cut in terms of both road and rail access, there may be some delays in getting cars to dealers,” Mr Wyllie said.

“We are also aware that some dealerships have been flooded.

“Rest assured our brands will be working proactively with dealers to ensure that, where cars have been ordered and damaged in the floods, supplies are essentially shored up.

“We're quite mindful as well that we are still very much in the response phase and that as that recovery piece unfolds, we'll have better visibility as to just how the car industry has been impacted.

“We do know that multiple dealerships have been inundated and there could very well be some issues with people trying to sell flood-damaged second-hand cars.

“We've seen unscrupulous people around natural disasters in the past who try to make a buck out of damaged products, but that's the unfortunate risk you face when purchasing a second-hand car and none of our members or dealers will be doing that."