Experience ‘Queensland to a T’ 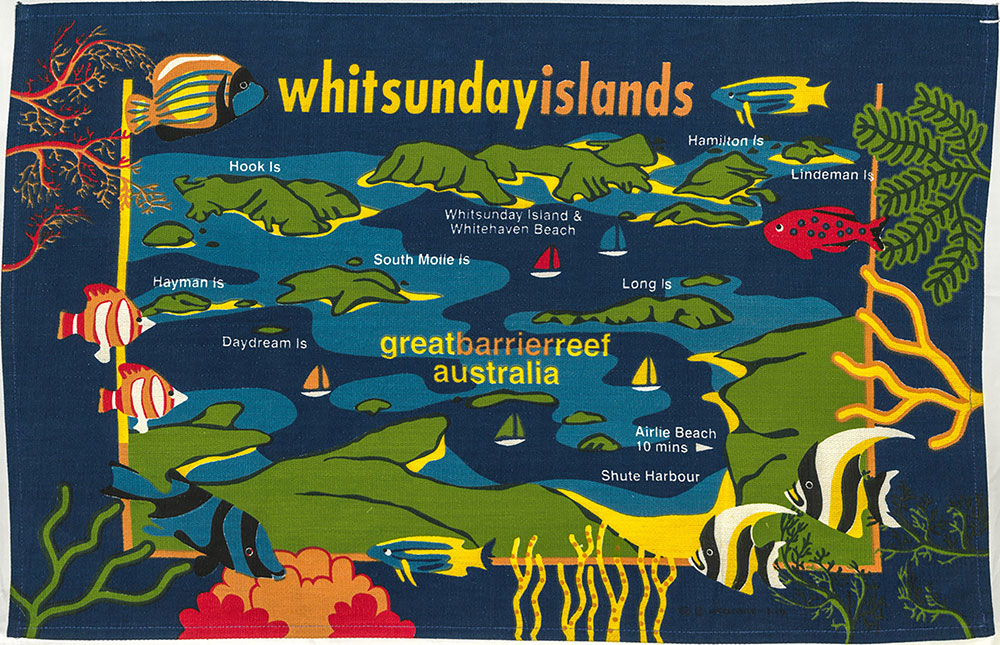 A collection of tea towels, believed to be the only one of its kind in the world, is on display at State Library of Queensland.

The ‘Queensland to a T’ exhibition explores more than 200 souvenir tea towels from the Glenn R Cooke Textiles collection held at State Library.

This remarkable collection of more than 1,500 souvenir textiles was acquired from Mr Cooke, a social historian, curator, and collector.

“I have searched the great cultural institutions of the world which, at most, have a handful and none have such a comprehensive focus,” Mr Cooke said.

"For me, collecting is about learning and these tea towels help tell the social history of the state and explain how Queenslanders saw their local communities.”

Many of the tea towels, which date back to the 1950s, were originally made of Irish linen by well-known textile mills such as the family-owned Samuel Lamont & Sons Ltd in Antrim. In the 1960s and 1970s Dennis Lamont travelled around Queensland by rail to persuade local businesses to buy their product as a promotional tool.

When he returned to Northern Ireland, Lamont’s designers would create their interpretations of the Sunshine State and ship them to Australia.

Exhibition curator Jacinta Sutton said at a time when commercial airline travel was taking off, these tea towels helped sell a certain idea of Queensland attractions, particularly the Great Barrier Reef and the Gold Coast, to domestic and overseas tourists.

The collection has examples from Birdsville to Thursday Island.

Minister for the Arts Leeanne Enoch encouraged all Queenslanders to see the range of tea towels on display.

“As a fascinating way of tracing our social history ‘Queensland to a T’ is set to bring back memories for many visitors, featuring tea towels that were part of advertising promotions, souvenir tea towels showing maps and historic locations, and those that depict our local flora and wildlife,” Ms Enoch said. 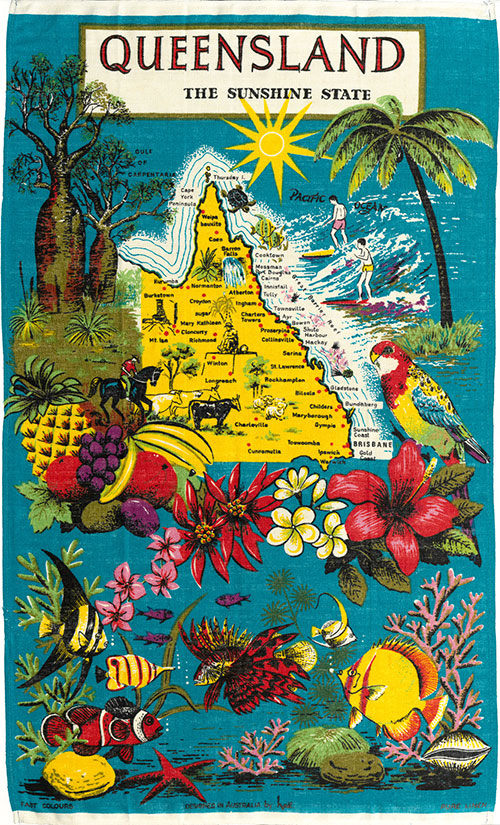 "And like opinions, we are pretty sure everyone has one. So, leave the kitchen sink behind and come and get nostalgic at our latest must-see exhibition.”

"Queensland to a T’ will be at State Library from 6 August to 22 January. The exhibition is free and open from 10am to 5pm daily.