What to do after an accident

What should I do if I’m involved in a car accident?

If you’re not sure who’s at fault or what to do following an accident on the road, we’ve got information that may help you. Follow this helpful list of dos and don'ts after a crash.

Stop your vehicle immediately and give assistance to anyone who may have been injured during the accident. If anyone has been injured or if the other driver doesn’t provide you with their name and address but you have their vehicle registration number, we recommend you notify the nearest police station within 24 hours or as soon as possible.

Exchange details with the drivers and owners of the vehicles involved or any other person whose property is damaged as a result of the accident, including name, address, vehicle registration and description.

If the other driver has not provided the required details, you’ll need to claim against them either through your own insurance company if you have full comprehensive motor vehicle insurance or through the Queensland Civil and Administrative Tribunal (QCAT) to recover either the cost of the repairs or the market value of your vehicle.

You may need a tow truck, but you are not obligated to have your car towed by tow trucks that arrive at the scene of the accident without being called. Tow trucks cannot tow a vehicle without a signed tow authority, unless they are directed by the police (the vehicle may be causing a further traffic hazard).

Clear away any glass or other material that may cause a traffic hazard.

Confirm the time and location of the accident with other parties. We suggest you don’t admit liability at the scene of the accident because this could have insurance implications.

Who is at fault in rear-end collisions?

In most circumstances, if only two cars are involved in an accident, the car that hit from behind is liable.
When there are three or more cars involved in a pile-up, it’s necessary to determine if the car immediately behind hit first, or whether it had stopped in time and was pushed by the car behind it. If this can be clearly determined, the car at the rear is responsible.

If it cannot be determined who was at fault and you are not insured, a claim can be made to the Queensland Civil and Administrative Tribunal (QCAT ) if the amount of your claim is less than $25,000. You will need to name both parties as the first and second defendants.

In situations where a car rolls back into a stationary vehicle behind it, it is the front car that is liable regardless of how close the rear vehicle was behind. In the absence of any independent witnesses however, it is difficult to prove a situation like this, unless the owner of the forward vehicle willingly admits liability.


What if I hit an illegally parked car?

Depending on the circumstances of each case, you might be liable for a traffic infringement notice and fine, and/or damages to the vehicle you hit. If the illegally parked car is on the road side too close to a corner, but the police think you should have seen it, you might be charged with driving without due care and attention.

This offence will result in the loss of three licence demerit points and the penalty will be in the discretion of the Magistrate hearing the matter. As this is a serious offence, if you are charged with driving without due care and attention, you should obtain legal advice.

If the car you hit was in the middle of the road in the face of oncoming traffic with no hazard lights on, and there was no way you could safely avoid it, different considerations would apply.

Animals on the road

Queensland regulations state that all dogs much be kept confined, and if they’re not on your property, they need to be on a lead. If a domestic pet roams the neighbourhood without restraint, and it runs in front of your car causing an accident, you may have recourse against the pet owner for negligence. However, if the pet is usually kept restrained and on one occasion it accidentally escapes from the owner’s yard, then it may be difficult to prove negligence against the pet owner.

Queensland still adopts the Common Law which states that an animal has right of way over a vehicle on the roadway. The by-laws vary according to different areas around Queensland, and often differentiate between farm and domestic animals. In areas where the road passes through open range country the Common Law applies.

Situation 1 - When both cars are reversing from opposite car parks, then both parties are equally liable and should agree to share the total damage bill, or each agree to repair their own vehicle.

Situation 2 - If one car had stopped reversing and was stationary at the point of impact, then the other car who continued to reverse is liable for damage to both vehicles. The problem in these types of situations is that often the parties disagree as to what the exact circumstances were.
Situation 3 - If only one car was reversing and they reversed into a stationary vehicle (regardless of whether it was parked legally or not) then the driver of the reversing car is usually liable for damage to both vehicles.
Situation 4 - If a driver hits a parked vehicle and is unable to find the owner of the hit car, it is not enough for the person to leave their name, address and registration number on the windscreen of the parked car and drive away.
If you’re unable to find the owner of the car, you need to report the matter to the police as soon as possible. If you fail to do so, you could be charged by the police with failing to provide your driver particulars.

If an accident is caused by an open car door, the person leaving the door open is likely to be liable for any damages. This is because you cannot cause a hazard to anyone by the way you open a car door, or get off or out of a vehicle. If you do, you could be charged with a traffic offence.

Legal action against a local council or authority (e.g. the Department of Transport and Main Roads) must take place in the in the Magistrates Court, not the Queensland Civil and Administrative Tribunal (QCAT).

Lawyers are entitled to appear in the Magistrates Court, and costs may be awarded against the unsuccessful party.

Damage caused by rocks on the road

If your car has been damaged by rocks flung up from another vehicle, you can't claim against the other driver because they are not responsible for the rock being there or for the condition of the road. Any action relating to damage caused to a vehicle by the condition of a road would need to be directed against the relevant local council or authority (eg Main Roads). However, the council or local authority will not be liable for repairing the damage to your car unless you can prove that the council or other authority had actual knowledge of the particular risk that caused the damage.

If the damage to your vehicle was caused by an object falling off the back of a truck carrying a load of goods that weren’t properly secured, you can send a letter of demand to the driver who was transporting the goods. If the other driver fails to respond to the letter of demand, further action can then be taken against them through either the appropriate court or tribunal in Queensland.

Alternatively, if you have comprehensively insurance at the time of the incident, you could have the matter dealt with by your insurer after you make a claim. 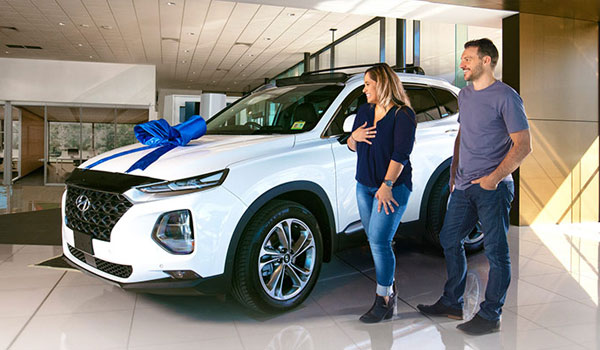 Car loans
Finance your car with RACQ Bank and you’ll get the same low interest rates regardless of whether you buy a new or used car^.
Learn more 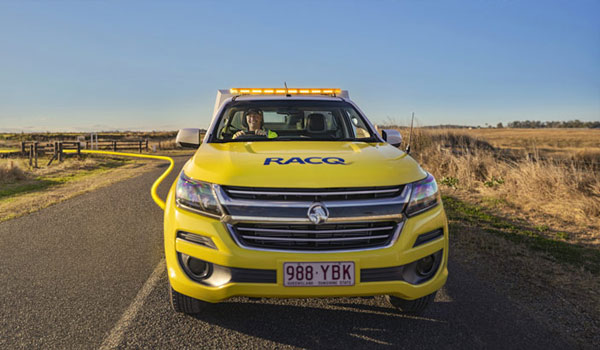 Roadside assistance
Whether you have a flat battery, a tyre that needs changing, or a fuel tank that needs topping up, we’ll get you back on the road.
Learn more 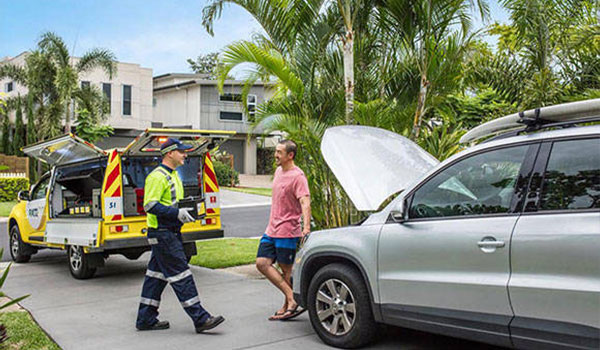