Million dollars up for grabs in NT fishing competition Competitors in the Million Dollar Fish have the chance to hook one of 99 tagged barramundi worth $10,000 and eight carrying million-dollar tags, which were released in Northern Territory waterways.

The event, which runs from 1 October until 31 March next year, opened with a bang.

The Northern Territory’s Reece Prior hooked a barramundi worth $10,000 at one of the Top End’s most famous fishing spots, the Daly River.

“I’ve just bought a boat, but I’m an avid land-based fisho and I caught this tagged barra fishing from land,” Reece said.

“I was fishing with the mate who actually taught me to fish.

“Another mate caught a tagged fish in 2018, and I’m pretty stoked I registered for this year’s comp so I could claim my prize.”

NTMEC CEO Tim Watsford said the competition was exclusive to the Territory.

“The Territory is home to some of the most unique experiences in Australia, and Million Dollar Fish is unlike any other fishing competition,” he said.

“Over the seven years of the competition, literally hundreds of thousands of dollars have been paid out to fishos, and we hope this season will be the biggest yet.”

For every $10,000 fish caught, an extra $1000 is donated to an official Million Dollar Fish charity, as nominated by the winning fisho.

Fishos must be registered for season seven of Million Dollar Fish to be eligible for prizemoney. 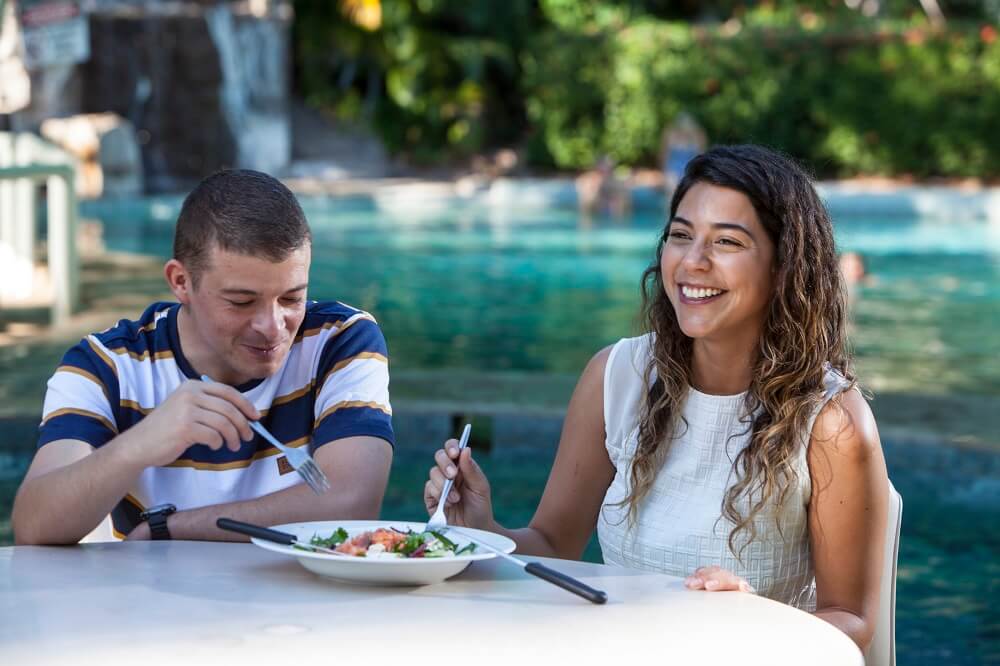 Festivals and fun in the Northern Territory