Melanoma kills one Australian every six hours. Thankfully, incredible gains on the treatment front mean a diagnosis is no longer a death sentence.

Slip, slop, slap – three words that became part of Aussie vernacular in the early 1980s. Simple words with an important message: slip on a shirt, slop on sunscreen and slap on a hat to protect yourself from the sun.

Statistics released by the Australian Institute of Health show the message was received loud and clear, with the incidence of melanoma in people aged under 40 decreasing. Melanoma Institute of Australia CEO Carole Renouf said the decrease could be attributed to the iconic sun safety campaign.

“We think the reason it’s going down in the younger crowd is due to the years of sun safety education that kicked off in the 80s,” Ms Renouf said.

“For those of us, like me, who are over 60 and used to lie on the beach slathered in coconut oil, it’s too late in the sense of significantly decreasing our risk of melanoma because the damage was done years ago.”

Which would explain why the incidence of melanoma continues to rise in that age bracket. Interestingly, though, the numbers continue to track upwards at the other end of the spectrum too, indicating that while melanoma can be caused by cumulative UV exposure over many years, it can also result from a combination of genetic and environmental factors.

Some of the latest research shows that it is sunburn before puberty – intense intermittent exposure as opposed to cumulative exposure – that significantly increases your risk of melanoma,” Ms Renouf said.

Melanoma Institute of Australia research into the mutational landscape of young melanoma patients has discovered they can have up to 2000 gene mutations. Ms Renouf said the challenge was unravelling which of those were “background noise” and which were driving the melanoma.

This is just one area of study. At any given time, up to 40 clinical trials are conducted at the Melanoma Institute of Australia across a wide range of disciplines including surgery, oncology and radiation. The work being done has seen the first-year survival rate for people with advanced melanoma increase from 25% to 75%.

“If you’d spoken to me five years ago things would have been very different – younger or older people with advanced melanoma would have had, at worst weeks, at best months, to live,” Ms Renouf said.

“But now with immunotherapies and gene therapies, and combinations of the two, we’re not only keeping them alive but potentially getting them to a stage where there’s no disease to be seen any more in the body.”

Sadly, although largely preventable by simply adopting sun safety measures, thousands of Queenslanders continue to be diagnosed with melanoma each year.

“We don’t yet know all the answers and that’s the reason events like Melanoma March are so important to raise funds for research,” Ms Renouf said.

For more information about melanomas, listen to our RACQ Living podcast. 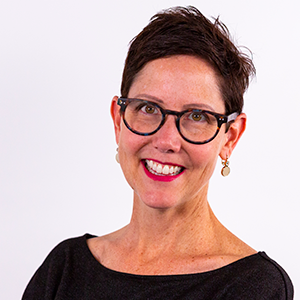 How to exercise with your kids

How much exercise you need to burn off your favourite treats