RACQ's Kate Gurney is training to swim from England to France to achieve a childhood dream. When she was a little girl, RACQ’s Kate Gurney used to ask her parents for History of the Olympics videos which she would watch on repeat, idolising athletes who conquered the impossible.

Now, the mother of two and RACQ Head of Insurance Experience and Optimisation is planning to make her own dream a reality by swimming across the English Channel in August next year. 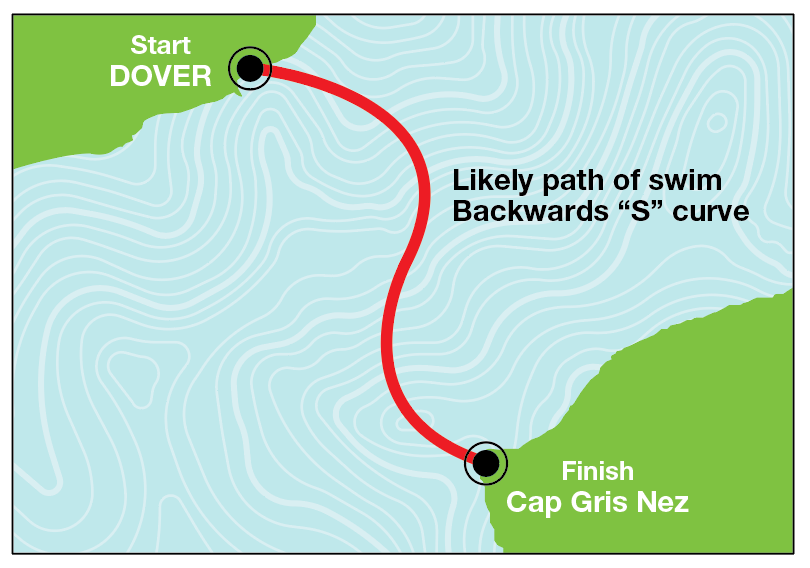 Kate is preparing to meet the challenge of uncontrollable obstacles including unpredictable weather, tides, marine life, fatigue, chaffing and the cold.

“This will be the longest swim I have ever done,” Kate said.

“I have swum 16km straight, 35km over a week and at the end of May I plan to do the Gold Coast Marathon which is a 21km swim.

“I’m currently training four to five times a week and do open water swimming on the weekends.

“I will be swimming a spring tide which means the tide could push me back.

“I’ve heard of people who have only had a couple of kilometres to go and it’s taken them an hour which would usually take 20 minutes or less.”

Not only do athletes need to be physically ready for the swim they also have to abide by a long list of rules including ‘never touching the boat’.

“For an official swim you can’t touch the boat at any time and you can only stop to consume food,” Kate said.

“Food and drink is passed to you from the boat in a bucket on the end of a long pole and is usually in liquid form so that you can consume it quickly.

“Every time you feed you can get pushed back, especially if there is a turn in the tide.”

Basic togs, goggles and cap is all you can wear and most swimmers cover themselves in grease or body lotion to prevent jellyfish stings and chaffing. Throughout the swim Kate will be followed by her support team including her pilot and crew, an official, her personal trainer, coach and husband for moral support.

“This is very much a team event and I feel like I will have the right people by my side to motivate me,” Kate said.

“One person who I have a lot of admiration for is a lady by the name of Gertrude Ederle.

“She was the first female swimmer to cross the channel on 6 August in 1926 – so I feel like I am swimming her slot.

“She was told, even by her coach, that a woman can’t cross the channel.

“She did it and broke a world record.

“I’ve always been fascinated by these kinds of people who try the impossible.

“I get quite emotional thinking about what it will feel like to finish the swim and clear the water.

“I think I will just sit on the beach and take a moment to quietly reflect on this sizeable achievement.”