RACQ05/01/2017
News
Shocking new figures released by RACQ found the majority of Brisbane motorists do not know how to properly indicate on roundabouts. 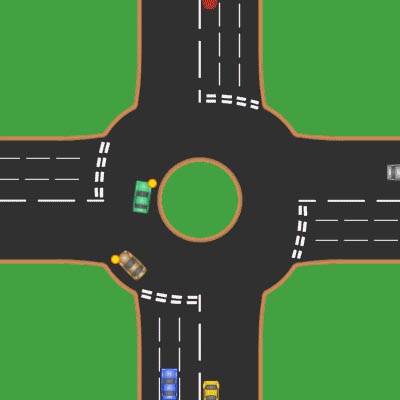 The State’s peak motoring body urged drivers to brush up on their road rules, after more than 60 percent of motorists failed to pass the roundabout test.

RACQ’s Lauren Ritchie said it was worrying how many motorists failed to get the basics correct.

“We audited multiple roundabout sites around Brisbane and it’s clear most drivers just don’t get it,” Ms Ritchie said.

“Indicating is the main means of communication between motorists and when you don’t communicate well accidents can happen.

“Worryingly, our study also found drivers were copying the behaviour of the car in front, even if they were indicating incorrectly.”

Ms Ritchie said RACQ’s data was a timely reminder for all Queenslanders to check they were performing the manoeuvre correctly.

“Indicating incorrectly may appear to be a minor traffic infringement but it can have a huge impact while you’re out on the road, especially to frustration levels of other motorists,” she said.

“If you need any more incentive to stick to the rules, failing to signal properly on roundabouts can lead to a $73 fine and two demerit points.”