RACQ17/03/2021
News
UPDATE: Planned closures for Brisbane's Riverside Expressway as part of the Queen's Wharf development have been rescheduled. 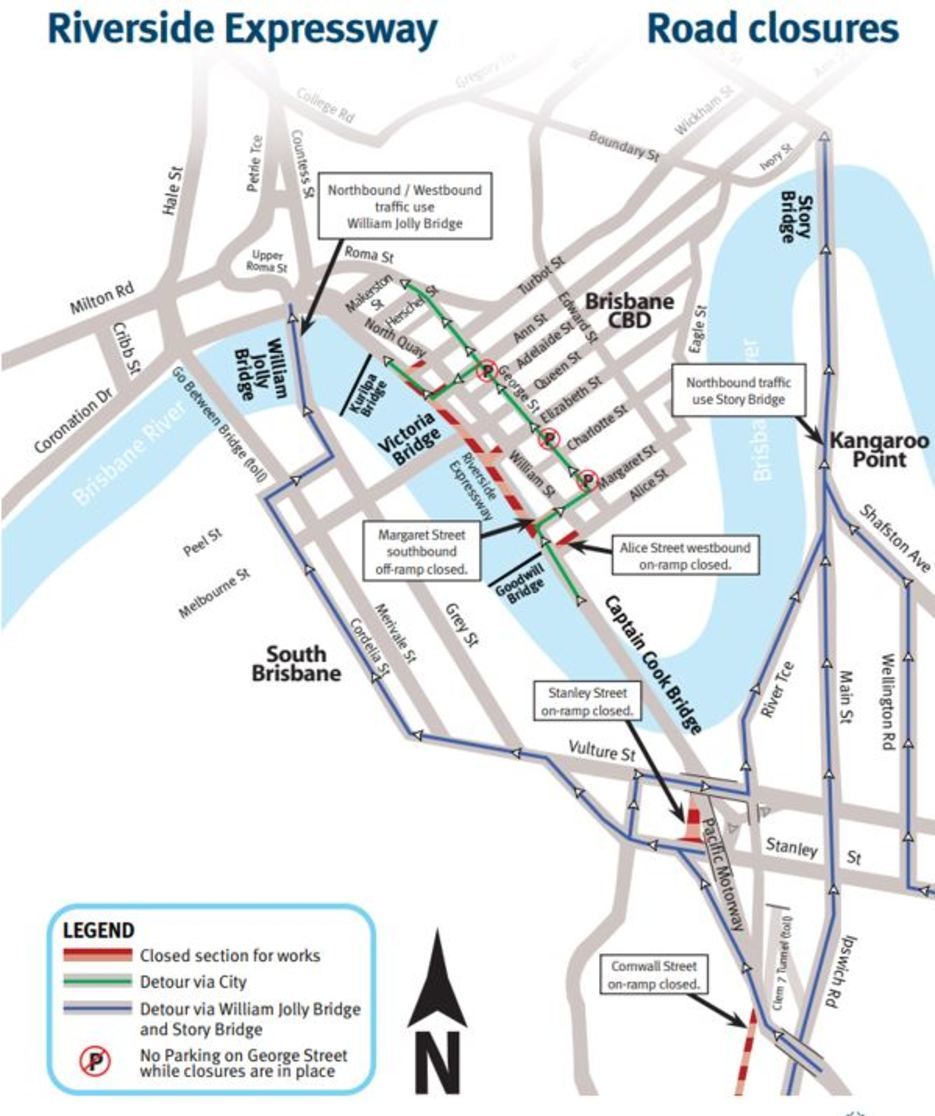 Destination Brisbane confirmed the works had been postponed to a date yet to be determined, but was likely to be after Easter.

RACQ had previously warned drivers Brisbane’s Riverside Expressway would be closed to traffic for five nights as construction progressed on the Queen’s Wharf development.

Southbound lanes of the Riverside Expressway between Tank Street and Alice Street were due to be closed from this weekend while a steel structure was erected above the motorway but this work had been postponed.