RACQ05/05/2021
News
RACQ has welcomed plans for a new cycle bridge at Woolloongabba which formed part of a push to fill in the missing links in Brisbane’s commuter bike network. 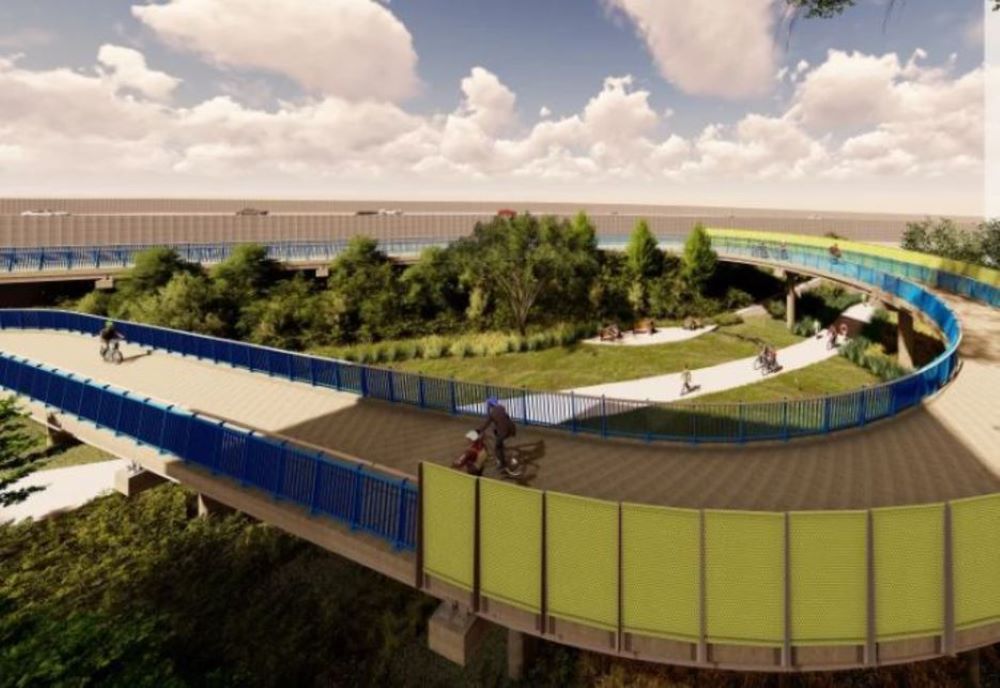 Brisbane Times reported the proposed $14.5 million cycle bridge would be built across the busy O’Keefe Street intersection, near the Buranda train station.

RACQ Head of Public Policy Rebecca Michael said the project would improve safety for cyclists by linking two sections of the existing bikeway.

“Separated cycling infrastructure is the best way to protect riders, so getting them off the busy intersection and away from general traffic will keep these vulnerable road users safe and make more people feel confident riding,” Dr Michael said.

“The new bridge will also allow for better first and last mile connections to the Buranda train station, making switching to an e-scooter or bike for the remainder of their trip more attractive to commuters.”

Dr Michael said while the bridge was welcomed, it drove home the need for a consistent level of service standard for Brisbane’s bicycle network.

“Currently Brisbane City Council and the State Government build cycle infrastructure in a patchwork approach which leads to disjointed bike paths and often requires travel on unsafe road sections to complete a full trip,” she said.

“For example, not far from O’Keefe street, we assessed the safety of cycling infrastructure on several priority cycle routes, and it was found that Main Street and Riverside Terrace which provide key connections into the city had a low star rating of three stars or less.

“A service standard and set of criteria would help the State Government and Council in identifying, designing and prioritising the missing links in both major bikeways and also suburban connections to and from these high-capacity cycle paths.

“If we’re to make travelling by bike an attractive option for commuters, to encourage them out of their cars, we have to makes sure it’s safe, connected and comfortable.”