RACQ19/09/2021
News
RACQ has reminded motorists and public transport users of permanent traffic changes in the CBD from midnight Sunday (19 September) to make way for the Brisbane Metro tunnel construction. 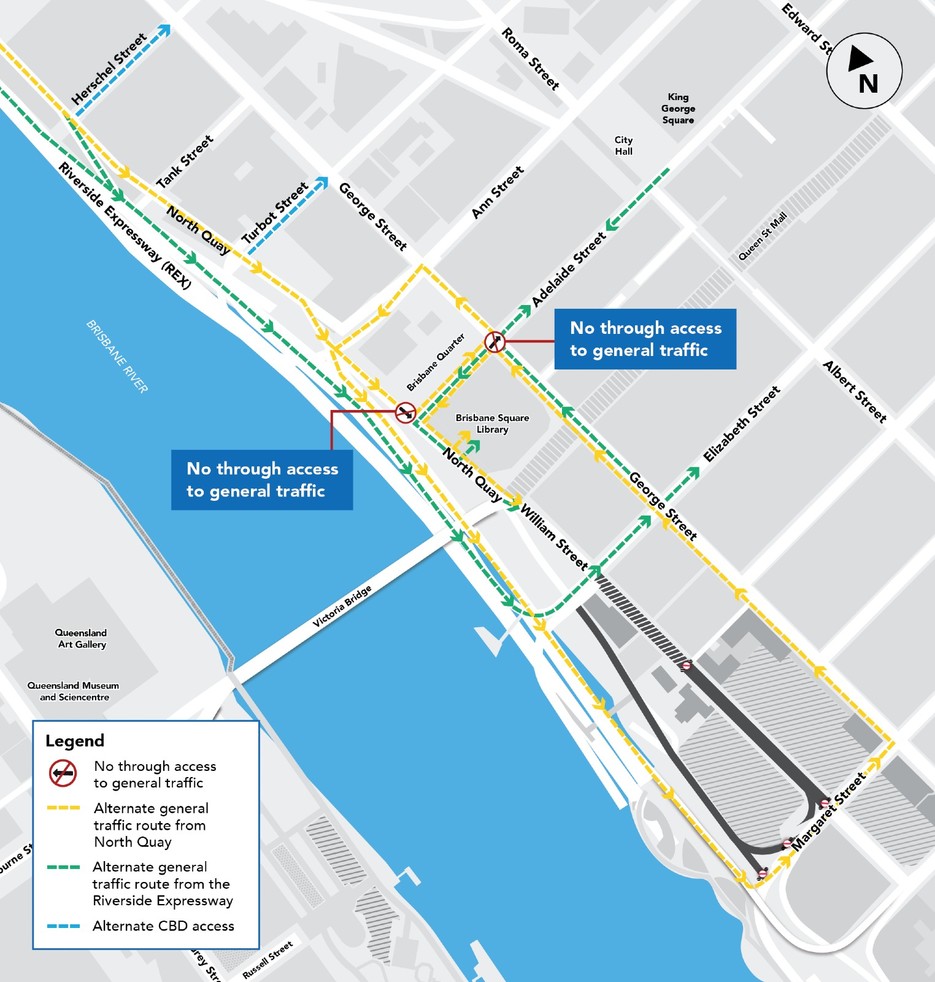 “Drivers can also take the Herschel or Turbot Street exits from North Quay or the Elizabeth Street off ramp as alternative routes to the CBD from the Riverside Expressway.

“Brisbane Metro is game-changer which will position our city well for the 2032 Olympics and beyond, so while the closures may be frustrating it’s a little pain for a lot of gain.”

Ms Hunter said some bus stops would also be removed to make way for the project.

“The North Quay bus stop 109/110 will permanently close to all bus services while Adelaide Street bus stop 48 won’t operate during the major construction works,” she said.

“This means if you catch any bus services at these stops you will be re-routed through the CBD to alternatives, so factor that into your journey time.”

More information on the changed traffic conditions was available by contacting Brisbane Metro’s 24/7 hotline on 1800 318 059.