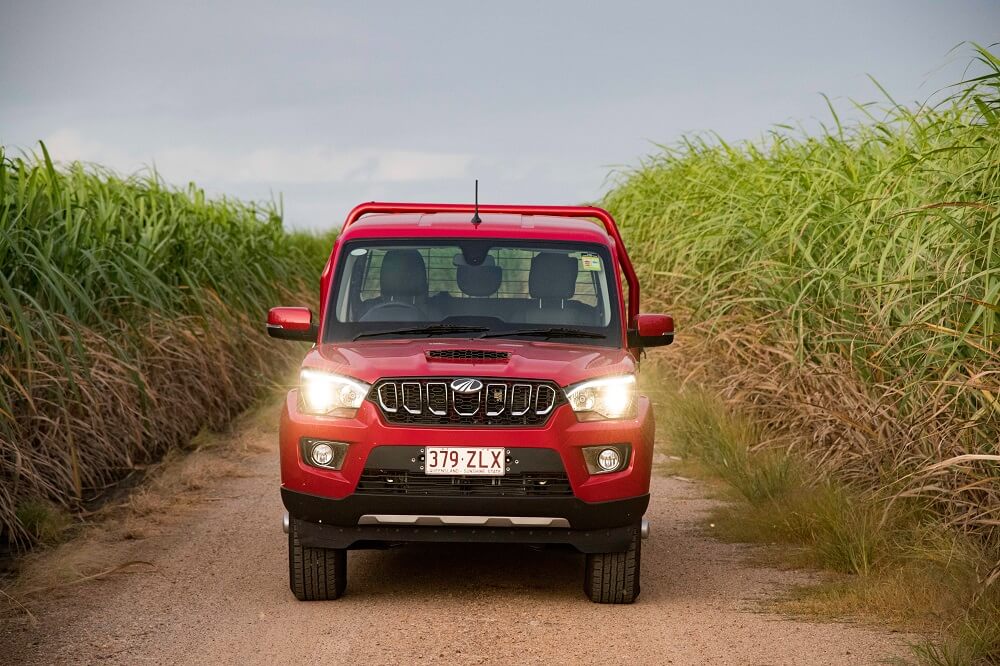 A question asked often of motoring journalists is the inevitable, “what’s the best car you’ve ever driven?”

Despite having several decades to practise a response, it’s a question this scribe struggles with, as it’s akin to being asked to choose your favourite child.

The inverse, however, isn’t nearly so difficult, since the worst car I’ve ever driven is most definitely a Mahindra.

Not just any old Mahindra, but a crude Peugeot-diesel-powered knock-off of a World War II Willys Jeep that was briefly sold here in the early 1990s and was a truly awful machine everywhere except when ploughing across muddy paddocks.

Out on the road, its progress was characterised by a lamentable lack of speed, wayward handling and bits that fell off as you drove. Literally.

So you can imagine my trepidation when I was handed the opportunity to re-familiarise myself with Mahindra after a near 30-year hiatus, by way of a week-long test drive in the brand’s recently refreshed MY20 PiKup.

Despite the painful memories, first impressions of the new Mahindra were overwhelmingly positive; the open-top Jeep styling has long since been replaced by a more sophisticated dual cab pickup body, which if you squint a bit looks like a three-quarter-scale Toyota LandCruiser 79 Series.

Like the LandCruiser, the PikUp has a no-nonsense, workmanlike air about it, with slab-sides, an upright windscreen and a drop-side tray back affixed to its rear.

Unlike the circa $70k Toyota, however, the Mahindra rolls out of the showroom at the bargain basement price of just $32,990 drive away, including a factory well-side tub.

The model we drove stretched to a still-keen $37,500, with optional powder-coated galvanised steel tray and side steps.

Thankfully, the PikUp’s lustrous paint, 16-inch alloy wheels and splashes of chrome finish are a world away from its primitive predecessor, as is its interior fitout which, in place of a bare-metal dash has proper plastics, padding and even a pair of airbags. 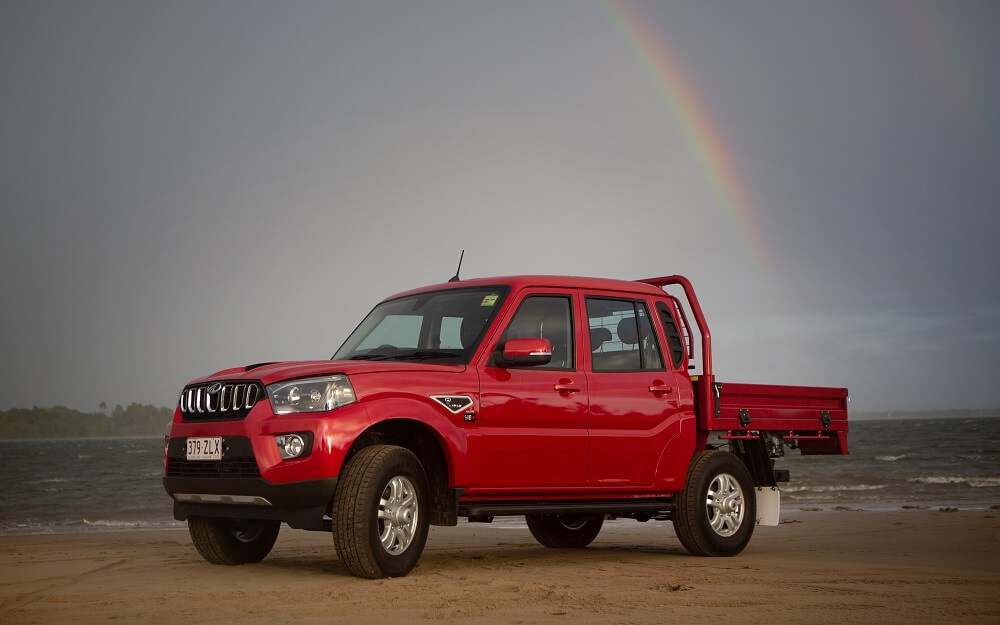 Given the PikUp’s budget pricing it would be unreasonable to expect Japanese or Korean-quality interior plastics, and while the materials look hardy and durable, they’re coarse and exhibit a slight petro-chemical odour.

Despite this, the interior is not the bare-bones work environment the exterior might suggest, with carpeted floors, soft-touch fabric roof lining, and a well-laid-out dash with clear instrumentation.

A 7.0-inch touchscreen plays a jaunty brand-signature tune and graphic on start-up, but more importantly offers Bluetooth connectivity, a reversing camera and controls for the audio and sat-nav system.

Its vertical orientation makes it difficult to read in certain light, however, and the icons are smaller and fiddlier than is ideal.

The multifunction steering wheel, with controls for audio and cruise, is adjustable for height but not reach, while the driving position is fairly upright.

Nonetheless, the fabric-covered bucket seats are comfortable and supportive, with fold-down armrests and height adjustment on the driver’s seat.

The fixed-bench is likewise comfy and supportive, with a fold-down centre armrest and two ISOFIX child seat mounts. Otherwise, there’s good head, foot and legroom, even if seated behind a taller driver.

Transmission options for the PikUp are manual only at present, which will limit its appeal, but Mahindra Australia says a six-speed automatic is due in mid-2021.

Thankfully, the long-throw six-speed is smooth and easy to operate, working harmoniously with a well-weighted clutch to deliver satisfyingly smooth take-up and shifts.

Beneath the bonnet is a 2.2-litre intercooled turbo diesel four-cylinder, boasting outputs of 103kW/320Nm.

It’s an impressively smooth and willing unit, achieving peak torque between 1500 and 2800rpm, so is flexible enough to be short-shifted, or to lug a tall gear from low revs without drama. We never had a chance to test the dual-range part-time 4x4 system – operated via a switch on the centre console – with its choice of 2WD, 4WD high and 4WD low.

The latter is geared to give an impressively low overall reduction of 42:1, which along with 210mm of ground clearance, sharp approach and departure angles, hill descent control, and an Eaton mechanical locking rear diff lock, all point to strong off-road credentials.

The PikUp rides on a sturdy ladder-frame chassis, with a live axle and leaf springs at the rear, and an independent suspension with torsion beams up front.

As is to be expected for a work ute with a 1070kg payload and a 2500kg braked towing capacity, the unladen ride is pretty firm and the PikUp bucks and kicks over lumpy stuff, but its handling is otherwise safe and predictable.

The steering, which is decently weighted in the straight ahead, loads up in bends and during tight manoeuvres.

Despite brick-like aerodynamics, the PikUp hums along effortlessly at the speed limit, the tacho showing a smidge over 2000rpm at 100km/h in sixth.

You’ll need to find fifth at any hint of a hill, however, and overtaking manoeuvres are best approached judiciously.

The claimed combined cycle fuel consumption of 8.8L/100km is fairly respectable, although we achieved a slightly higher 9.8 over 400km of mixed urban and country driving.

Out back the PikUp features a sturdy galvanised steel tray with checker-plate base and drop-sides that make for easy loading.

There are handy tie-down bars on either side of the tray and a lightweight pressed metal roll bar behind the cab for further securing items.

It all seems pretty well screwed together and after a week at the wheel I came away with a new view of Mahindra and a genuine regard for this honest-as-the-day-is-long work ute.

Backed as it is by an excellent five-year warranty, with five-year roadside assist and a four-year capped price servicing deal, the Indian-manufactured ute is arguably the best value workhorse on the market today.

A sizeable drawback, however, is the lack of a current ANCAP crash safety rating.

Despite the PikUp having gained some additional safety features in the intervening years, it was last crash tested in 2016, when it achieved just three stars.