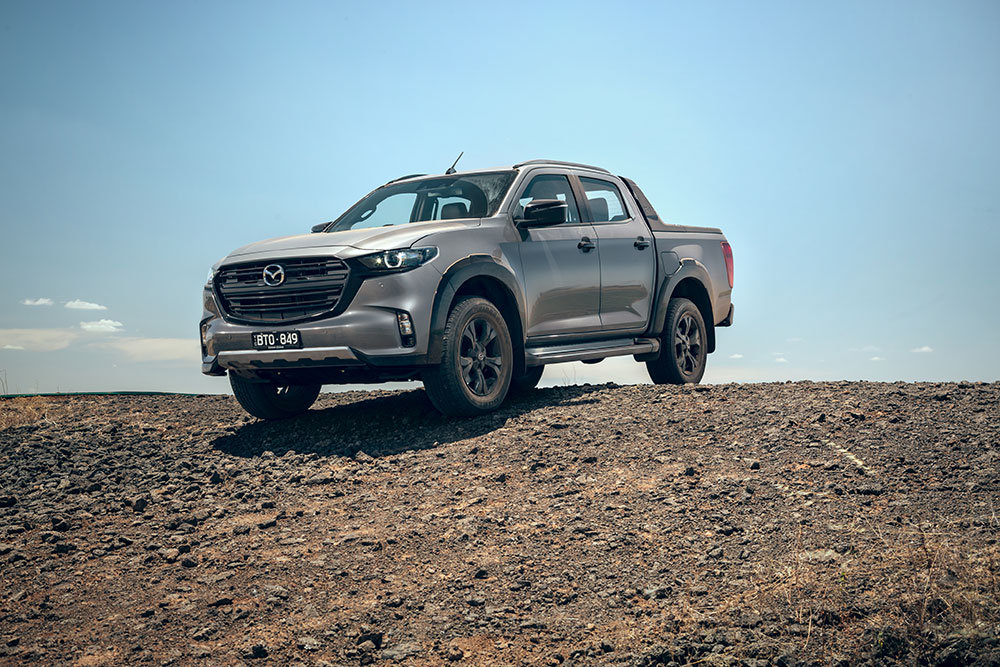 If imitation is the sincerest form of flattery, then the product planners behind the Toyota HiLux Rugged X and Ford Ranger Wildtrack should be blushing with pride at Mazda’s launch of its new dual cab 4x4 ute, the BT-50 SP.

The hot-selling variants of these market-leading ute brands have a swarm of rivals including Mazda in furious pursuit, matching their offerings with semi-customised utes that boast extra showroom appeal and premium pricing.

Fans of the Hiroshima brand will know that the SP logo carries special significance for Mazda, as it’s been attached to some important sports and performance models over the years, most notably the rotary-engine RX-7 SP.

Along the way, the idea of SP denoting performance modifications has given way to a more visually enhanced approach, including unique wheels, colour combinations and additional features. 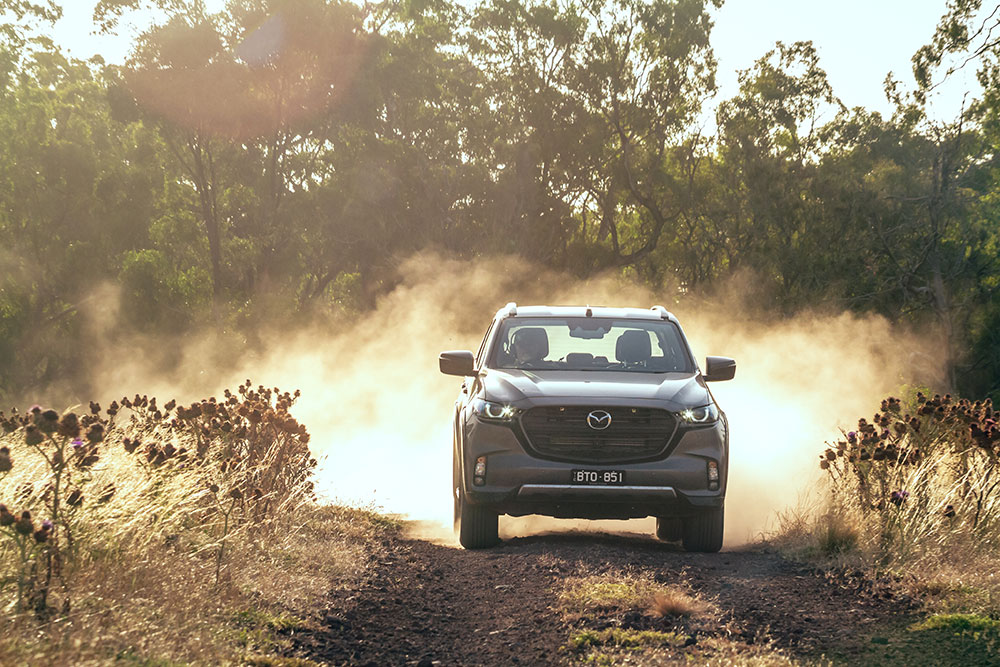 That’s very much the approach with the BT-50 SP, the first ute to wear the famous moniker, which gets no performance mods per se but adopts a range of extras that enhance its looks and showroom appeal, all at a higher sticker price of course.

This isn’t Mazda’s first foray into the customised ute scene, with the current top-spec BT-50 Thunder having made its debut in April last year featuring fancy bar work, lairy logos and a rich selection of extras to justify its $67,990 driveaway price.

Pricing and specification for the new SP variant slots it neatly into the range between the Thunder and the BT-50 GT, effectively providing a stepping stone between the luxury of the GT and the machismo of the Thunder.

That means a sticker price of $63,990 drive-away for the 3.0-litre turbodiesel equipped 4x4 Dual Cab Pickup with manual transmission, or $66,990 for the automatic. 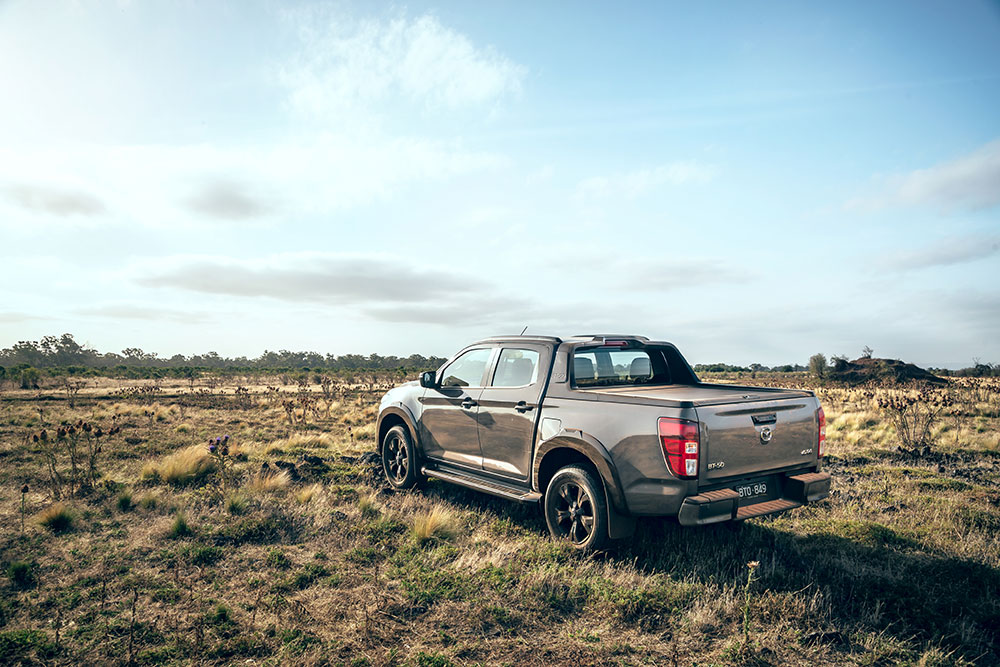 But it adds to this with an auto-dimming interior mirror and attractive “black and driftwood” coloured leather with synthetic suede trim on both rows of seats.

It’s enough to ensure the SP stands out from the crowd but is a little more subdued in appearance the than the Thunder.

Beneath the bonnet the BT-50 SP boasts the same, gutsy 3.0-litre four-cylinder turbo diesel as before, channelling its competitive 140kW/450Nm through a six-speed auto in our test vehicle, a part-time 4WD system with high and low range and a selectable rear differential lock.

The engine is an honest toiler but lacks a bit of fizz and doesn’t feel as lively as its relatively recent birth date would suggest. 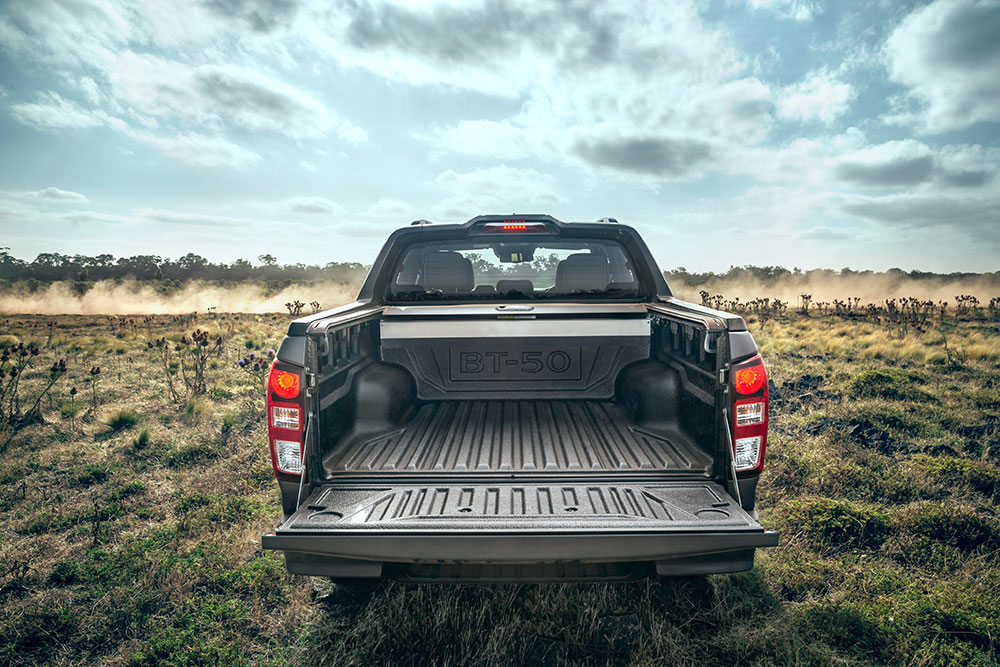 Nevertheless, it easily handled everything the single-day launch program threw at it, including a mix of on and off-road driving and a stint towing a 1000kg braked trailer.

The engine combines well with the auto and there’s enough grunt available to ensure the gearbox doesn’t fuss about changing up and down the ratios unnecessarily.

If anything, it feels quite under-stressed, which may not be to the tastes of drivers who like to see the tacho swinging eagerly across the rev range, but probably augers well for long-term durability.

The significant chassis and suspension changes introduced with the new BT-50 in 2020 make this vehicle a much nicer on-road proposition than its predecessor, with notably better steering, handling and road holding.

But whether it’s this Mazda or its many rivals you can’t get around the fact these utes are designed to haul substantial payloads, meaning their unladen ride is significantly firmer (read rougher) than most conventional vehicles. 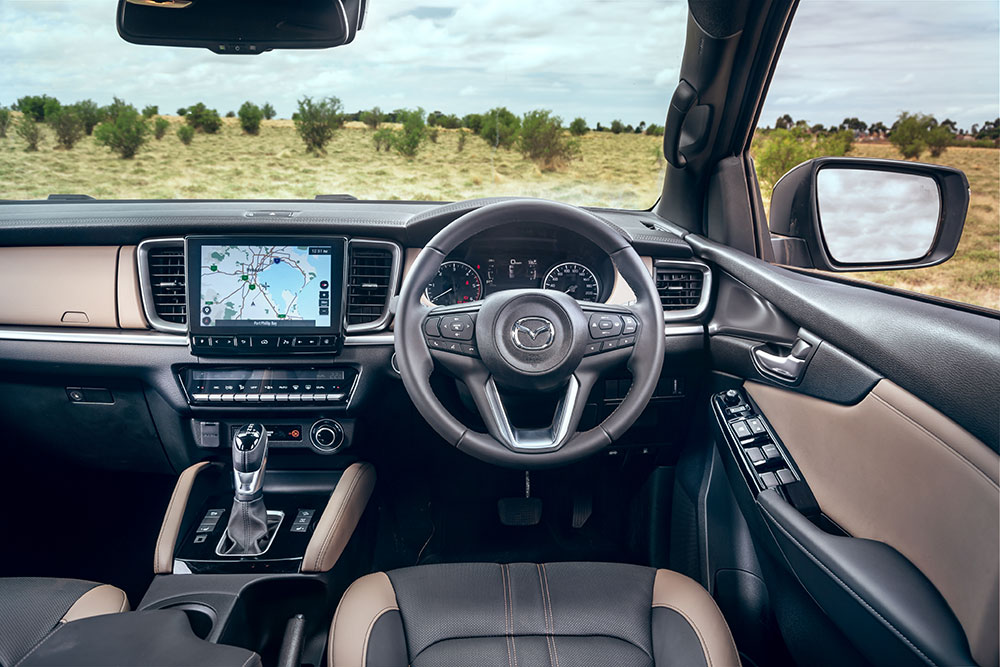 While 4x4 ute ride quality may not have improved greatly over the years, one thing that has is their safety performance, with the BT-50 sporting an excellent five-star ANCAP rating.

Among its comprehensive suite of safety features are eight-airbags including knee and centre airbags and an advanced driver assistance system that includes what has been described as an over-zealous lane departure system.

Basically, the thing pings at you the moment a wheel crosses a road marking, which can be frustrating, so Mazda has addressed the criticism by making the system switchable via a steering wheel mounted switch.

A reasonably challenging off-road section confirmed what we already know in that the BT-50 is a proper all-terrain vehicle with a substantial window of off-road ability.

The combination of a strong ladder-frame chassis, good ground clearance, proper low range gearing and a selectable rear differential lock means it has the goods to tackle most conditions.

The relative lack of wheel travel from the independent front suspension is somewhat of a limiting factor in certain conditions, but the extra traction of the rear diff lock largely compensates for this.

Given the absence of mechanical upgrades, other than wheels and tyres, it should come as no surprise that the BT-50 SP drives little differently to existing models in the range. 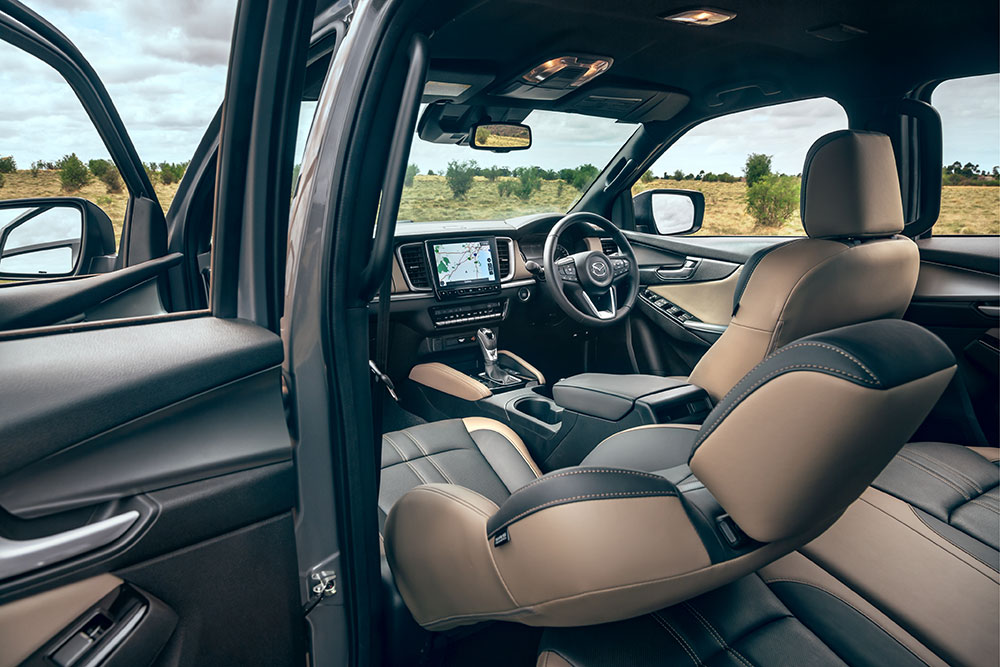 That’s no bad thing, given that the Mazda is one of the more civilised and safe 4x4 utes on the market today.

What the SP variant does do is provide some extra visual flair, along with an impressively high level of comfort and convenience features for a few grand less than the top-spec Thunder.

It’ll get the dirty jobs done in style and is a timely addition to the range for a brand that plans on selling even more examples of its workhorse model in 2022 than it did during a record-breaking 2021.

On that note, Mazda isn’t facing the same supply constraints impacting other many brands at present, with the company’s Managing Director Vinesh Bhindi telling journalists at the BT-50 SP launch that the company’s dealers are in a good position to meet customer demand in 2022.