Ged Bulmer07/10/2020
EVs
Korean car maker says flying cars are for the birds as it takes the first step towards walking cars. 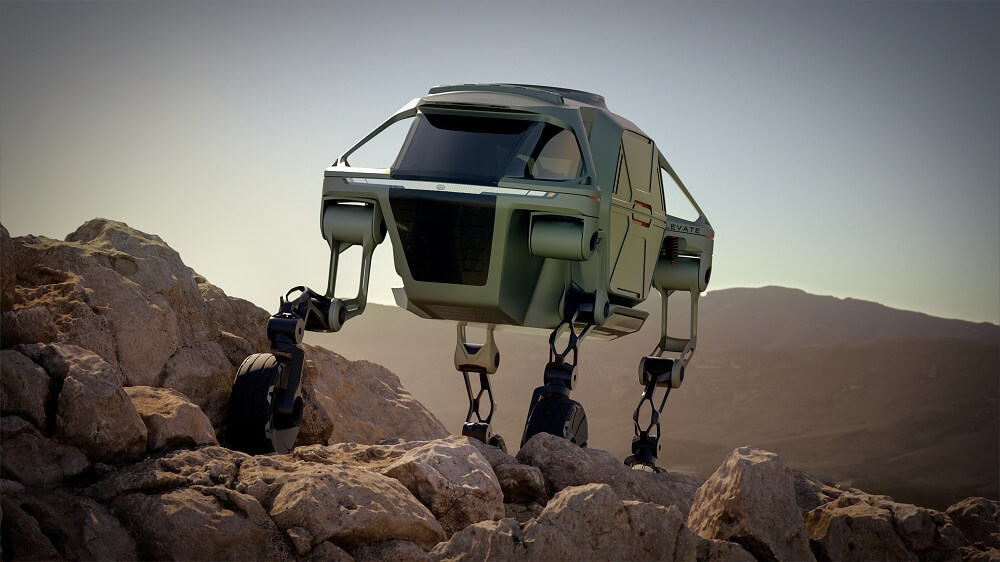 Flying cars have been a dream for inventors and entrepreneurs for decades, one that remains as elusive as ever.


Korean car maker Hyundai, meanwhile, appears to have decided that developing a walking car might actually be more a feasible and useful.

The company recently announced the formation of what it calls the “New Horizons Studio”, a new business unit intended to push the extreme limits of vehicle development by “building vehicles to traverse off-road terrains with unprecedented mobility, through a combination of robotics and wheeled locomotion technology”.

Hyundai has head-hunted personnel from California’s Silicon Valley tech-hub to head the program, which will “reimagine how vehicles might traverse the world”, by focusing on the development of Ultimate Mobility Vehicles (UMVs), including the Hyundai Elevate concept vehicle. According to a statement from Hyundai the new division’s products will target customers who “have a need for travel in unconventional and off-road terrain, including places where vehicles have never roamed before”.

These vehicles will be subject to the most challenging applications and environments and be adaptable to changing conditions.

The person charged with heading the new division is its Vice-President Dr John Suh, who has held several leadership roles at Hyundai Motor Group since 2011 and brings more than 35 years of expertise in the automotive and emerging technology sectors. Joining him at New Horizons Studio is Dr Ernestine Fu, who is its new Director of Product Management.

She has led research on human operator and autonomous vehicle interactions at Stanford University’s Volkswagen Automotive Innovation Lab, among other roles, said Hyundai.

The Hyundai Elevate concept will be the first vehicle to be developed at New Horizons Studio. The Elevate was unveiled at the giant Consumer Electronics Show (CES) in Las Vegas in 2019 and uses a combination of robotics and wheeled locomotion technology.

It’s remarkable for the fact it doesn’t rely solely on wheels so can address challenging driving situations.

Examples given for how the Elevate could be deployed is as a car with robotic legs that could be used by first responders in natural disasters; or by wheelchair users who do not have access to a ramp, requiring a car that can walk up to their front door, level itself, and allow wheelchairs to roll right in.

Hyundai said the new unit developed the company’s vision to shape the future of mobility and on-board forward-thinking, innovative leadership from Silicon Valley and other innovation hubs.