Hyundai recycles something old for something new with its EV brand Hyundai has pinched the name of its own Ioniq electric car to use as the overarching brand name for its new battery electric vehicle range.

The Hyundai Ioniq is a small car that’s been on sale in Australia since 2018 with a range of hybrid electric, plug-in hybrid and battery electric powertrain options.

Introduced globally in 2016, it was the world’s first and only model to offer a choice of three electrified powertrain options within a single body type.

Now, Hyundai has decided the Ioniq name is so good that it wants to apply the moniker to its dedicated range of battery electric vehicles (BEVs). But in a case of adding insult to injury, the existing Ioniq vehicles will not be housed under the new brand.

The Korean car maker said in a statement that it first introduced the term Ioniq, which fuses “ion” and “unique”, when it announced Project Ioniq, a long-term research and development project focused on eco-friendly mobility.

Having subsequently applied it to the Ioniq model, the company now wants to redeploy the name as its figurehead BEV brand in what it says is a “response to fast-growing market demand,” as it accelerates plans to lead the global EV market.

Hyundai used the occasion of the brand reveal to announce the launch of three new numerically named EV models under the Ioniq brand over the next four years, with the even numbers to be used for sedans and the odd numbers for SUVs. 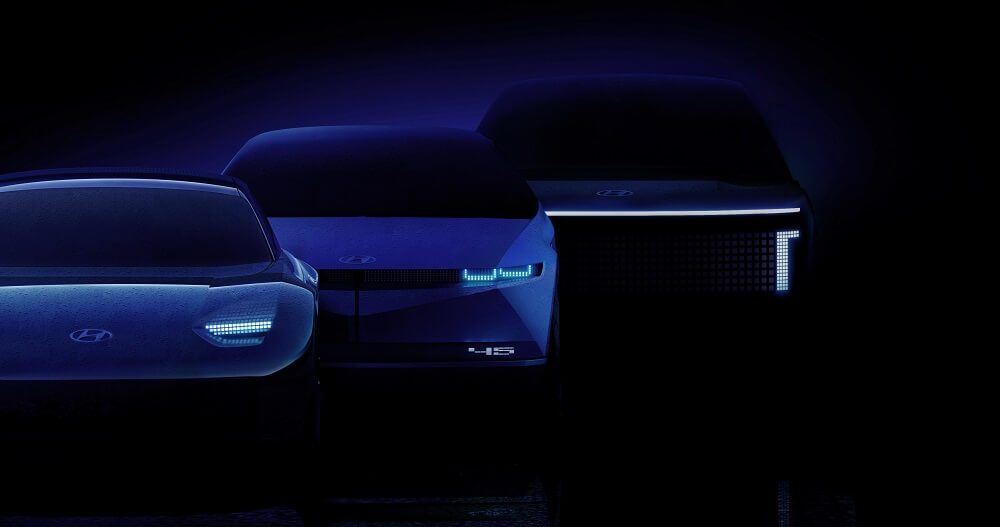 The new-wave EV product assault starts in early 2021 with Ioniq 5, a mid-size electric SUV based on the concept EV “45”, which the company unveiled at the International Motor Show (IAA) 2019 in Frankfurt earlier this year.

In 2022, Hyundai will introduce the Ioniq 6 sedan, which is based on the company’s latest concept EV “Prophecy”, unveiled in March; followed in early 2024 by Ioniq 7, a large SUV.

The company said all new Ioniq models would be built on an Electric Global Modular Platform, known as E-GMP that would enable fast charging capability and plentiful driving range.

The EV-dedicated platform will allow designers and engineers to reimagine the vehicle interior as a “smart living space” with highly adjustable seats, wireless connectivity and unique features such as a glove box designed as drawers, said Hyundai.

Ioniq’s brand mission will be to combine Hyundai’s current EV capabilities – such as ultra-fast charging, spacious interior and battery-supplied power – with future innovations that combine design, technologies and services to integrate in-car and out-of-car experiences for a seamless journey.

“With a new emphasis on connected living, we will offer electrified experiences integral to an eco-friendly lifestyle.”

Hyundai Motor Group recently announced its Strategy 25 business plan, which sets out a plan for the company to become the world's third-largest automaker of eco-friendly vehicles by 2025, with 560,000 BEV sales in addition to fuel cell electric vehicles (FCEV).

The group aims to sell one million battery electric vehicles and take 10% share to become a leader in the global EV field by 2025.

Hyundai said the launch of the Ioniq brand dedicated to EV models reinforced its commitment to clean mobility and reflected its ongoing transformation as a “smart mobility solution provider” with zero-emissions solutions.