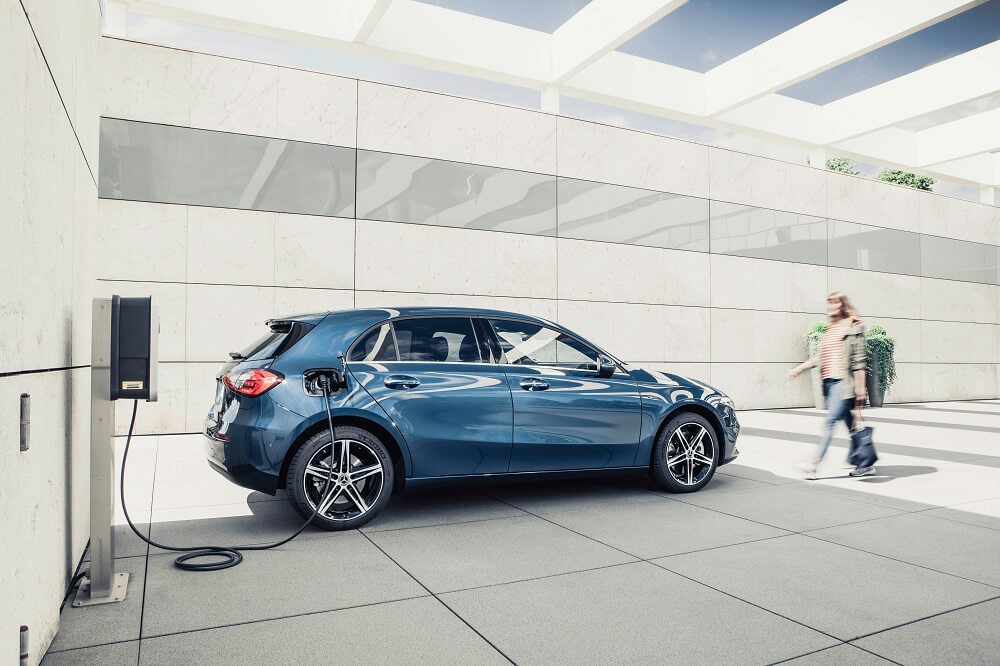 Mercedes-Benz has added a plug-in hybrid variant to its compact A-Class range, claiming the new A250 e hatch and sedan are capable of travelling up to 73km in all-electric mode.

A statement from the German prestige car maker said the release of the newest A-Class model, which falls under its EQ Power banner, is an important milestone on the company’s journey to zero-emissions driving.

According to Mercedes-Benz the launch of the A250 e hatch and sedan creates a “best of both worlds” scenario, with the new model able to complete journeys around town of up to 73km in electric vehicle (EV) mode, using only its electric motor and on-board battery. Meanwhile, a 1.3-litre, four-cylinder internal combustion engine (ICE) is available and comes into its own to complete longer road trips. 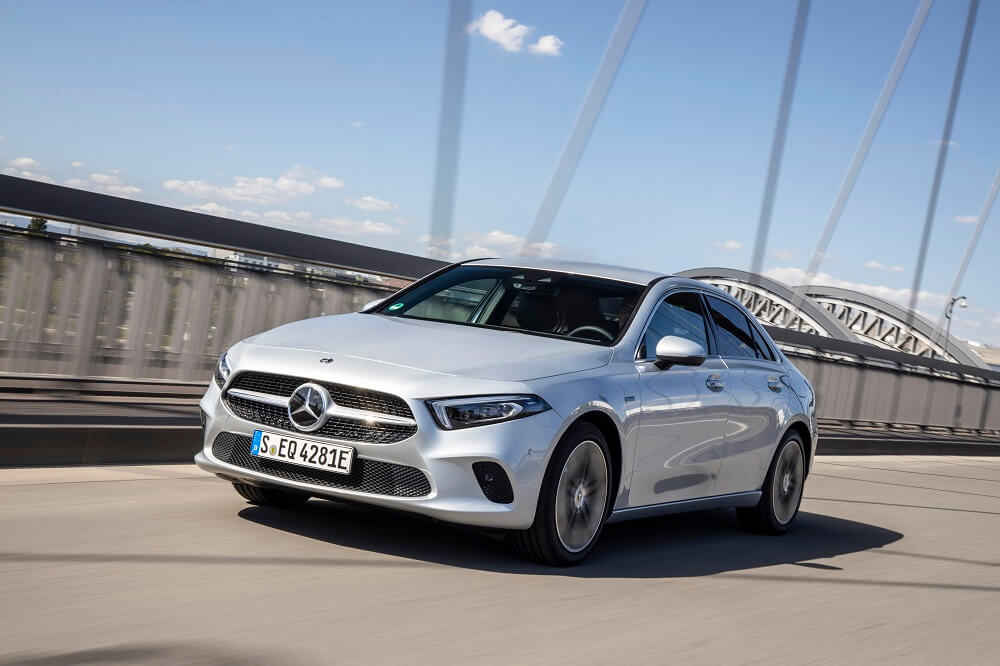 This compares favorably with the sporty turbocharged 2.0-litre four-cylinder powered A250 sedan and hatch, which boast outputs of 165kW/350Nm.

While their outputs might be similar, Mercedes-Benz claims the PHEV’s ability to switch seamlessly between EV and ICE drive modes delivers exceptional fuel economy in the order of 1.6L/100km, versus the 6.4L/100km average of the ICE-powered A250.

The enhanced fuel efficiency doesn’t come at the cost of performance, though, with the combined output of the electric and petrol-powered motors enabling 0-100km/h acceleration of 6.6 seconds for the hatch, and 6.7 seconds for the sedan. That’s more than two seconds quicker than the base A180 hatchback, and only a few tenths off the pace of the turbo petrol A250.

The A250 e puts its power to the front wheels via an 8G-DCT Hybrid eight-speed auto, joining the Mercedes-AMG A 45 S as only the second model in the A-Class range to receive an eight-speed transmission.

Other models boast a seven-speed transmission, with Mercedes-Benz claiming the extra cog improves the car’s fuel efficiency and all-electric range. 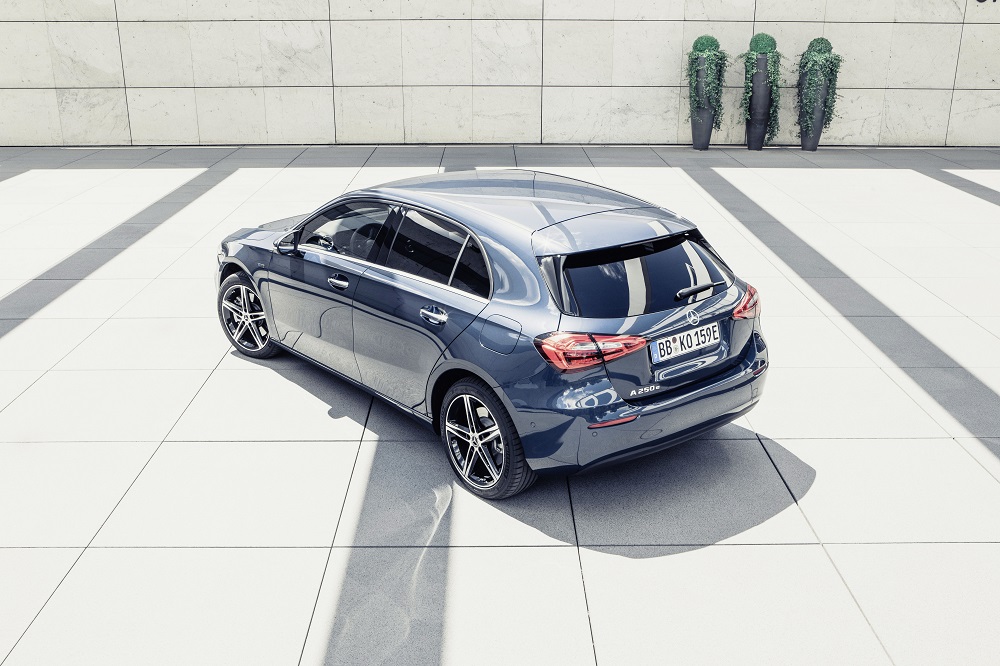 The company says the A-Class was designed from the outset to accommodate the PHEV drivetrain, requiring only a small reduction in boot space in either the hatch (310 litres) or sedan (355 litres).

The water-cooled lithium-ion, high-voltage battery weighs 150kg but some of this is offset by a smaller 35-litre fuel tank and elimination of the separate 12-volt starter, since the engine is started by the electric motor.

A neat feature for hot climates like Queensland is a pre-entry climate control system that allows the cabin to be cooled before the vehicle is started, thanks to the A250 e using an electric refrigerant compressor. 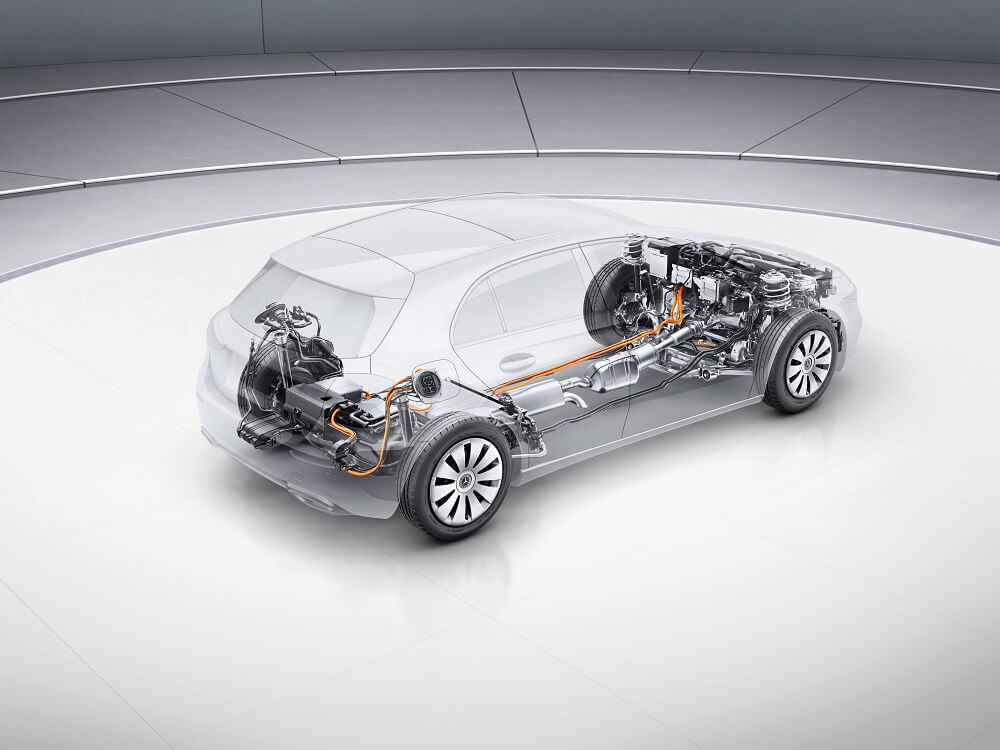 The feature can be activated via a smart phone app, which also includes remote vehicle status monitoring.

On the charging front, the A250 e models come standard with a Type 2 plug enabling charging via standard AC household power at up to 3.7kW.

A faster charging home wall box is available as an option for $1250 (MRLP), delivering up to 7.4kW on single-phase power, or 22kW on three-phase power. 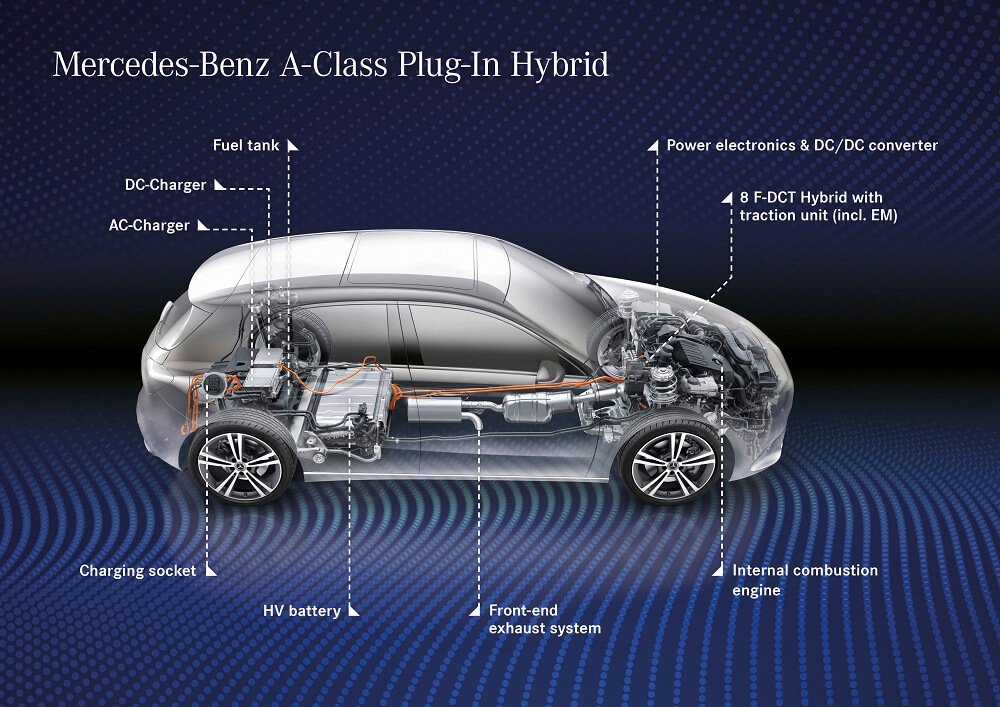 Finally, customers can also purchase a DC Charging Package for $1490 (MRLP), which introduces fast DC charging at 24kW via a Type 2 CCS plug.

Using DC charging, it’s possible to charge from 10% capacity to 80% in 25 minutes, according to Mercedes-Benz. The DC charging package also upgrades the car’s AC charging system to 7.4kW.

Mercedes-Benz has previously said it is aiming for the complete de-carbonisation of its products and production processes by 2039. In addition to shifting to green manufacturing facilities and processes, the company is planning to exclusively offer either battery-electric, hydrogen-powered electric, and/or plug-in hybrid vehicles. 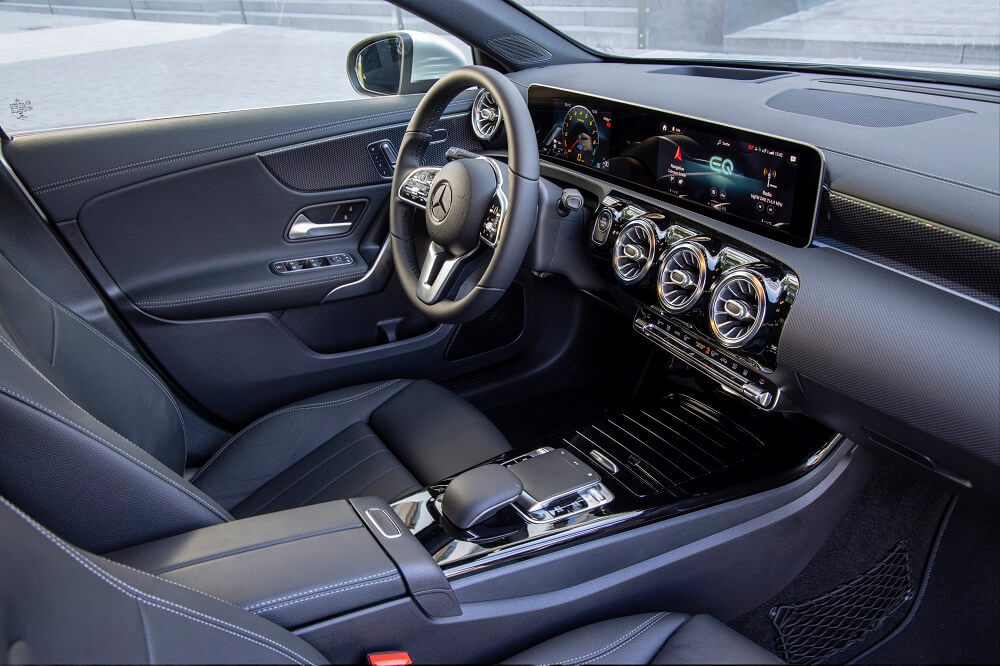 Models designed as EQ Boost feature a mild hybrid powertrain, where the main propulsion system is still a combustion engine but supported by an electric motor for better fuel economy.

EQ Power models like the new A250 e are plug-in hybrids, meaning they retain a combustion engine but feature a larger lithium-ion battery that can be recharged to allow a limited range of fully electric driving.

The EQC 400 has an electric-only range of around 400km and is currently the only fully electric model in the company’s Australian line-up.

Mercedes-Benz has said that it plans to roll out six more fully electric EQ models before 2025.