Community group behind the start of a new era for Royal Theatre. 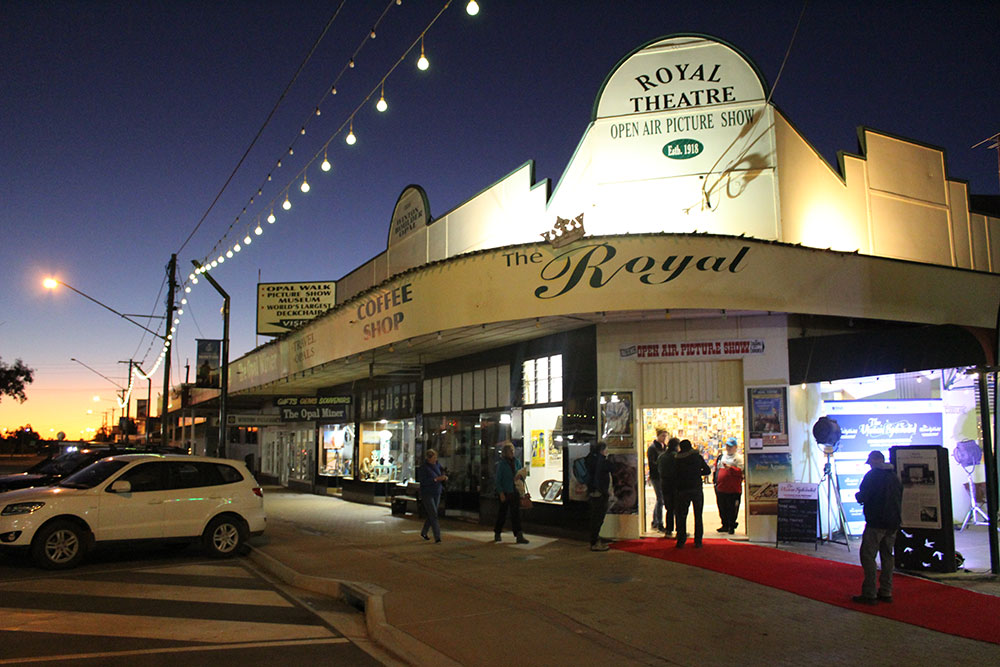 The historic Royal Theatre in Winton is undergoing a rebirth thanks to the efforts of a group of volunteers.

The unique open-air theatre’s 2022 season will feature a weekly three-night program from April until October.

“Winton has a lot of things to do during the day and we hope this will give visitors something to do at night and give them a reason to stay for longer,” Mr Kelleher said.

“A lot of people go for the experience. We show films like Priscilla Queen Of The Desert and The Castle and people tell us they love being able to see films like that in a theatre with canvas seats under the stars on the big screen in the middle of town.”

Mr Kelleher, who lives in Brisbane, has a family connection to the cinema which led to him becoming involved in the restoration project.

His grandfather Bill Evert bought the original Winton picture theatre in 1937 when it was positioned behind the Royal Mail Hotel.

“It burned down in 1938 so he ended up buying the site of the theatre and the Royal Mail Hotel, which was also destroyed, and built a bigger theatre, which is what it is today. 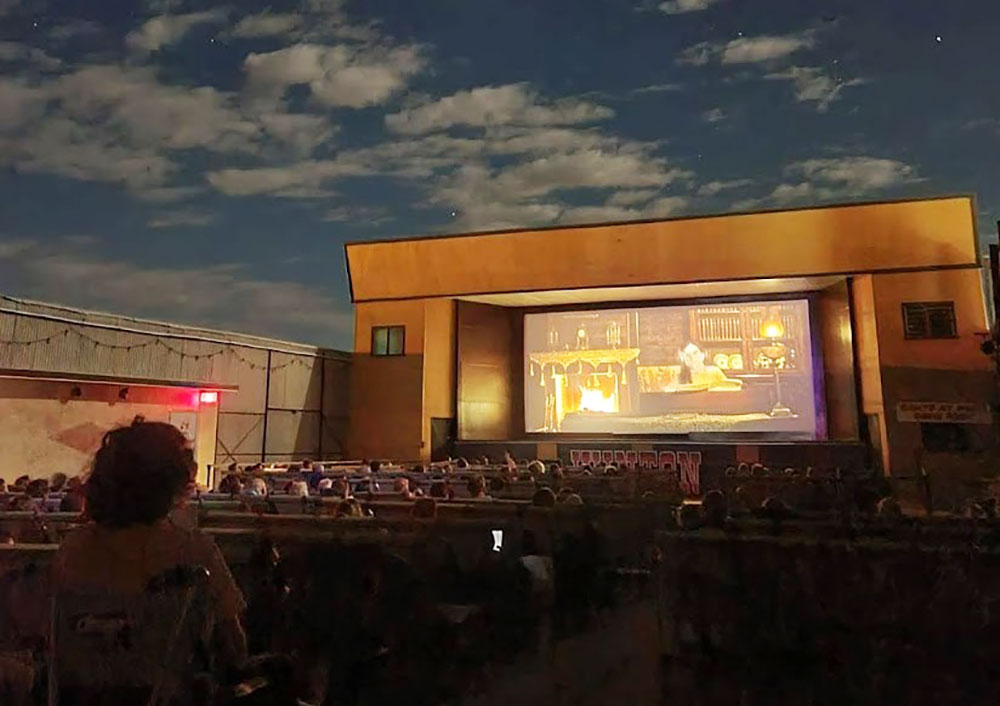 In 2018 a not-for-profit group, Winton Movies Inc., was formed to bring new life to the theatre which had long been in decline.

The group oversees its operation during the tourist season and coordinates fundraising efforts for restoration work.

“Our purpose is to restore the theatre which has progressively become rundown over the past 30 years due to pressures on the cinema industry,” Mr Kelleher said.

“We want the theatre to be a community entertainment hub and tourist destination to support the local economy.”

The revitalisation started last year with the restoration of the theatre’s entrance and the addition of 100 more canvas seats, taking capacity to about 230.

Traditional theatre seats have been sourced from Brisbane and will be installed in the under-cover area at the back of the theatre. 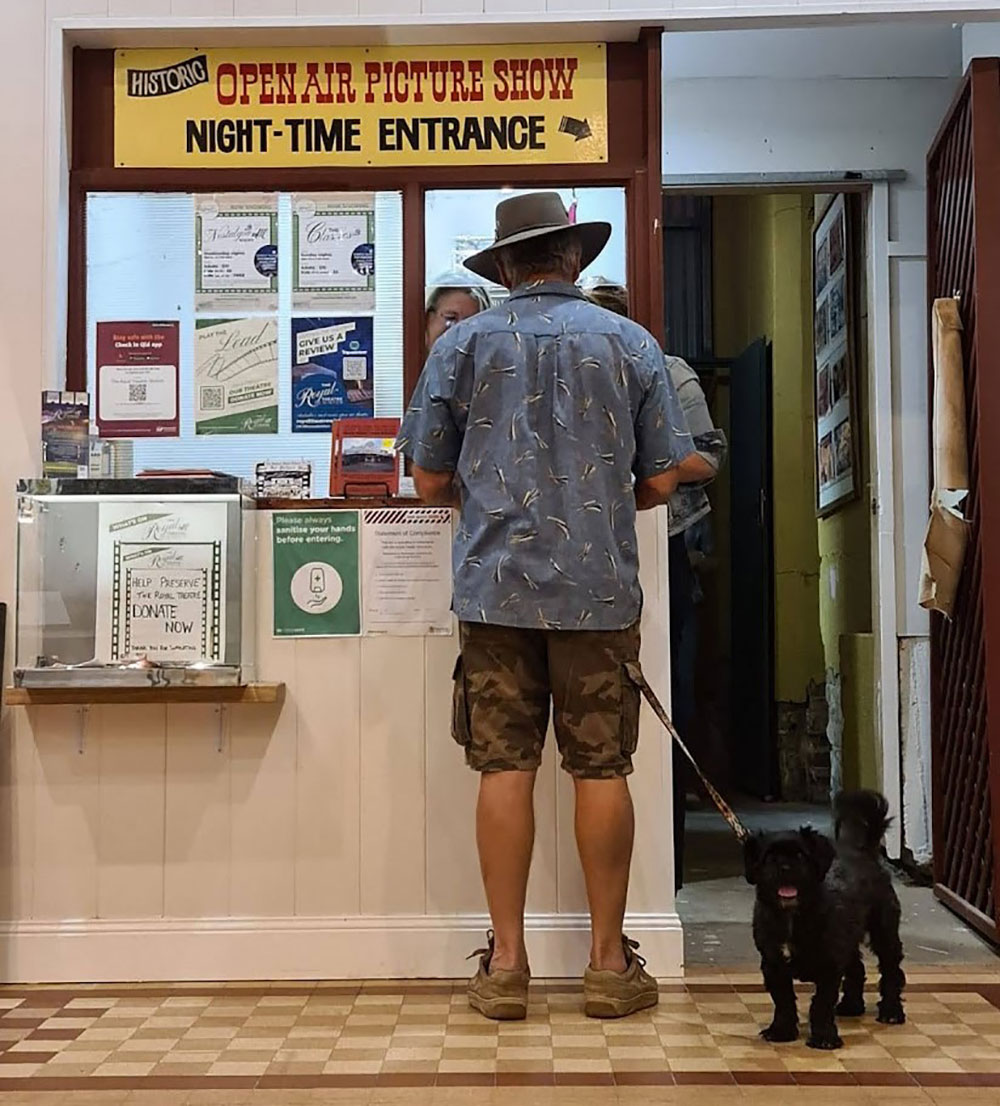 The next major project will be the digging up and relaying of the theatre’s floor.

“The floor is made of bricks that came from the original Royal Mail Hotel that was on the site,” Mr Kelleher said.

“Some of the bricks are damaged and uneven so, one by one, we have to delicately pull all bricks up, level the ground underneath and re-lay them.”

A highlight for the Royal Theatre this year will again be its hosting of the annual Vision Splendid Outback Film Festival on 24 June to 2 July.

Click here to learn more about the Royal Theatre and how you can support its restoration, including the new Brick Coin fundraising campaign to restore the theatre flooring.