Learn how to share the road with a truck What is the correct stopping distance for a prime mover semi-trailer truck travelling at 80km/h?

If you don’t know, you are not alone.

The National Heavy Vehicle Regulator (NHVR) said a survey of 500 L and P licence holders aged between 16 and 25 found 78% did not know it was 116m.

To improve knowledge of sharing the road with trucks, the NHVR has launched a safety awareness campaign titled Don’t #uck With A Truck targeting young drivers.

It focuses on rules to follow when trucks were stopping and turning, and how to overtake a truck. 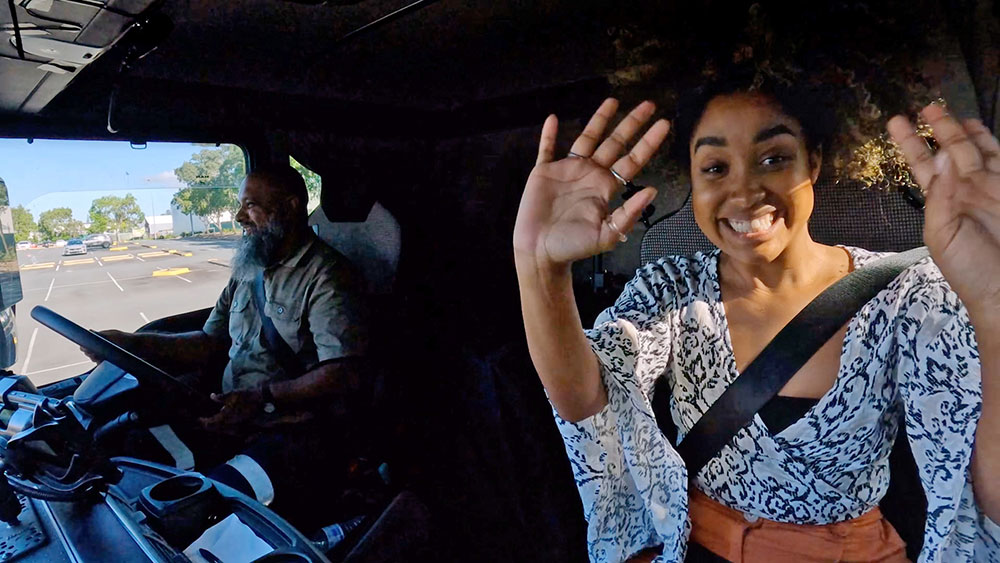 “The campaign is intentionally provocative and is designed to grab the target audience’s attention and start important conversations around road safety,” Mr Petroccitto said.

“Getting an L or P plate is a big step in a young person’s life – it is essential they have the information and skills to stay safe around trucks and develop positive long term driving behaviours.

“Our goal is to prevent situations where a young driver could be in a lane next to a turning truck, or they pull in front of a truck too soon.”

The survey found only 45% of respondents knew to keep one lane either side of a truck free when it was turning.

It also found 30% of respondents did not know you should only pull back in front of a truck after overtaking when you could see its headlights in your rear-view mirror.

The Don’t #uck With A Truck campaign will appear on social media, roadside billboards and university O-Week pop-ups.

The campaign is funded by the NHVR’s Heavy Vehicle Safety Initiative, supported by the Federal Government.