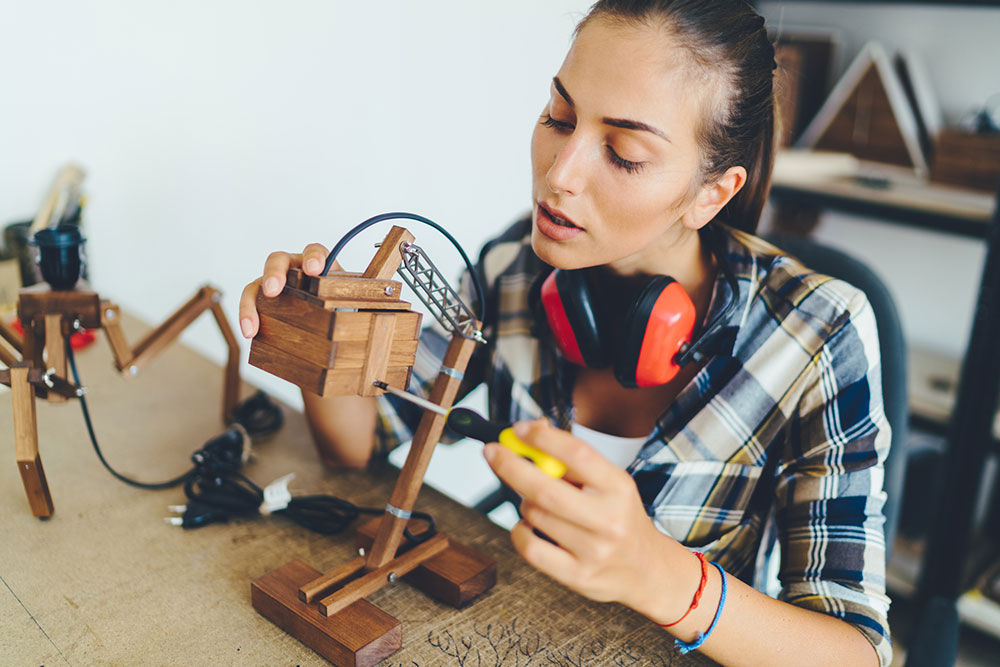 A group of like-minded volunteers is on a mission to curb throw-away culture by making repairing broken household items cheaper and easier than buying replacements.

Dan Martens founded the Sandgate Repair Cafe in early 2020 to increase sustainability and reduce the number of items going to landfill.

“A Repair Cafe is a free pop-up workshop where skilled members of the community come together to teach visitors how to repair their household items,” Mr Martens said.

“The aim is to repair items and prevent the upgrade to a new one when there’s usually something fairly simple wrong with the old one.”

More than 25 locals regularly volunteer their time and skills at the monthly workshops which have a repair success rate of 74 percent.

“It brings people together that have a common interest in seeing a more sustainable world and address the increasing consumerism in society.

“We’re trying to restore hope that just because something doesn’t work doesn’t mean you have to throw it in the bin and buy a new one.”

Mr Martens said in addition to repairing everyday equipment such as toasters, gardening tools, toys and shoes, many items brought to the cafe had sentimental value.

“We’ve seen a lot of unique lamps that are irreplaceable and items like clocks with sentimental value where you don’t want a modern one to replace it, you want the one you have to continue working,” he said.

The Repair Cafe concept began in the Netherlands in 2007 and now boasts more than 2000 locations worldwide.

“There are other Repair Cafes at Redcliffe and the Gold Coast... and a couple of new ones starting up in West End and Cleveland.

“More volunteers would allow us to run more workshops, which increases the amount we can repair so we can do more of those good things that we’re doing.

Find a Repair cafe near you.