It took Australians a while to accept cars as a mainstream form of transport because they were seen as a danger to more conventional horse-drawn vehicles when introduced in the early 1900s. With less than 50 cars in Queensland and few quality roads to drive on, motorists were a minority.

Much of the RACQ’s early activity was devoted to influencing legislation aimed at restricting speed limits and travel around Brisbane. One of the first letters drafted by the earliest iterations of RACQ involved a request to police to stop gangs of youths throwing stones at passing cars.

These are just some of the earliest examples of how RACQ represented the interests of Queensland motorists. More than a century later, advocacy remains at the core of our service to our 1.8 million members. 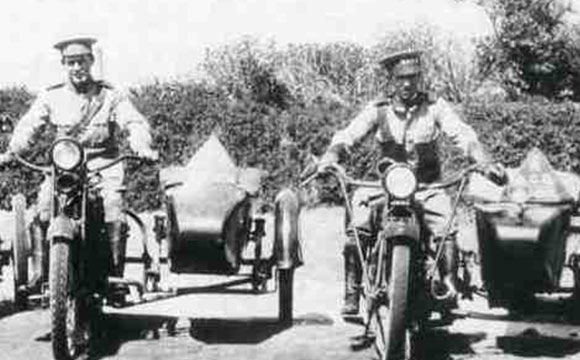 Since formation in 1905, RACQ has constantly evolved to meet the changing needs of Queenslanders.

The early years of RACQ were notable for helping the motor vehicle become an accepted part of day-to-day life in Queensland. Of the 18 foundation members, 10 were medical practitioners of some kind. The use of vehicles to transport patients helped shine a more positive light on cars.

Day trips to nearby towns proved a popular member activity, and the lack of road signs resulted in the members producing and erecting 100 directional signs to help motorists on their journeys.

This important initiative gave birth to drive tourism in Queensland, which today is a multi-billion dollar industry, and RACQ's first travel service was created in 1918. In recognition of RACQ's patriotic efforts during the Great War, George V approved the use of the 'Royal' prefix in 1921 and, with that, the ACQ became RACQ. It was in 1925 that RACQ commissioned two mechanics, George Clark and Eddie Henderson, to patrol the roads in search of disabled vehicles. Since then, we have rescued more than 30 million motorists from the roadside.

World War II brought about a change in RACQ’s focus. With the government imposing severe restrictions on motor vehicle use amid widespread protests, RACQ was instrumental in facilitating petrol rationing and providing maps and road information to the armed forces.

Post-war, RACQ purchased army jeeps for use as patrol vehicles and hired many ex-servicemen. It also wielded considerable influence with government, successfully campaigning for increased speed limits and motorists’ rights. From a membership of 18,000 in 1945, in 1957 RACQ boasted 100,000 members. Queensland's population explosion in the 1970s and 1980s was reflected in RACQ's rapid expansion of member services, headlined by the establishment of RACQ Insurance.

Technological advances in the 1980s also had a significant effect on RACQ services, with a computer-aided dispatch system for roadside assistance and the introduction of a 24-hour road information service dramatically improving efficiency.

RACQ's identity in its earliest years was defined by its motoring advocacy. As RACQ approached its centenary, protecting the interests of its members remained a priority, but there was also a focus on creating new services and products.

These included Free2Go, the world’s first free youth motoring club membership, the Show Your Card and Save member benefits program and discounts on insurance premiums. In 1995, RACQ membership surpassed one million, more than one quarter of Queensland’s total population, and RACQ began its naming rights sponsorship of community helicopter rescue services throughout the state with Gold Coast-based CareFlight Rescue. 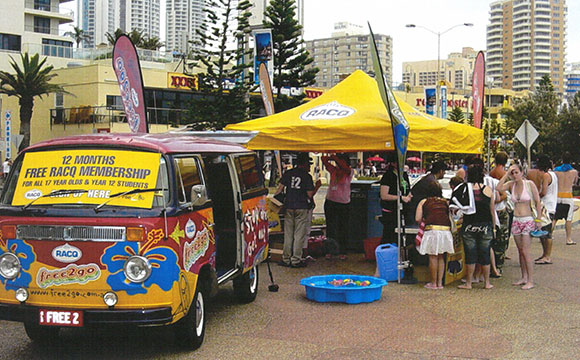 In 2006, RACQ’s advocacy resulted in the launch of the Learn2go program. This online education resource for learner drivers and supervisors was introduced alongside legislative changes.

RACQ also launched the Streets Ahead school program aimed to develop the road awareness of primary school children. The program has reached more than 50,000 students and won a Queensland road safety award in its first year. In 2015, RACQ launched RACQ Home Assistance and began offering pet insurance to its members.

RACQ exist to make a positive difference to the lives of our members now and into the future.

We have served Queenslanders for more than 115 years. And are proud to be a Queensland’s largest club, owned by you, our members.

As the world is living through a global pandemic, RACQ has adapted. We have strengthened our support for the community and evolved our strategy to meet your expectations not only now, but into the future.

Everything we do aims to benefit our members and our community. It is our shared world. We advocate for our member’s rights, safer roads, and stronger communities.

We are on the ground with our retail stores, Queensland based call centres and with State’s largest roadside assistance network of over 600 vehicles stretching from Cape York to the New South Wales border.

We’re supporting our members to get ahead by making everyday banking more affordable. Launched in 2017, RACQ Bank helps members do more with their money from everyday banking options, loans for that new car, home or something special while helping Queenslanders improve their financial wellbeing.

Since 1971, our Insurance business has been helping Queenslanders protect the things that mean the most including their homes and motor vehicles and also help to protect their families and pets. And whatever Queensland weather comes our way, our team stands ready to be there in the moments that matter.

We also support the wider community through activities such as the RACQ Foundation, RACQ Air Rescue Network and provide grassroot support through our local sponsorship and our school education programs.

Alongside our almost 1.8 million members, we’re looking to the future, focused more than ever before on honouring our values of service and our underpinning purpose of making a positive difference in your lives.

Sustainability will be key for our members in every facet of their lives in the decades to come. Helping our communities become more resilient and supporting our members through this transition is core to our 2030 strategic vision.

Membership really does make all the difference. 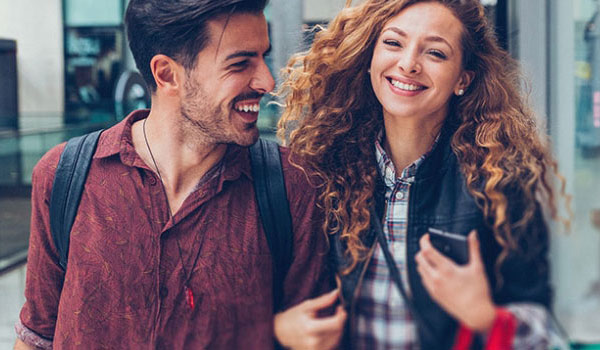 RACQ member benefits
When you become an RACQ member you gain access to an exciting range of discounts and benefits.
Learn more Advocacy
The Royal Automobile Club of Queensland (RACQ) is proud to be Queensland’s advocate for safe, affordable, and sustainable mobility
Learn more School programs
We're helping young Queenslanders get ready for the road ahead.
Find out more