The introduction of a sporty new SQ2 variant is the biggest news in Audi’s recent update of its Q2 compact SUV range.

The Q2 is the brand’s smallest SUV and competes with the BMW X2, Mercedes-Benz GLA and Mini Countryman.

RACQ Motoring attended Audi’s recent launch of the facelifted Q2, where we drove the 35TFSI and 40TFSI Quattro S Line grades, as well as the newly introduced and more potent SQ2 performance variant.

We’ll get to the SQ2 later but headlining the changes to the regular range are a number of design enhancements, the introduction of a new 1.5-litre TFSI engine and additional features that Audi says enhances the Q2’s value proposition.

The updated Q2 will look instantly familiar to anyone who sighted the superseded model, but Audi’s designers have refreshed the styling including the polygon motif at the front of the car, while at the rear there’s now an integrated angular diffuser insert with large pentagons on both sides and new LED taillights.

The front end has also been enhanced with revised LED headlights, a new grille, new air dams and lower bumper.

Otherwise, there are only relatively minor changes inside, with new door trims, grab handles and air vents. 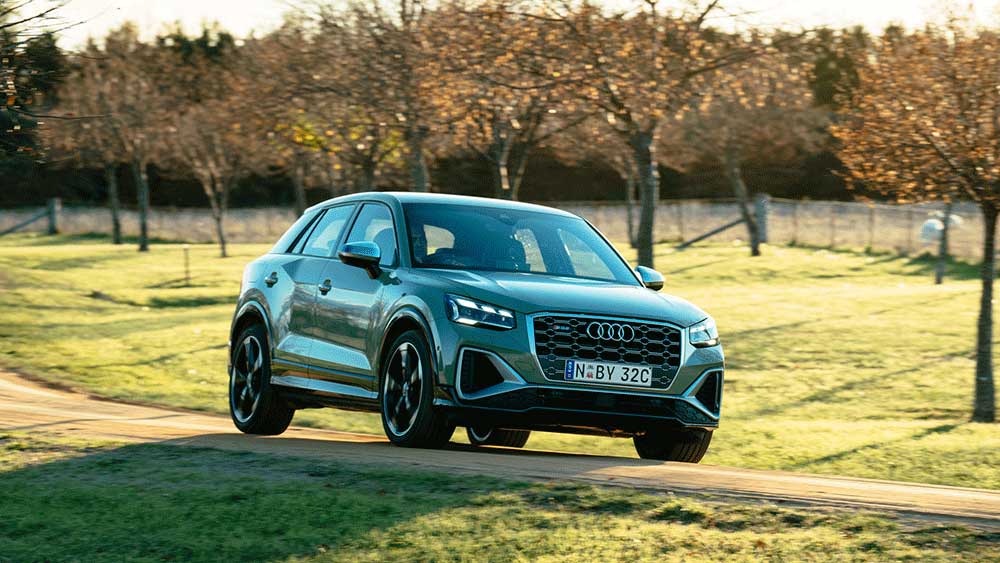 The previously optional S line exterior package is, however, now fitted as standard to the 40 TFSI quattro model.

Pricing for the entry-level Q2 35 TFSI starts from $42,900 (MRLP), with Audi claiming upgraded features account for $3300 of extra value.

With outputs of 110kW and 250Nm, the engine drives the front wheels through a seven-speed dual-clutch transmission, covering the 0-100km/h sprint in a handy 8.6 seconds.

Combined cycle fuel consumption is a thrifty 5.2L/100km, thanks in part to the engine’s adoption of a Cylinder-on-Demand (CoD) function that can temporarily shut down two of its four cylinders at low throttle load and engine speeds. Unlike its less-expensive sibling, this model boasts Audi’s quattro all-wheel drive system and nails the 0-100 km/h sprint in a more rapid 6.5 seconds, sipping unleaded at a rate of 7.0L/100km.

Despite the carryover drivetrain Audi is claiming $4150 of added value versus this model’s predecessor.

As the name suggests, the 40 TFSI gets the previously optional S line exterior package, which includes upgraded 18-inch Audi Sport alloy wheels, and a distinctive body kit including front and rear bumpers, plus side sill trims in sport design.

Somewhat disappointingly, given the relatively high price tags of both models, you need to add the Premium Package to access the top-tier driver assistance systems. Both models can also be upgraded from standard with a style package costing $2690 or $3490 for the 40 TFSI and 35 TFSI models respectively, including 19-inch Audi Sport alloy wheels, Matrix LED headlights with front/rear dynamic indicators, Audi virtual cockpit, extended black exterior styling package and (for the 35 TFSI only) full body paint finish.

For performance vehicle enthusiasts the big news in this latest Q2 update is the addition of a spirited SQ2 version of the compact SUV.

Despite having been on sale in Europe since 2018, Australia has until now been denied the SQ2, which arrives here ready to do battle with the feisty Mercedes-Benz AMG GLA and BMW’s X2 M35i, albeit with considerably keener pricing.

Boasting an enhanced version of the 2.0 TFSI engine found elsewhere in Audi’s S3 and TT S sports car range, the SQ2 ratchets up the aggro with a sports exhaust and other changes to deliver a bristling 221kW/400Nm, which is enough to catapult the SQ2 to 100km/h from rest in a rapid 4.9 seconds.

To give that some perspective, that’s bang on the time of the BMW X2 M35i, despite the latter’s $73,900 MRLP being almost $10k more expensive than the pint-sized SQ2.

Power is channelled to the road via a seven-speed dual-clutch transmission and Audi’s quattro all-wheel drive system, with the SQ2 also featuring upgraded S Sport suspension with adaptive dampers that sit some 20mm lower than the standard Q2, plus larger 19-inch alloy wheels with grippier low profile rubber. 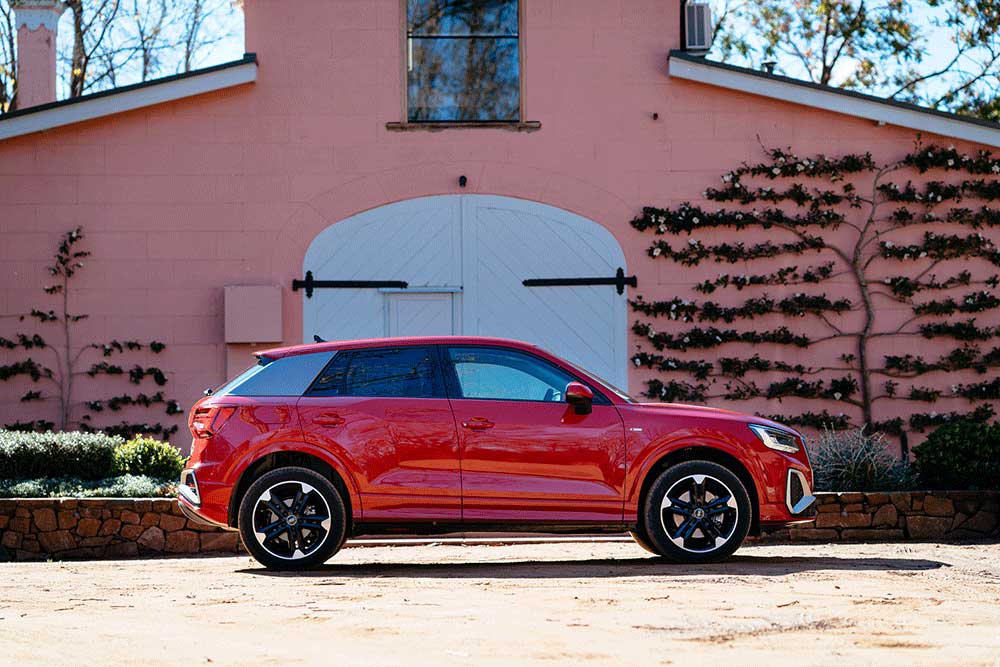 The combination delivers handling that is hot-hatch-like, with quick but nicely progressive steering, disciplined body control and plenty of grip from the all-wheel drive system.

The price is ratcheted up as well, of course, with the SQ2 pegged to set you back $64,400 plus on-road costs.

That’s a lot of coin for not a lot of sheet metal, but it’s all relative and keen when weighed against premium opposition such as the BMW X2.

At least for this price you get a well-appointed luxury car that is differentiated from the rest of the family via distinctive 19-inch alloy wheels, bold red brake calipers, quad tailpipes, Matrix LED headlights with dynamic indicators, and other unique exterior styling elements.

Inside, the SQ2 features the impressive Audi virtual cockpit, which is a fully configurable digital instrument display with 12.3-inch high-resolution screen and multiple views.

The SQ2 is finished to Audi’s typically high standards, with enough personalisation and performance add-ons to set it apart from lesser models.
It’s well-equipped and very much up-to-date from a technology perspective and its performance is genuinely thrilling.

It has all the zip and fizz of a hot hatch but with the visibility bonus afforded by its higher ride height and the added versatility of its more practical SUV body style.

Given the Q2’s price advantage over its key rivals and Australian new car buyers’ propensity to embrace performance variants of premium brands, this hot little SUV from Audi seems destined to have a bright future. Audi’s refreshes its pint-sized premium SUV