Characterful compact SUV proves once again that the French go their own way in matters of cars and culture. 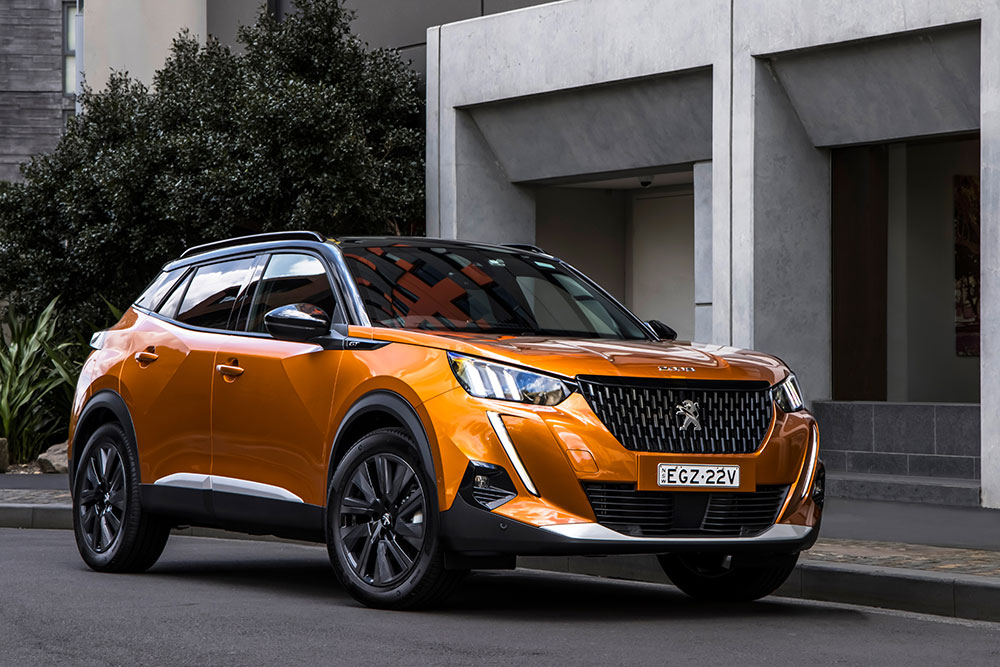 Depending on your point of view, the Peugeot 2008 GT might be seen as either a pricey rival to small SUVs like the Honda HR-V and Hyundai Kona, or a value-packed option when measured against the likes of the Audi Q2 or Lexus UX.

And therein lies something of the problem for the French car maker – back in the home of the Fifth Republic, Peugeots are as mainstream as Mazdas, but here they’re thought of by some buyers as being in a similar orbit to prestige makes like BMW and Jaguar.

The truth is somewhere in between.

This current generation Peugeot 2008, described breathlessly in Peugeot’s PR material as a “a small urban adventure vehicle designed to fit the modern landscape”, arrived in October 2020, while the GT version we’re reviewing here was added in June 2021 as an additional variant between the entry-level Allure ($36,740) and the top-Spec GT Sport ($48,290).

The newcomer lists at $40,940 and for this price buyers get a vehicle that’s well kitted out with standard features and advanced safety systems, plus a cabin finish that looks and feels decidedly premium.

Throw in another $1,990 and Peugeot will oblige with an electric sunroof, which along with the Nappa leather comes standard on the GT Sport.

Additional standard items on the GT over and above the Allure include a more advanced AEB system with low-light pedestrian and cyclist detection, active blind-spot monitoring, front and rear park sensors, LED headlights, smart beam assistance, and driver attention alert.

The hits keep coming with the likes of aluminium pedals, stainless scuff plates, premium black roof lining, illuminated vanity mirrors and a frameless auto-dimming rear view mirror, all of which adds up to a stylish and very well-equipped compact SUV. 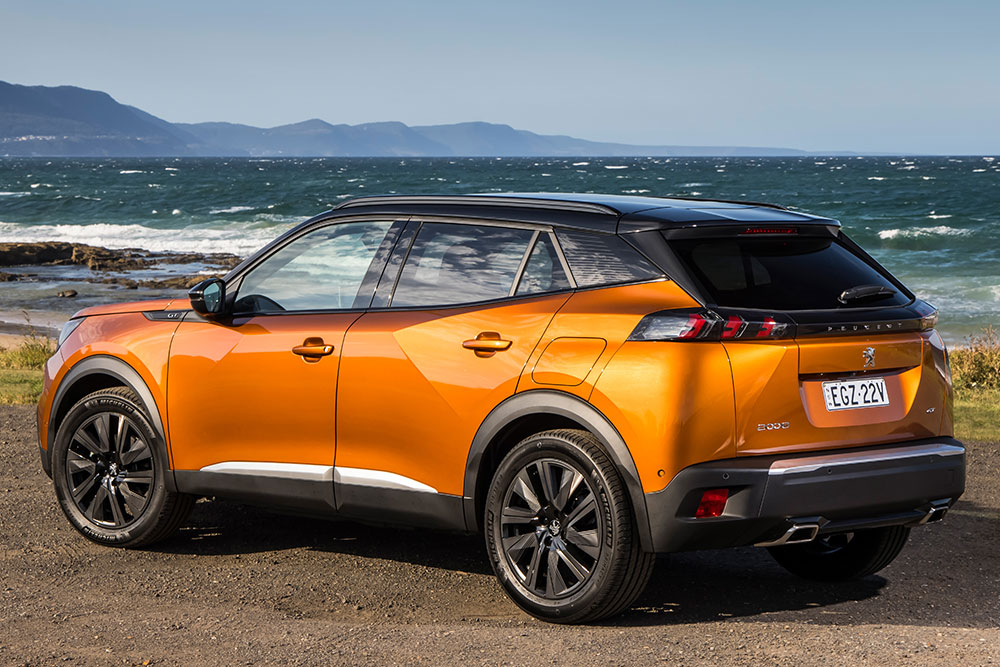 Peugeot claims the combo enhances driver engagement, but some drivers find it difficult to obtain a suitable relationship to the tilt and reach adjustable wheel while maintaining proper instrument visibility. I had no such issues, but would-be owners should check for themselves if they can see the instruments clearly and with a comfortable wheel height.

The stalk for the cruise control is also mounted out of the driver’s view, on the steering column behind the steering wheel, something I found mildly annoying.

The 2008’s compact dimensions, complemented by its multi-view camera, make parking an easy affair, even in the cluttered urban environment.

But the little Pug lacks rear headroom for taller bodies and will be cramped for three adults seated across the second row.

Leg and foot space is reasonable though, and the boot space is a useful 434 litres, expanding to a maximum of 1467 litres with the split-fold seat lowered.

A handy split-level cargo floor allows for taller items to be carried, but the space saver spare is a less practical touch.

While other markets get a selection of powertrains, in Australia you can have any engine you want, so long as it’s a three-cylinder petrol turbo.

Diesel and, more importantly in this day-and-age, electrified versions are notable by their absence.

The 2008 GT and Allure are equipped with what Peugeot calls its PureTech 130 engine, which develops 96kW/230Nm and drives through a six-speed auto. The GT Sport gets a more high-performance version of the engine, dubbed the PureTech 155 which is good for a healthier 114kW/240Nm and puts its power through an eight-speed auto.

Despite the SUV styling suggesting modest off-road capability, all three variants drive their front wheels only, with the Allure and GT featuring a three-mode Advanced Grip Control system that helps optimise traction for snow, sand, or mud.

The trio also sip 95RON premium fuel exclusively, with the GT Sport showing the benefits of its extra gearbox cogs with thriftier combined cycle consumption of 6.1L/100km, versus 6.5L/100km for its stablemates.

The PureTech 130 isn’t especially powerful or quick but proves a better performer than expected, feeling quite perky around town and with enough in reserve to cope with open road running and highway passing.

Progress is accompanied by a characterful three-cylinder engine note that has an amusing gruffness, but which is never offensive to the ears.

Combine this with taut ride quality, light and accurate steering that feels more engaging because of that compact steering wheel, plus a general feeling of being light on its feet, and the 2008 GT has all the ingredients for a pleasing drive experience.

Throw in the 2008’s edgy, attention-grabbing looks and a competitive five-year/unlimited-kilometre warranty plus a five-year Service Price Promise program, and it’s fair to say the 2008 GT brings some joie de vivre to the premium end of the small SUV market.