It is as quintessentially American as baseball and apple pie and now Ford’s big, bold F-150 pickup is heading Down Under. 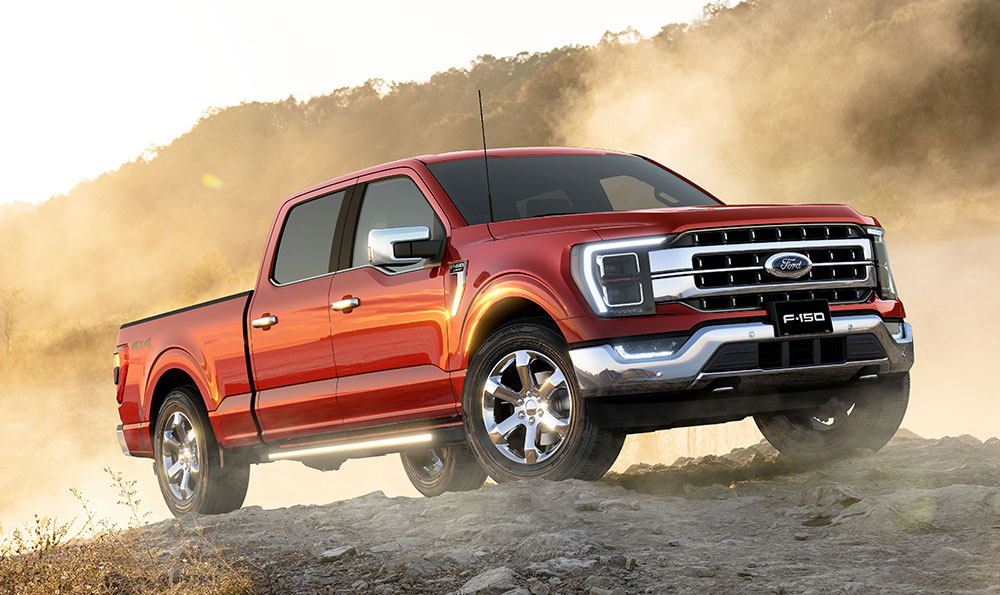 While the rest of the automotive world goes gaga for electric vehicles (EVs), Ford Australia is going back to the future by confirming right-hand drive versions of its burly internal-combustion-powered F-150 will be available in Australian showrooms by mid-2023.

In many ways Ford is simply fishing where the fish are, because while EVs are capturing all the headlines at present, they accounted for just 2% of the new vehicle market in 2021.

What’s more, our love affair with dual cab 4x4 utes shows no signs of abating and F-150 rivals already sold here, including the RAM and Chevy Silverado pickups, have demonstrated that a growing number of Australian buyers are happy to upgrade to the extra size, capability and status of these US-market pickups.

Enter the Ford F-150, which has been conspicuous in its absence from the nascent Australian full-size US pickup market, at least as far as there’s been no one converting them in the volumes delivered by the factory-sanctioned RAM and Chevrolet remanufacturing facility in Melbourne.

While there are some established specialist importers converting F-150s to right-hand drive, the announcement brings F-150 remanufacturing under the umbrella of an officially certified Ford process.

Ford Australia confirmed the big ute will be sold and serviced through its nationwide dealer network and would come with a full five-year, unlimited kilometre warranty.

The locally remanufactured F-150 will be available in Crew Cab body style only, in well specified XLT and Lariat versions, with both variants powered by a 3.5-litre EcoBoost petrol V6 pumping out a heathy 298kW and 678Nm and driving all four wheels on demand through a 10-speed automatic transmission, endowing the F-150 with a healthy 4.5-tonne braked towing capacity. 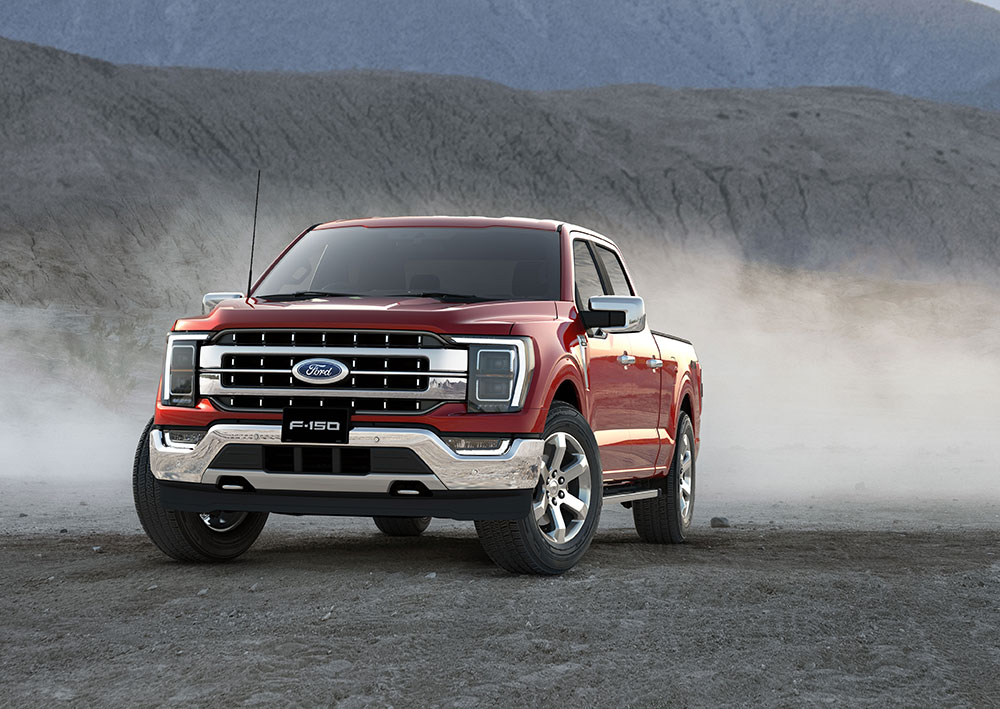 That last statistic is likely to pique the interest of caravanners and others who need to tow trailers weighing beyond the 3.5-tonne braked towing capacity of lighter-duty dual cab utes, such as the Toyota HiLux and Ford Ranger.

In the US, where the F-150 has been the best-selling vehicle for decades, the big pickup is renowned for its performance, towing, cargo capacity, safety and technology.

Ford says both F-150 models will come standard with a suite of its latest safety and connectivity features including Ford SYNC connectivity, Collision

Local remanufacture of the F-150 to right-hand drive will be handled by engineering specialist RMA Automotive, in a conversion process that will meet all applicable Australian Design Rules and safety regulations, according to Ford.

Described as the only Ford program of its kind globally, Ford says its Australian product development engineers played a key role in the F-150’s conversion and development for Australian conditions.

Ford Australia said the team, which also worked on the new-generation Ranger and Everest, has been working in conjunction with their US counterparts and RMA Automotive to ensure a seamless conversion. The company said RMA Automotive had more than 30 years of engineering expertise and is one of the world’s leading suppliers of modified vehicles, with more than 100,000 modified Ford vehicles delivered globally to date.

RMA is a Ford Qualified Vehicle Modifier (QVM) and its relationship with the Blue Oval dates to 1997, with projects delivered in multiple global markets over this time.

Remanufacturing of the vehicles from left-hand drive to right-hand drive will take place in an RMA Automotive-leased facility at the Merrifield Business Park in Mickleham, north of Melbourne.

The facility is in the same precinct as Ford’s new parts supply and logistics hub, and close to Ford’s engineering head office in Campbellfield.

Ford Australia and New Zealand President and CEO, Andrew Birkic, said the company had listened to fans and dealers and found a way to bring F-150 to Australia, with the aim of giving customers more choice.

“F-150 has been part of F-Series, America’s best-selling vehicle line for the past 40 years, with more than 40 million F-Series Trucks produced to date,” Mr Birkic said.

“With such a local fan base, and with full-size truck sales in Australia tripling in recent years, we just knew we had to find a way to bring it back to Australia. 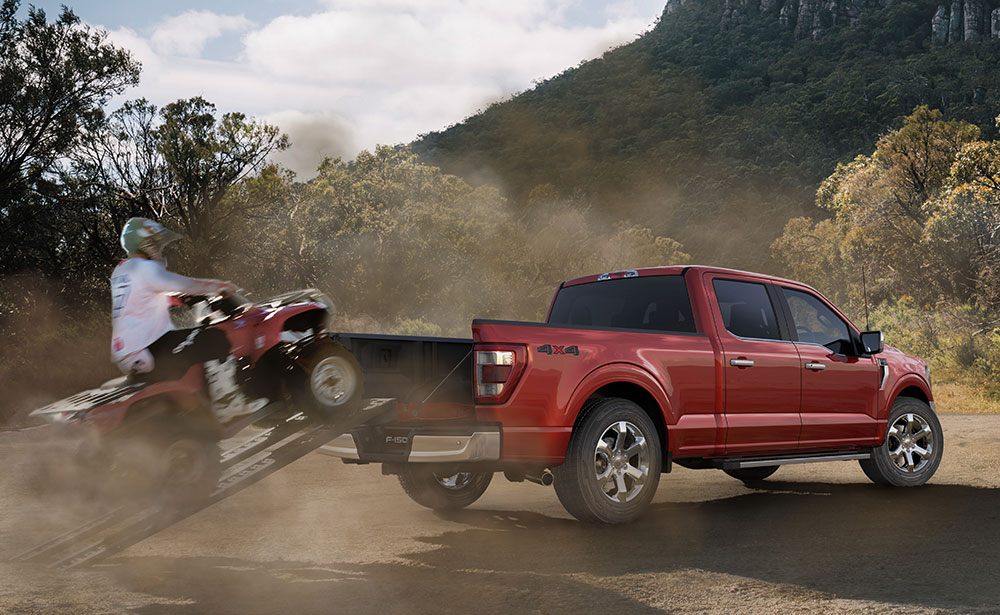 “Whenever I speak to our dealers, they tell me that customers consistently ask about F-150, ask when it is coming, so I am very proud to now be able to say it’s heading our way.”

Ford Austraia will sell the F-150 alongside the rest of its local vehicle range throughout its nationwide dealer network, meaning the big ute will sit alongside the market-leading Ranger 4x4, the next generation of which is due to launch later this year.

With Ranger’s position as Australia’s best-selling 4x4, the move will give Ford Australia a powerful position in the commercial ute category, potentially prompting the likes of Toyota and Nissan to consider doing something similar with their respective US-market pickups, the Tundra and Titan.

Ford confirmed it was a combination of customer feedback, and the growth of the full-size truck segment in Australia, which led to the return of F-150 to the Australian market. Last year locally remanufactured RAMs accounted for 4025 sales, up 21% on 2020, while the newly released Chevrolet Silverado sold 2118 units.

“There are just so many passionate F-150 fans out there and we’re all thrilled to be able to bring this iconic truck to our roads with locally remanufactured right-hand drive models,” Mr Birkic said.

“With the introduction of F-150, alongside our Ranger line-up, Ford’s comprehensive pick-up truck range will offer a vehicle for every situation.”

Ford said further specifications and pricing will be released closer to launch in mid-2023 and that customers wanting to stay informed about the F-150 can sign up to receive the latest news at ford.com.au.