Volvo’s first compact electric SUV is a victim of its own success, with the first allocation sold out. Electric vehicles are hot property with demand driven by record high fuel prices and a growing awareness about the need to reduce emissions.

Swedish luxury car maker Volvo is one of the many automotive brands repositioning itself as a leader in the EV space, most notably with the battery electric version of its XC40 compact SUV, dubbed the XC40 Recharge Pure.

The company has committed to having half of its global sales electrified by 2025, before going completely electric by 2030, with the XC40 Recharge Pure notable for being the first of a wave of all-electric Volvos designed to fulfil these ambitious goals.

The next model in Volvo Australia’s EV assault, the MY23 single-motor XC40 Recharge Pure is due to arrive mid-year, offering consumers a more affordable version that will slot in under the twin-motor AWD XC40 Recharge Pure.

Right now, however, the MY22 twin-motor version is the only fully electrified Volvo on the market, and even that’s academic because the original allocation has sold out, with Volvo Australia now sweating on the arrival of the updated MY23 single and twin-motor XC40 Recharge Pure models.

The sold-out XC40 Recharge Pure twin motor, meanwhile, sports a manufacturer list price of $76,990 but brings with it a healthy haul of additional features and creature comforts, not the least of which are its twin electric motors and all-paw drivetrain.

Inside, the XC40 Recharge Pure features attractive minimalist design with a premium look and feel and generous occupant space, by compact SUV standards. 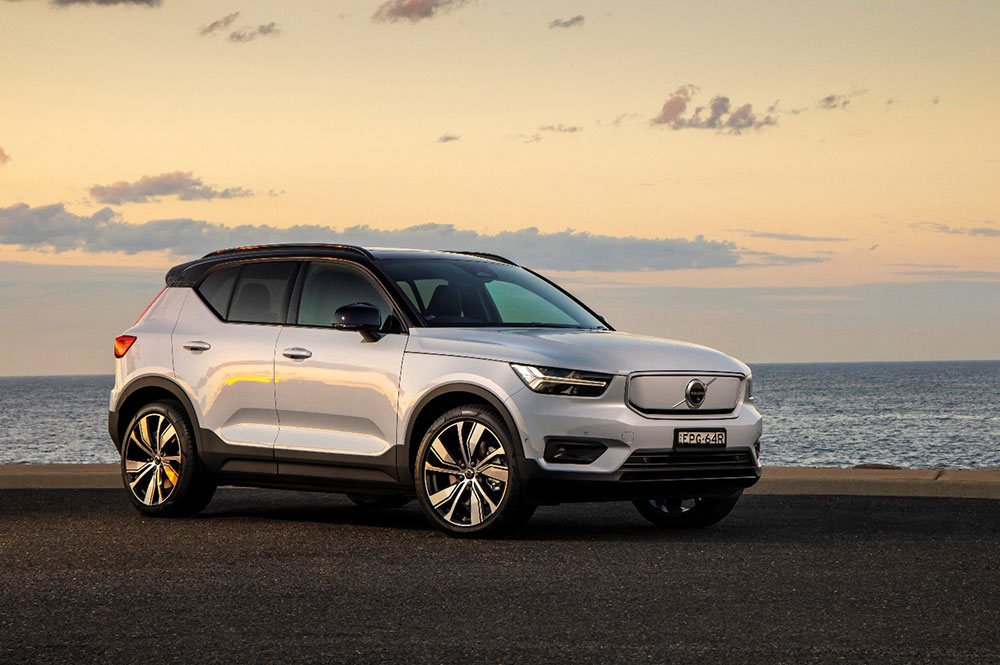 There are 419 litres of cargo space, which is a little less than its petrol-only siblings, with the charging cable stored in a lidded bin under the bonnet. An inflator kit rather than a spare wheel is standard.

Unlike other XC40 models, the Recharge Pure electric has no start button or park brake operating mechanism for the driver. Just unlock the car with the key in your pocket or bag, buckle up, select a gear and drive away.

When you leave the car it’s pretty much the reverse. It feels a bit weird at first, but makes sense once you get your head around it.

The first thing you notice when you accelerate away is the sheer grunt of the twin electric motors.

With maximum combined outputs of 300kW/660Nm, there’s a real sense of urgency in the way the Recharge Pure responds to a dig of the spurs, whether off-the-line or in rolling acceleration.

The official zero to 100km/h claim is an impressive 4.9 seconds.

A 78kW/h lithium-ion battery pack installed under the floor feeds the motors and delivers a range of 418km (WLTP).

At a maximum DC fast charge rate of 150kW drivers can expect a charge time of around 40 minutes from zero to 80% capacity on such fast chargers.

However, if using the far more common 10-amp domestic power outlet, budget on 32 hours for a full charge. 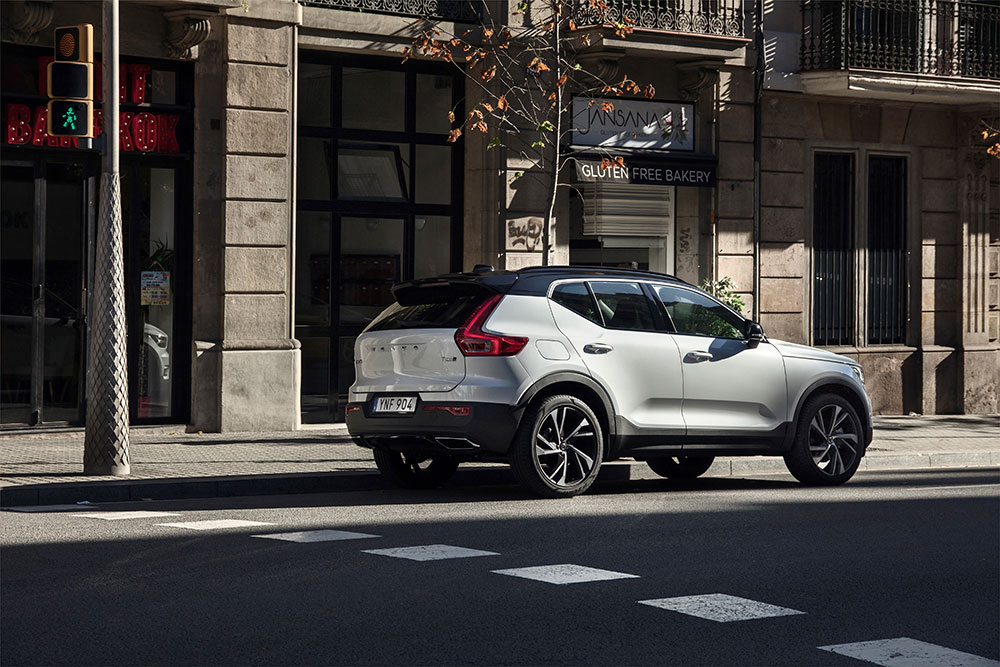 The electric Volvo is easy to drive with a capable, secure, and confident stance through twists and turns.

To our tastes, the steering is more palatable left in its ‘firm’ setting rather than the ‘light’ option selected from the menus.

Riding as it does on 20-inch wheels shod with 40-series rubber, the ride quality is well short of plush but the vehicle remains composed over road imperfections.

The level of regenerative braking (where the vehicle slows and recharges the battery as you decelerate) is adjustable from zero through to the most aggressive ‘one pedal driving’ setting.

Volvo warrant the vehicle for five years/unlimited kilometres, which is longer than some of its prestige competitors, with coverage on the traction battery extending to eight years.

When it arrives, the new single-motor version will come in a single luxury specification with a slightly more affordable list price of $72,990.

Our drive of the appealing MY22 XC40 Recharge Pure Electric suggests that Volvo Australia’s cash registers will keep ringing when the MY23 models arrive, with the expanded electrified line-up seemingly well placed to satisfy the growing number of luxury segment buyers looking to transition to lower emissions mobility.