RACQ13/09/2018
Drive
Few passers-by will know the fascinating history of the old office building at the corner of Adelaide and Creek Street in Brisbane’s CBD. 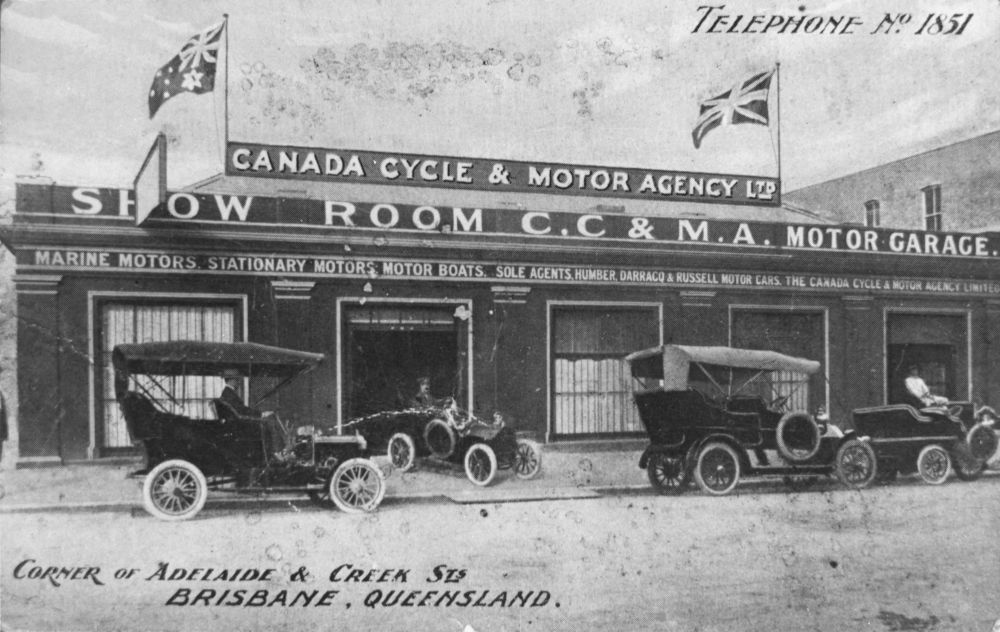 The building that currently occupies the site is one of Brisbane’s oldest-surviving, purpose-built car showrooms. But it wasn’t the first.

Before the current building, a motor dealership occupied the site from 1907. Canada Cycle and Motor Agency (CCM), one of Queensland’s very first motor dealers, erected a single-story show room and motor garage. With the rapid take up of motor vehicles, it soon proved to be inadequate and was replaced with an impressive new two-story building.

The dealership was originally owned by motor industry pioneer Alexander Vaughan Dodwell. Dodwell – according to a 1934 biography – imported and sold two 8hp Darracq cars in 1906, sold the first Ford to come to Queensland and imported the first Studebaker to Australia. Dodwell was also an early member of the Automobile Club of Queensland and a prolific character in the Brisbane social scene. Like many companies of the time, however, CCM suffered badly during the Great Depression and entered voluntary liquidation in November 1929. It was wound up shortly after.

The building was offered for sale several times afterwards, while sections of it were leased at various times. Including to rival motor dealer Fred Eager (later to become Eager’s Holden and now part of the AP Group). It wasn’t until 1934 that it was finally sold to the Primary Producers Co-Operative Association for around £30,000 and became Primaries House.

During WWII the CCM building was requisitioned by the US military for use as its Brisbane postal exchange. November 1942 saw it become centre stage for the infamous Battle of Brisbane. US and Australian military personnel fought it out in a running brawl that killed one Australian and injured hundreds of US and Australian servicemen. Sadly, in the melee that ensued the ground floor was destroyed.

If passers-by look closely at the current building they’ll notice subtle differences in the window design and brickwork of the upper floors, indicating where three additional levels were added in 1925. The addition was opened in lavish style in December 1925 by the Mayor of Brisbane. More than 300 invited guests attended, who danced to music provided by the Elite Dance Orchestra.

Today, the old CCM building is a mixture of retail and commercial space, an iconic but largely forgotten remnant of Brisbane’s colourful history.