Ged Bulmer11/10/2021
Car Reviews and Advisory
Too many SUVs is never enough as Mazda announces expanded line-up from 2022. 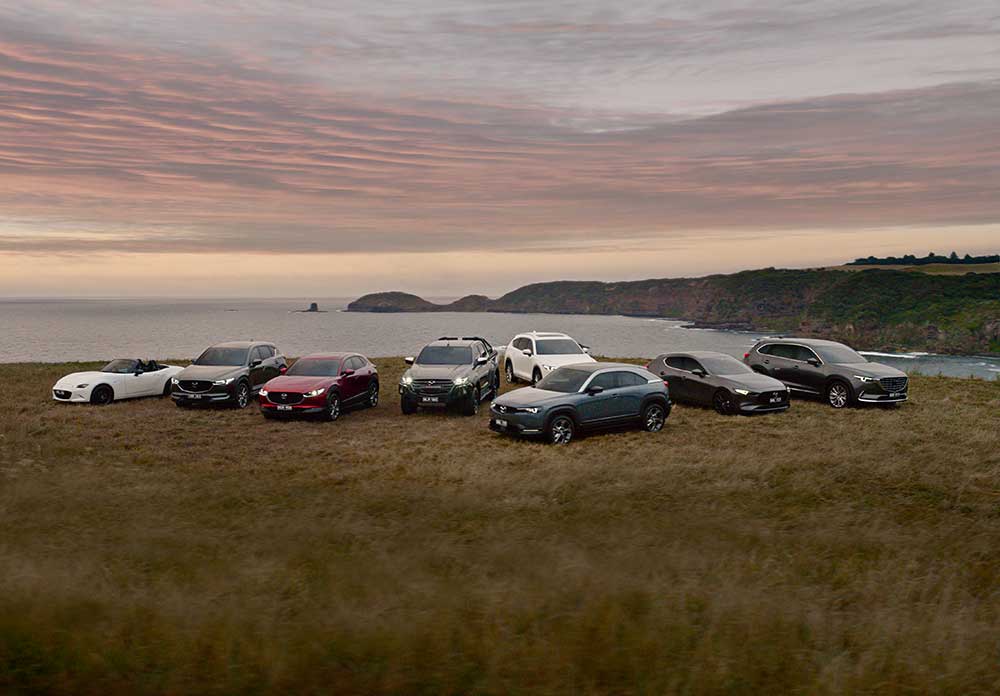 Mazda Motor Corporation has announced plans to drastically expand its SUV line-up starting from 2022, with five new models that will almost double the total number of SUVs in its range.

It’s unclear if all these new SUVs will be destined for Australia, but it seems likely the company’s local arm will add at least one new model to an already bulging fleet, comprising six individual SUV models and some 66 different variants.

The Mazda CX-50 is described as a crossover SUV that fits with what Mazda describes as its “Small Product group3’, encompassing the likes of the Mazda 3 and CX-30. It will begin production in January 2022 at a new Mazda-Toyota joint venture factory in Huntsville, Alabama.

The CX-60, CX-70, CX-80 and CX-90 are described as being part of the “Large Products” group and sit above the CX-50 in terms of price and positioning, with a mix of two and three-row seating configurations.

Mazda said the two-row CX-60 and three-row-seat CX-80 will appeal to markets with narrower roads and smaller parking lots such as Europe and Japan.

Meanwhile, the CX-70 and CX-90 will hit the road in North America and other markets, where larger models are preferred.

Both models feature a wider body than the CX-60 and CX-80, with the CX-70 having two rows of seats and the CX-90 having three.

These Large Product group models will offer a variety of choices of electrified powertrains to respond to each country’s electrification roadmap, Mazda said.
In Europe, where electrification is already well underway, the vehicles will primarily be plug-in hybrid electric vehicles (PHEVs) with straight-four gasoline engines combined with a motor drive.

However, the company said its new generation straight-six Skyactiv-X gasoline engine and Skyactiv-D diesel engines will also be introduced, in combination with a 48V mild hybrid system, as performance models.

In North America, where high-power performance is valued, the company said it would introduce both turbo-charged straight-six gasoline engine and PHEV models.

A straight-six Skyactiv-D diesel model with a 48V mild hybrid system and additional PHEV models will also be introduced to the Japanese line-up, due to the popularity of diesel engines there.

Mazda also confirmed that from the first half of 2022 it would reintroduce the iconic rotary engine to production, although in this instance the rotary will be used as a generator to recharge batteries in electrified vehicles.

From “around 2025” the company said it would also introduce a new product line that used an EV-dedicated platform, a step that it said would help complete the electrification of all its models by 2030.

A spokesperson for Mazda Australia said all four of the large SUV models, meaning CX-60, CX-70, CX-80 and CX-90, were available to Australia and work was underway to establish the business case and ascertain which of these models will fit with the company’s existing   line-up.

With regards the CX-50, the spokesperson said it was “highly unlikely” Australia would get this model, as it was being made specifically for the US market and in left-hand drive configuration only.
The statement indicated the established and popular Mazda CX-5 would also soon undergo a design evolution, adopting the latest safety technologies and connectivity features, as well as hinting that it will grow and add additional model variants.