A book review on Car Wars Down Under 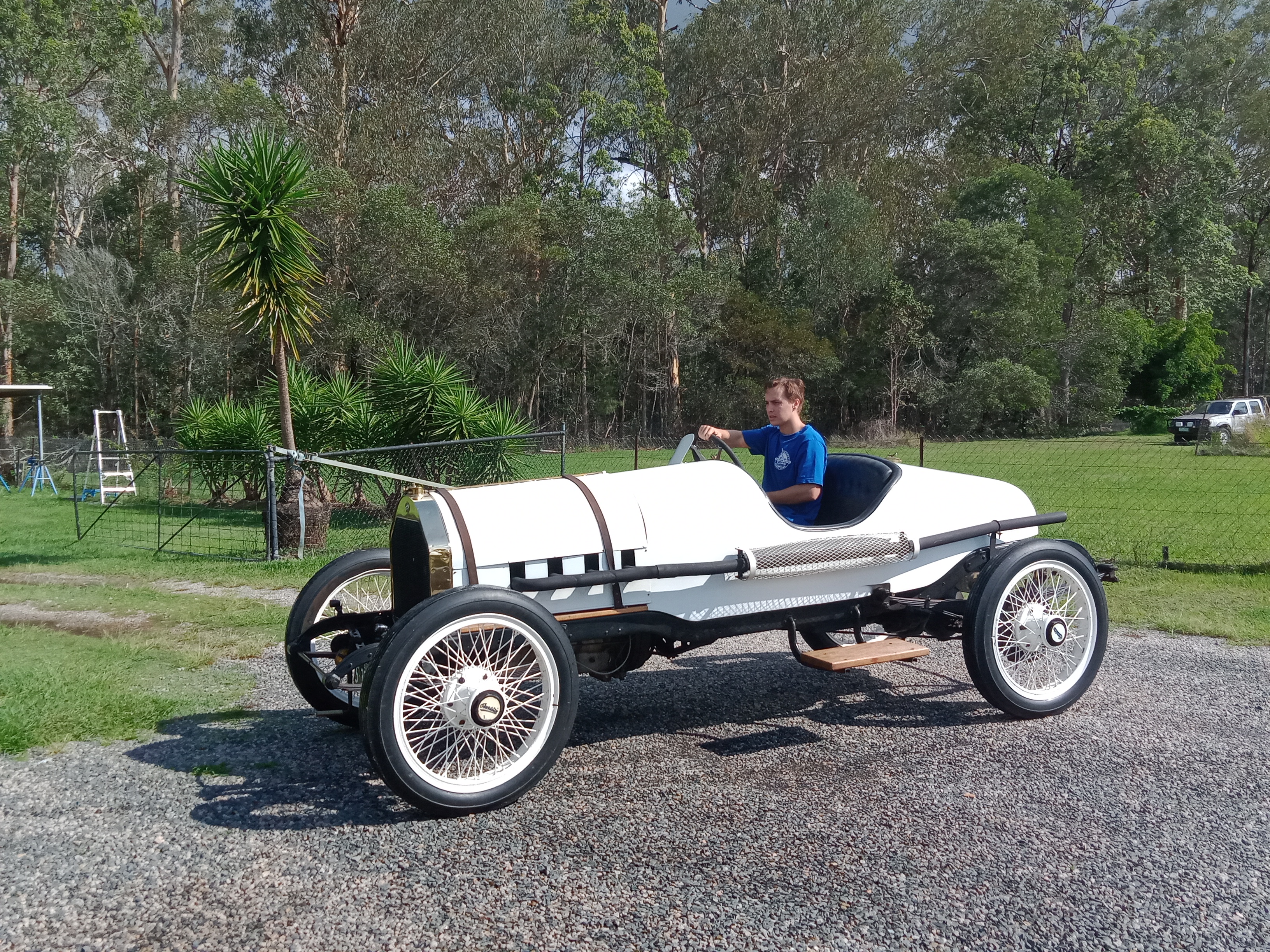 Car Wars Down Under is a brilliant new book from veteran journalist, motoring writer and Gold Coast local, Murray Hubbard.

It tells the largely unknown tale of how hostilities between two early pioneers of our local retail car industry – arch-rivals with commercial allegiances to different brands – erupted, on Christmas Day 1916, in a showdown at low tide on Southport beach.

It would be the first attempt to set an Australian land speed record and was officially timed by the ACQ – the Automobile Club of Queensland (prior to the ‘Royal’ prefix).

This is Murray’s third book, joining The Search for Harold Lasseter (1993), and The Day of the Roses, a manuscript turned into an award-winning Channel 10 doco-drama TV mini-series about the 1977 Granville rail disaster.

And the new book? Well, to use the author’s own words: “The idea for the book came out of an RACQ touring exhibition of old transport images that was doing the rounds of Queensland around 2008.”

One of the photos, of a car racing along Southport Beach with a caption referring to ‘Southport Speed Trials 1916’, kept drawing Murray back. As a Gold Coast resident, he was surprised that he’d never heard of the event and the more he looked, the more fascinated he became. 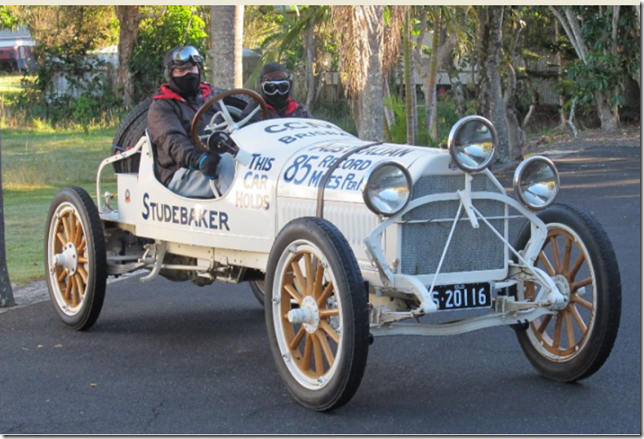 Murray’s research eventually turned up more images, including some of a circa-1916 race car involved in the trial known as ‘Whitey’. The pic was supplied by George Gilltrap, a name many readers will be familiar with as the owner of the former Gold Coast auto museum. It was soon clear to Murray that this story had the makings of a great book.

Set in Brisbane, the Gold Coast, Sydney, Perth, and Melbourne, Car Wars Down Under takes readers on an adventure through the early years of Australia’s transition from horse-drawn transport and bicycles, into the automotive era. The focus is on two rival vehicle importers, E.G Eager and Son (founded in 1912), and the rival Canada Cycle and Motor (CCM). It was through this rivalry that the roots of Australian motorsport were sown, along with the local car industry’s belief in the ‘Win on Sunday, sell on Monday’ mantra.

The story follows the business and motoring exploits of the American Edward Eager and his son Fred Zina Eager, including their legacy through today’s Eagers Automotive, the largest car retailing business in Australia and New Zealand. Willys was the brand most strongly associated with Eagers back in those early days, but in time the car retailer would have an even deeper connection with GM Holden.

Over at the rival CCM, headed up by its well-connected and competitive Ipswich-born managing director, A.V. Dodwell, the passion was Studebaker, with CCM being first to import the famous marque to Brisbane.

Reflecting the competitive nature of the emerging local car industry, brand and dealer rivalries played out in advertising claims and counterclaims, which read like an automotive soap opera. Motorsport success and the brand-bragging rights that came with it were a key part of the sometimes-spiteful tit-for-tat between Dodwell and the Eagers.

Of course, while this war of words raged between the rival car dealers here, the horrors of the Great War were unfolding in Europe, claiming thousands of young Aussie and Kiwi lives.

Along with his business acumen Fred Eager had built a reputation as a talented ‘steerer’, enjoying early success in his 1912 Willys Overland – dubbed ‘Whitey’ – at hill climb events organised by the ACQ at Hamilton, and on One Tree Hill (now known as Mt Coot-tha). Fred is also credited with having made the first vehicular ascent of Mt Glorious.

Much to Dodwell’s annoyance, these exploits were well covered in the Steering Wheel, an influential specialist motoring publication started by Edward Eager, that would in 1916 become the official voice of the ACQ. In time the magazine came to be known as the Queensland Motorist, and later The Road Ahead. Murray reports that as far back as 1915 the ACQ were lobbying on behalf of motorists on a range of issues including roads and charges.

The Queenslanders didn’t have all the glory to themselves, though, as it was Ballarat’s Alec Fraser Jewell, a former champion cyclist, sometime car salesman, and regular speedster, that would pilot CCM’s Studebaker Six against Fred Eagers ‘Whitey’ along the sand adjacent to what would eventually become the back straight of the Gold Coast Indy Car circuit. 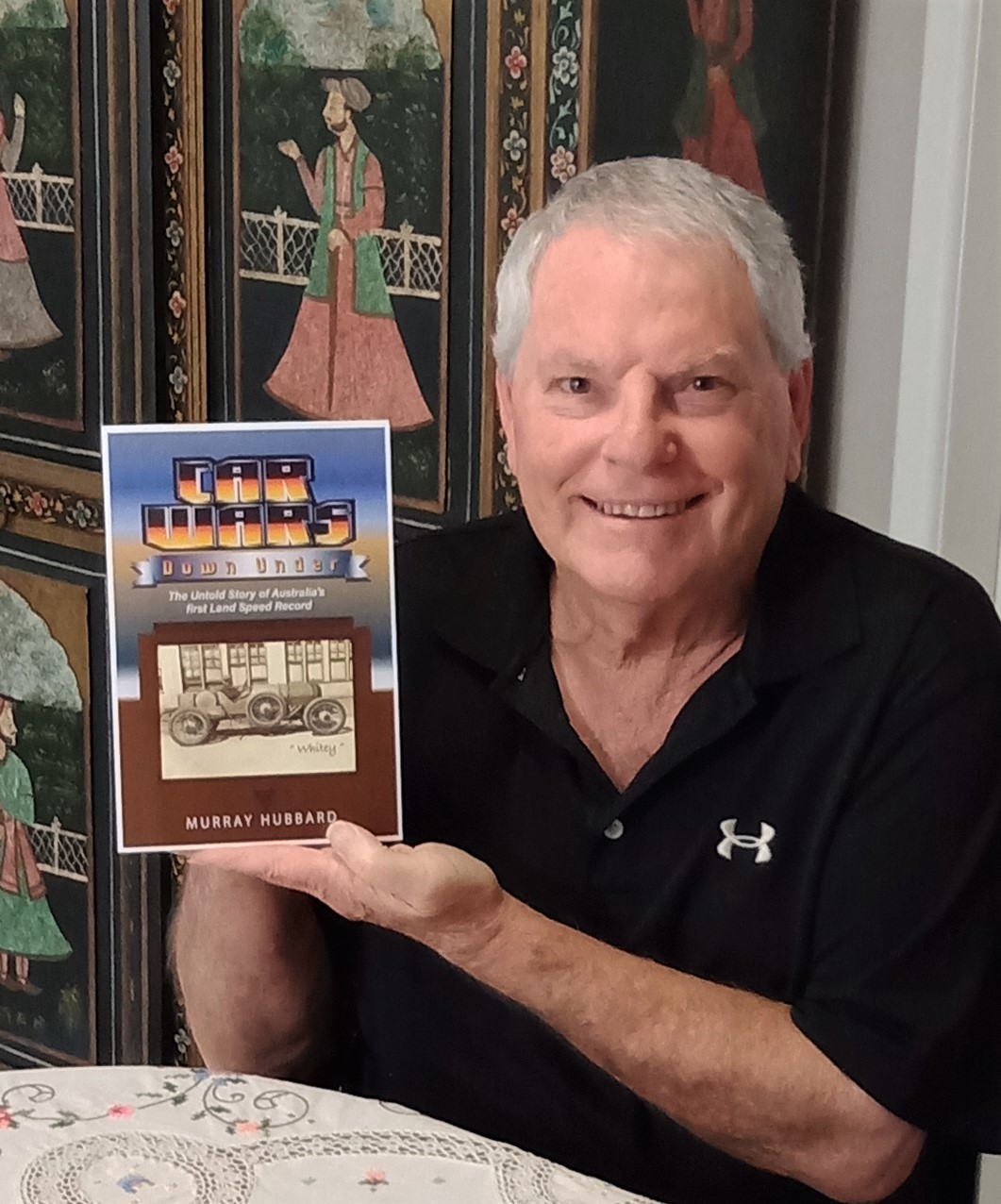 The speed trial was open to all comers, but ended up being a two-horse race for our two key protagonists. Even as they raced, Fred Eager’s father Edward’s health was failing, with death a real possibility. So, who was triumphant? Sorry, no spoilers here.

Both cars – the 270 cubic-inch four-cylinder Willys Overland, with its distinctive white bodywork, and the big Studebaker six – would go on to enjoy success in other motorsport and intercity speed trials.

More recently, classic car enthusiast Gavin Mutton has built a replica of the Studebaker in the guise in which it broke the Sydney to Brisbane intercity record in 1917, piloted by Alec Jewell. The replica incorporates mechanical parts from the original car, and in 2019 was displayed in the foyer of RACQ’s Edward Street offices.

As for Whitey, the car remained at Eagers until 1949 when it was sold and later ended up being used as a farm hack. Thankfully, the car eventually found its way into the hands of current owner Graham Crittenden, who restored it to such magnificent condition that it’s still in regular road use. That’s no small feat, considering Whitey turns 110 years old next year.

Car Wars Down Under is a well-researched and riveting read that brings to life a fascinating story about a key rivalry in the early Australian automotive landscape, and how it played out in high-speed competition on the sand at Southport. It comes highly recommended for anyone with even a passing interest in history, cars, or Australian motorsport.

Murray Hubbard’s 237-page Car Wars Down Under is printed in Australia and available as a soft-cover book or an E-Book, and priced at $29.95. The book is available from selected booksellers and on-line sellers.