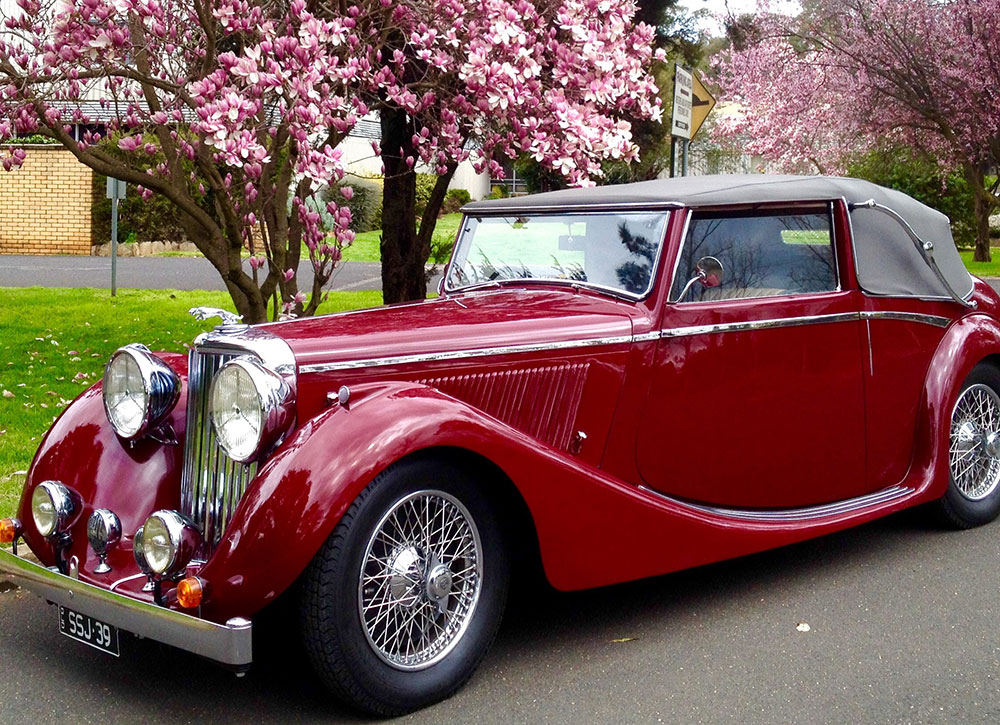 Judging RACQ MotorFest entrants is one of the most enjoyable roles our motoring team engages in each year and, conversely, choosing an overall winner is one of the toughest.

This year, judges again agonised over who would take the coveted Judges’ Choice overall winner prize, with the vote ultimately going the way of Rodney Greasley’s 1939 Jaguar SS, which also won the British category.

Delivered new to Australia in the same year it was built and featuring all original body parts and matching numbers, the drop-head coupe is one of only 17 surviving examples in the world.

Automotive pedants with a keen eye for dates may note the discrepancy between this year’s celebration of 100 years of Jaguar and the fact Rodney’s car is acknowledged as the first series to use the Jaguar name but was built in 1939.

The back story is that 2022 marks 100 years since the Swallow Sidecar Company – the outfit from which the Jaguar marque ultimately evolved – was founded in Blackpool, England, by William Walmsley and William Lyons.

In early 1945, with the allied powers edging closer to defeating the scourge of Naziism, the SS name was dropped due to its association with Hitler’s despised Schutzstaffel paramilitary organisation and the company officially changed its name to Jaguar Cars Limited. 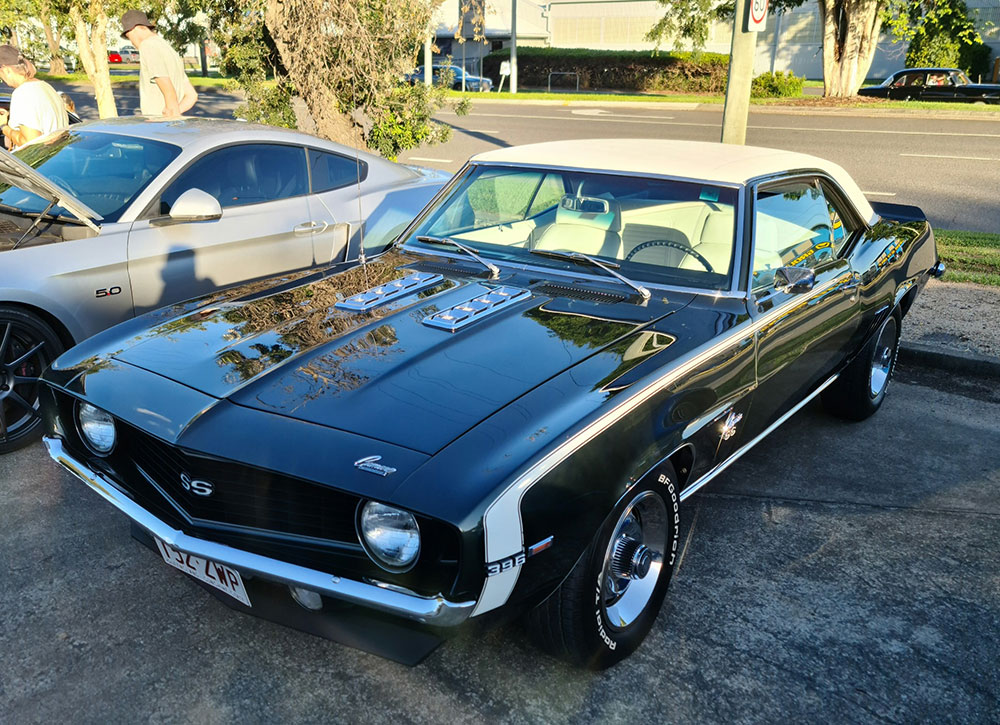 Designed as GM’s rival to Ford’s runaway success Ford Mustang, which sparked the US Pony Car wars, Chevrolet’s Camaro launched in late 1966 and immediately took the fight up to the compact rear-drive Ford coupe.

Wayne Hill’s stunning 1969 Chevrolet Camaro SS is a survivor of that iconic first-generation model and beat some very fine metal to take top honours in the American category.

Powered by a rumbling 396 cubic inch V8 mated to a four-speed manual transmission, Wayne’s car has had a full factory rotisserie restoration and is finished in a rare combination of fathom green paint with ivory interior and matching vinyl roof. Long before Jim Richards and Mark Skaife made the R32 Nissan Skyline GT-R an Aussie touring car legend, the Skyline had established a reputation in its Japanese home market as one of that country’s great sports coupes.

Scott Turner’s ’74 Nissan Skyline C110 holds a special place in the Skyline’s history as it was the model that reintroduced the distinctive round taillights of earlier generations and which remain a Skyline signature today.

The winner of the Asian category in 2021, Scott’s Skyline was again praised by judges for its rarity and original presentation, the latter courtesy of more than 2000 hours of build time. The King is back, long live the King!

Ford Falcon XY GTs are never far from the top of any list of the most desirable Australian muscle cars and Anthony Saunders jaw-dropping 1971 example is finished in rare RAA Yellow, courtesy of having been originally ordered for the Royal Automobile Association of SA.

One of only three XY GTs finished in this colour, the flying Ford has benefitted from a 10-year restoration back to factory standard, including a rare factory-optioned slide-back sunroof, power steering and eight-track stereo cassette player.

The Ford Falcon XB coupe is one of the most distinctive and iconic body styles ever to roll off Ford Australia’s Broadmeadows production line and Pas Daskalakis’ 1974 example retains the XB’s classic lines, while upgrading practically everything else in a stunning pro-resto mod.

Featuring a mighty 430 cubic inch V8 developing a thunderous 700 horsepower, the show-stopping coupe steps out in deep layers of satin black paint, with a custom-built interior and number plates declaring it an ‘Insane XB’. The pickings were slim in what is only the second year of MotorFest’s electric vehicle category, but the standout winner was Werner Kroll’s electrified 1958 Messerschmitt KR200.

On the scale of one to wacky, Werner’s tiny three-wheeler rates a 10 with a bullet and has benefitted from two restorations during his custodianship, including the most recent in 2017 when the single-cylinder two-stroke combustion engine was replaced with a battery powered electric motor. 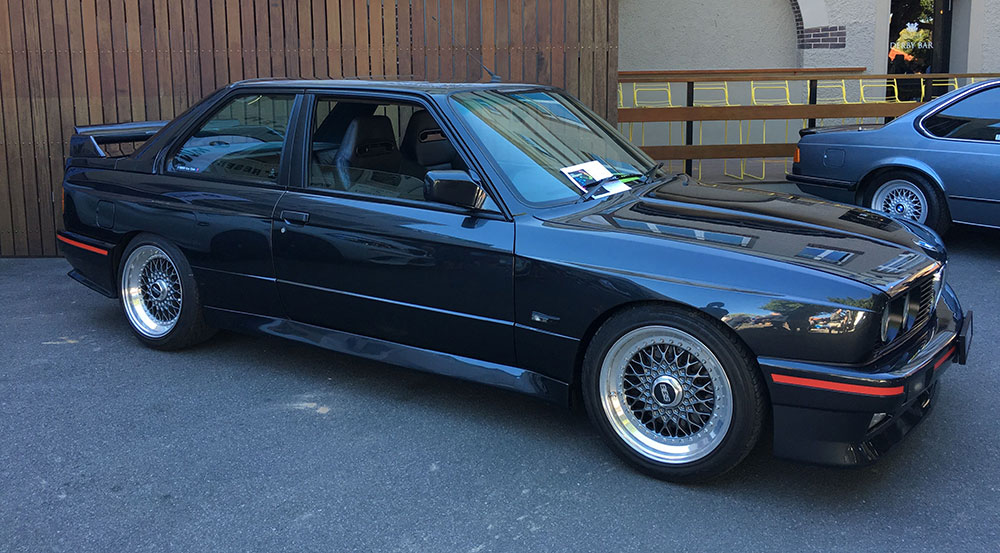 As the forefather of one of the most storied performance car badges in motoring history, the BMW E30 M3 holds a unique place in BMW sporting history and you’ll find few better examples anywhere than Mark Cater’s 1987 car.

Finished in Diamond Schwartz and upgraded to the latter even higher performance Evo Sports specification, judges declared it a wonderful example of the German sports coupe that was originally built to Group A racing homologation regulations.

With its race-inspired manual gear-shift pattern placing first on the bottom left of the H-pattern ’box, upgraded brakes, stiffened body and a feisty naturally aspirated 2.3-litre 16-valve four-cylinder engine developing a heady 200 horsepower, it’s rightfully among the most collectible of all BMW performance models. 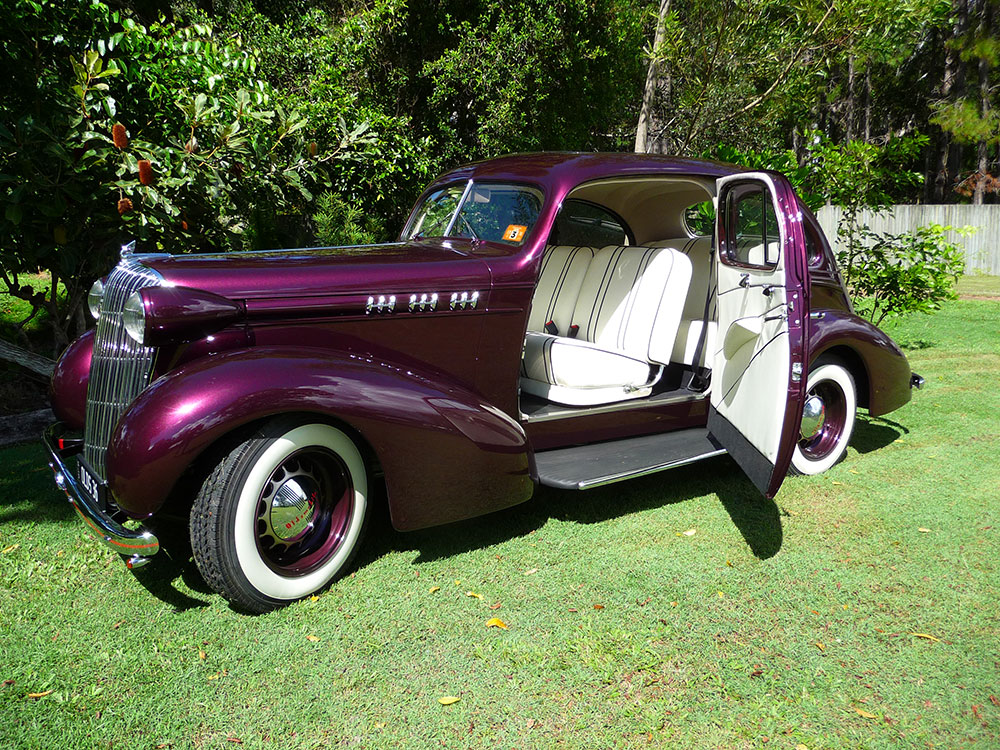 With its lustrous burgundy paint and unusual ‘suicide doors’, Noel St John Wood’s 1936 Oldsmobile Coupe was a popular choice in the Modified/Restored category.

Featuring a period body built by Holden Australia almost two decades before the indigenous FX Holden would be created, Noel’s ‘Olds’ is a study in retrained style, with its whitewall tyres on deep dish rims and an interior clad pristine white leather with stitching that matches the pristine paint. 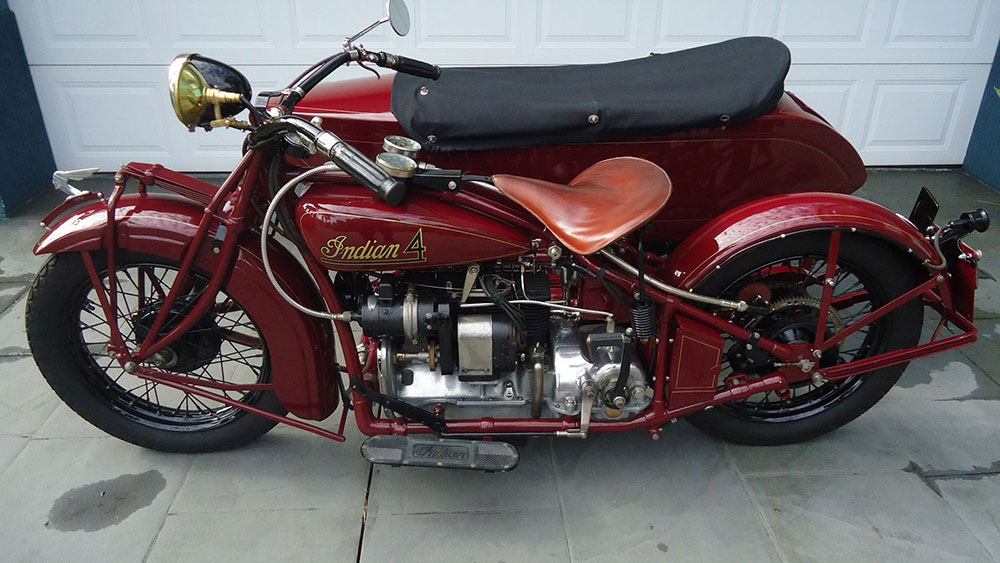 Vintage Indian motorcycles are among the most distinctive and collectible bikes on the planet and Ian Rennie’s wonderful 1939 Indian 4 is regarded as one of the most significant machines of its era.

The United States Postal Service celebrated the 1940 version of the same bike as part of its American Motorcycles stamp set in 2006 and a 1941 model forms part of the Smithsonian Motorcycle Collection at the National Museum of American History.

Ian’s bike has its own fascinating recent back story which begins with 2002 restoration by Melbourne specialist Parker Indian after which the bike was shipped by its then owner to Hong Kong and later Italy where a sidecar imported from the USA was added.

Ian purchased the Indian in Italy and crated it up for export to Australia before a claimed heritage order nearly derailed his plan, prompting a hasty change of tack that saw it trucked to the UK before it was finally shipped back to Australia.

As a result, Ian believes his classic Indian 4 has done many more kilometers of ocean travel than road travel. In 1904 Edward VII was King of the United Kingdom of Great Britain and Ireland and the British Dominions, of which Australia was proudly a part, Alfred Deakin was our Prime Minister and Arthur Morgan was running things in Queensland, where Ipswich was about to be proclaimed as a city. Further north, Dr Henry Garde, Chief Surgeon of the Maryborough Hospital and one of the founders of RACQ was taking delivery of this immaculate French-made De Dion Bouton, which is now proudly in the hands of owner Joe Jarick.

With its tapered ‘coal scuttle’ bonnet and raked steering column bristling with controls for the ignition, carburation and clutch, judges declared this a wonderfully preserved and immaculately restored example of early-era motoring. Designed by the legendary Ettore Bugatti, who later established the eponymous marque that bears his name, Wolf Grodd’s 1925 Lorraine Dietrich B 3-6 Tourer was restored over several decades with the help of other Lorraine-Dietrich owners in Australia.

Bugatti is best known these days for the ultra-rare and hyper-expensive Bugatti Veyron and Chiron supercars, but the Lorraine Dietrich was also something of a supercar in its day.

Examples of Wolf’s 3.4-litre 15CV B3-6 won the third and fourth Le Mans 24-Hour race in 1925 and 1926, interrupting British marque Bentley’s run of successes in the famous French endurance race.