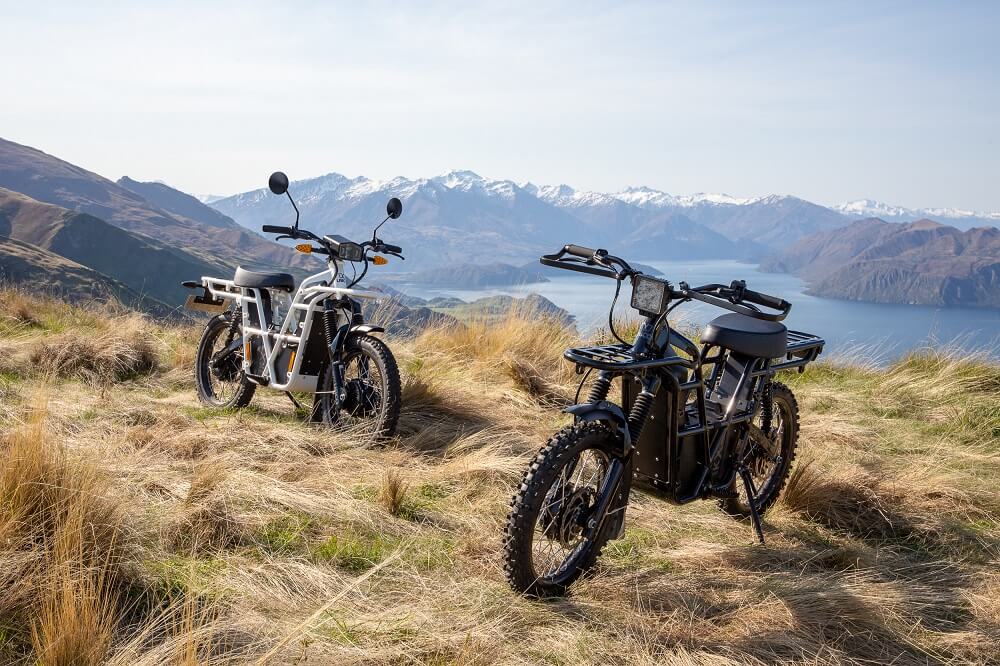 Imagine you’ve just finished mowing the lawn on a Sunday and are about to retire to the couch for a lazy afternoon nap.

Suddenly, the peace and quiet of your semi-rural idyll is shattered by the high-pitched ring-a-ding-ding of a two-stroke trail bike at full throttle.

It’s a scene that plays out for all too many landholders with acreage properties on the outer-suburban rim of Queensland’s major cities, as well as in semi-rural areas across the state.

In some states the solution has been to ban or heavily restrict dirt bikes from entering these areas, which seems a bit harsh on the kids – not to mention the adults who are big kids at heart – who just want to enjoy their two-wheeled adventures.

But help could be at hand thanks to developments in the field of electric trail bikes with one trans-Tasman model so stealthy that the New Zealand army is testing it for reconnaissance and surveillance duties.

Kiwi-based electric motorcycle company UBCO has just launched its 2021 electric models with an off-road-only 2x2 Work Bike and a 2x2 Adventure Bike, both of which are so silent residents can snooze their Sunday arvos away while the kids next door play in the dirt. And there’s nary a whiff of two-stroke oil to assault the nostrils, either.

The “2x2” in the bikes’ names refers to the fact both the front and rear wheels are driven, making these Kiwi-built electric dirt bikes extremely versatile in even the roughest off-road conditions.

The bikes weigh as little as 64kg, depending on the model, with a range of about 130km between charges and pricing that ranges from $5659 for the Work Bike to $5900 for the Adventure Bike. 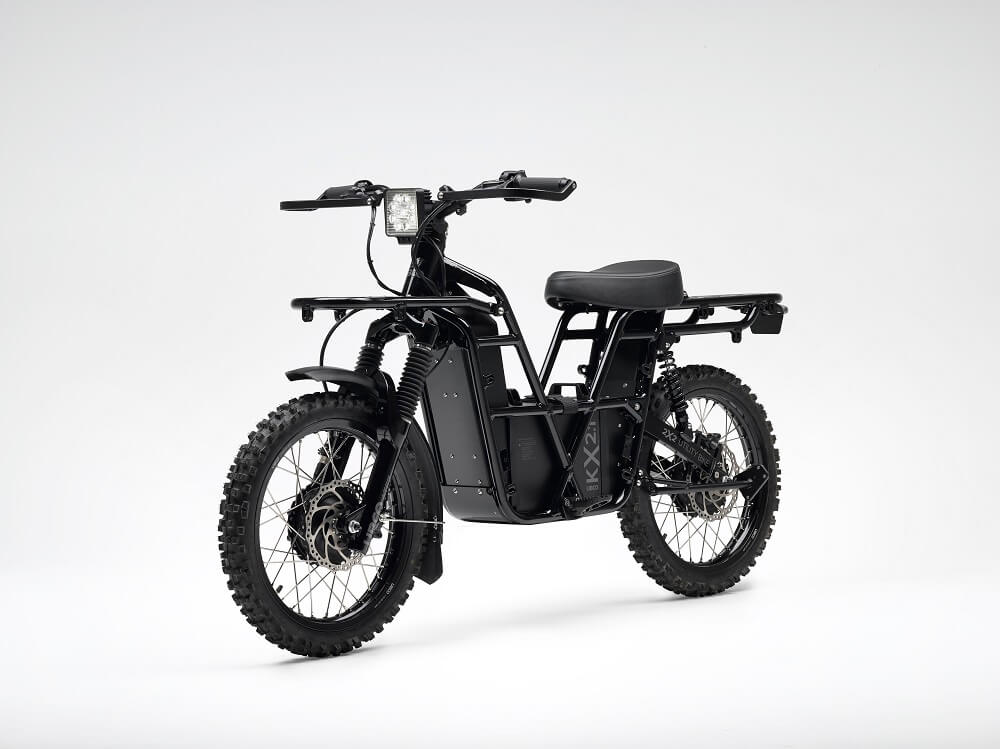 The UBCO bikes are already available for sale in several south-east Queensland stores and because they are speed limited to 50km/h, they can legally be ridden on a full car licence without the need for a special motorcycle licence.

Leeroy Swanepoel, of Ipswich-based GlobalSat, said the UBCO electric trail bikes could even be ridden on rail and other trails, which he believed may be a boost for regional tourism.

“I made contact with the ranger of the Brisbane Valley Rail Trail who saw no issue with the bikes getting used on the trails,” Mr Swanepoel said.

“I will be digging a little deeper with parks and wildlife as we are looking for a green light across many of the nature trails around the area.”

UBCO spokesperson Kat Sutherland said the company’s fifth-generation 2021 models are tougher than ever with improved power, torque, traction and a third more range at top speed.

“These GenX5 bikes have been in development for over 18 months,” Ms Sutherland said.

“The bikes were well underway before the NZ Defence Force began trials earlier this year.” 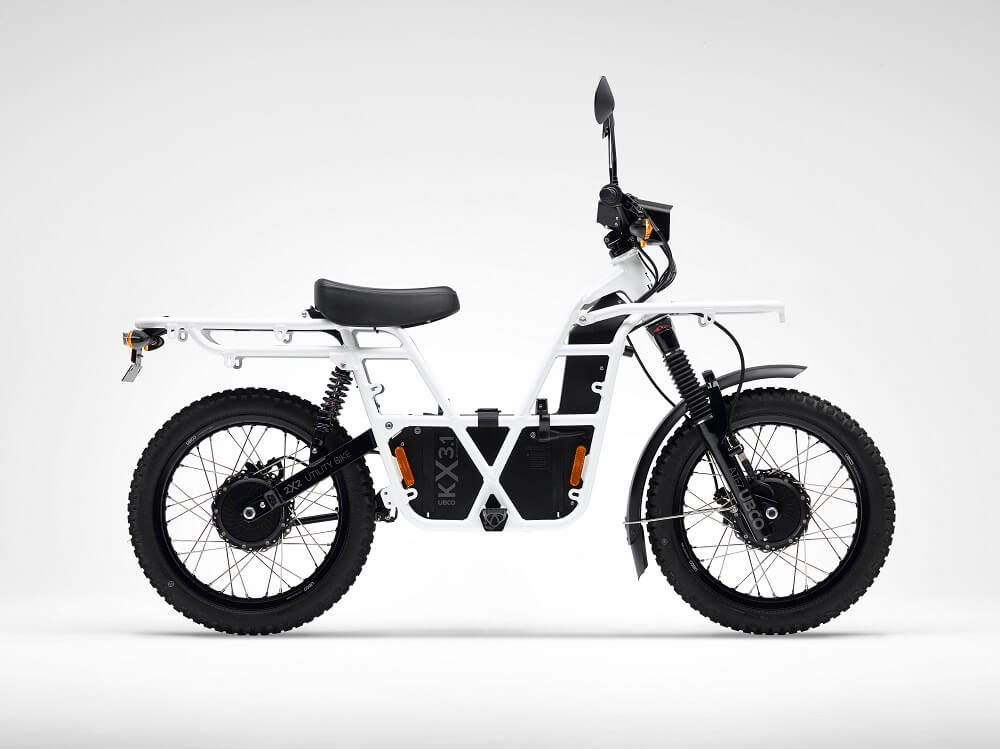 Other claimed improvements to the 2021 models include a 10% increase in motor efficiency, 23% more battery capacity, and a 33% increase in range at top speed, according to UBCO.

Ride and handling has also been improved while the bike and battery are both now designed for disassembly, further improving sustainability.

UBCO CEO Timothy Allan said UBCO 2X2s have been used for many applications other than the military including food delivery, tourism, farming, recreation and commuting.

“We now have the world's toughest utility bikes. Our bikes are what we like to call all-terrain, all-utility and all-performance,” Mr Allan said.

“Over the past two years, our product development and international supply chain team have made huge improvements to the performance, durability, security, and intelligence of our bikes. Now the rider experience is next level.”

The 2X2 Work Bike comes in black with lever guards and off-road tyres while the 2X2 Adventure Bike comes in UBCO white and can be fitted with a telematics platform that allows vehicle diagnostics, predictive maintenance, fleet monitoring and more.

Alongside the introduction of its two new bike models, UBCO has also added a stand-alone KXH Power Supply, available in three capacities. By mixing and matching bike frames and power supplies they have effectively have six models to suit most customers’ needs.