Ged Bulmer27/10/2021
EVs
Federal Government funding helps get the first Australian-designed and manufactured electric motorcycle off the drawing board and into production. 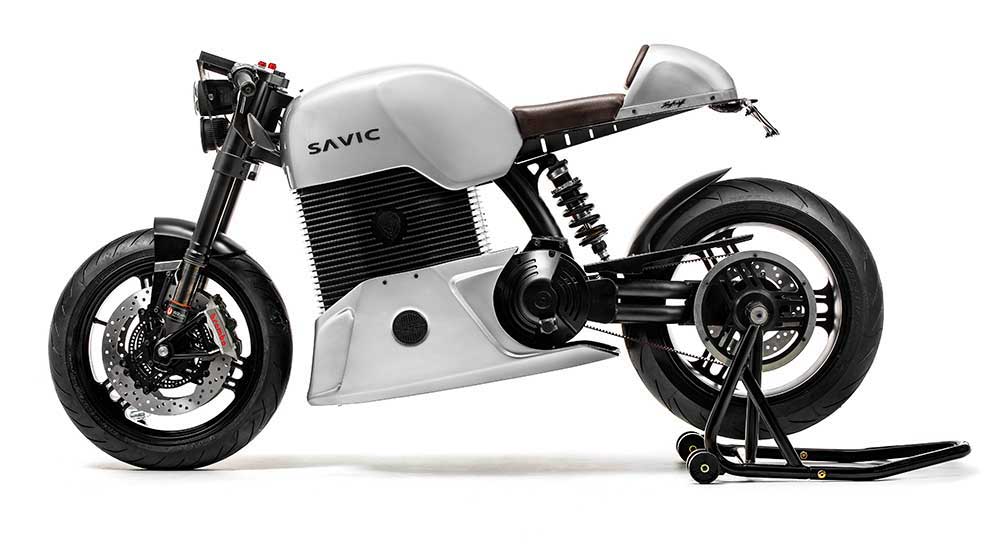 In a significant milestone for motorcycling in this country, the first high-performance, zero-emissions electric bikes to be designed and manufactured in Australia will hit the road in late 2022.

Melbourne-based Savic Motorcycles has confirmed it will move from prototype to manufacturing stage with its C-Series cafe racer, following completion of a $1.83 million capital raise which included contributions from the Victorian Government and co-investment of $657,000 from the Federal Government’s Advanced Manufacturing Growth Centre (AMGC).

The company, founded by Perth entrepreneur and former Ford Australia automotive engineer Dennis Savic, with the help of Perth-based designer Dave Hendroff, has been working on the concept of an Australian-made electric motorcycle for 10 years.

The project has entailed the input of more than 30 automotive engineers and software developers, according to a statement from Savic Motorcycles, which says it plans to have its first 20 motorcycles delivered to customers by the end of 2022. 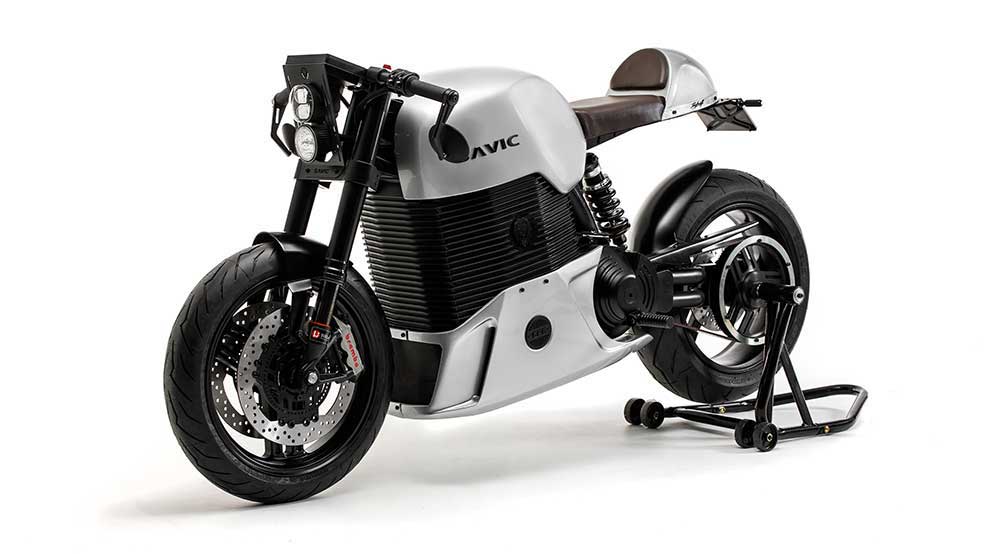 “Now that our first production run is funded, we’re aiming to have at least 20 bikes delivered to their owners in the last quarter of 2022, before rapidly scaling up manufacturing in 2023,” said Mr Savic.

“Our initial customers have proved to be incredibly loyal and have shown great faith in us and our bike during the delays we’ve experienced during the lockdowns of the past 18 months.”

Savic was one of 10 companies who received a total of $6.1 million from the Advanced Manufacturing Growth Centre (AMGC), which supports a wide variety of manufacturing initiatives falling under the federal government’s National Manufacturing Priority sectors.

“Australian manufacturers are exceedingly innovative and competitive when given the right support,” Managing Director of the AMGC Dr Jens Goennemann said.

“Savic Motorcycles are paving the way for electric mobility in Australia by leveraging the best of breed designers, engineers and manufacturing partners to deliver motorbikes of unmatched performance for local and global customers. 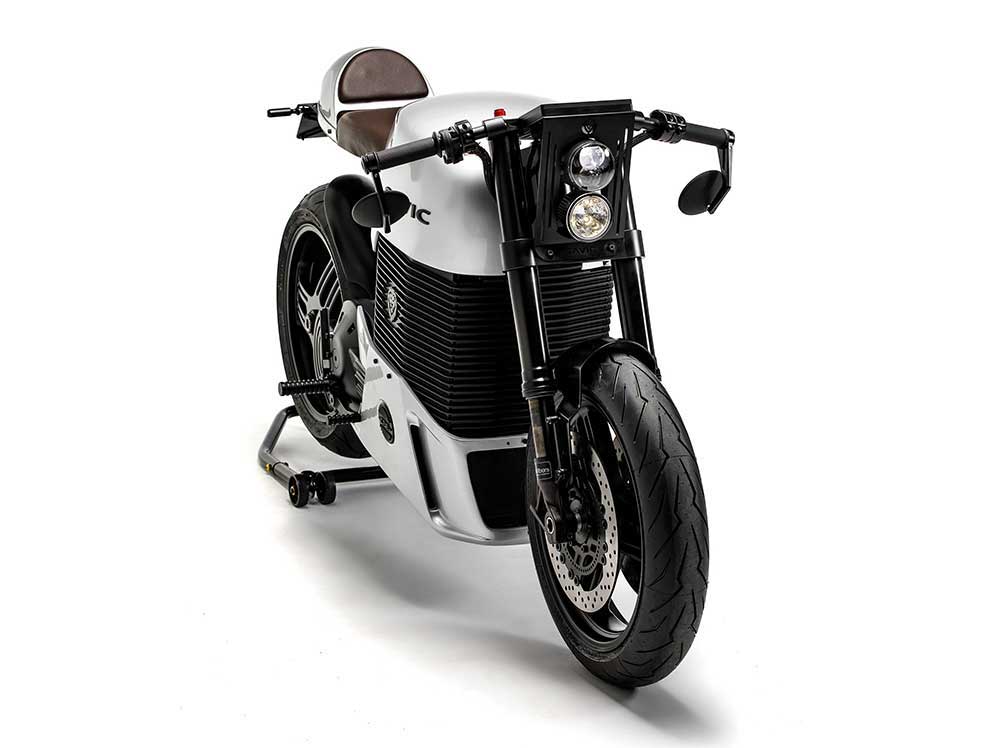 “Savic are proof that when you embrace the entire manufacturing process from design to research and development, all the way through to sales, there are exciting times ahead for Australian manufacturing.”

The Savic C-Series is a full-sized, high-performance electric motorcycle that is stylistically based on 1970s cafe racers, with the bike’s standard body and battery design enabling construction of two additional models with different price points, power outputs and range.

In addition to the range-topping 60kW Alpha version with 200km range, there’s also the lighter, more-affordable and lower-powered Delta with 40kW output and 150km range, and the 25kW Omega with 120km range.

All three models promise exhilarating performance with zero emissions and minimal maintenance, according to Savic Motorcycles.

Commenting after the Savic C-Series received a Gold Award in the 2021 Australian Good Design Awards, Mr Savic said the motorcycle had benefited from four years of ground-breaking design by a dedicated team of young Australian engineers, mentored by two former Formula One engineers, a Silicon Valley techpreneur and several international automotive executives. 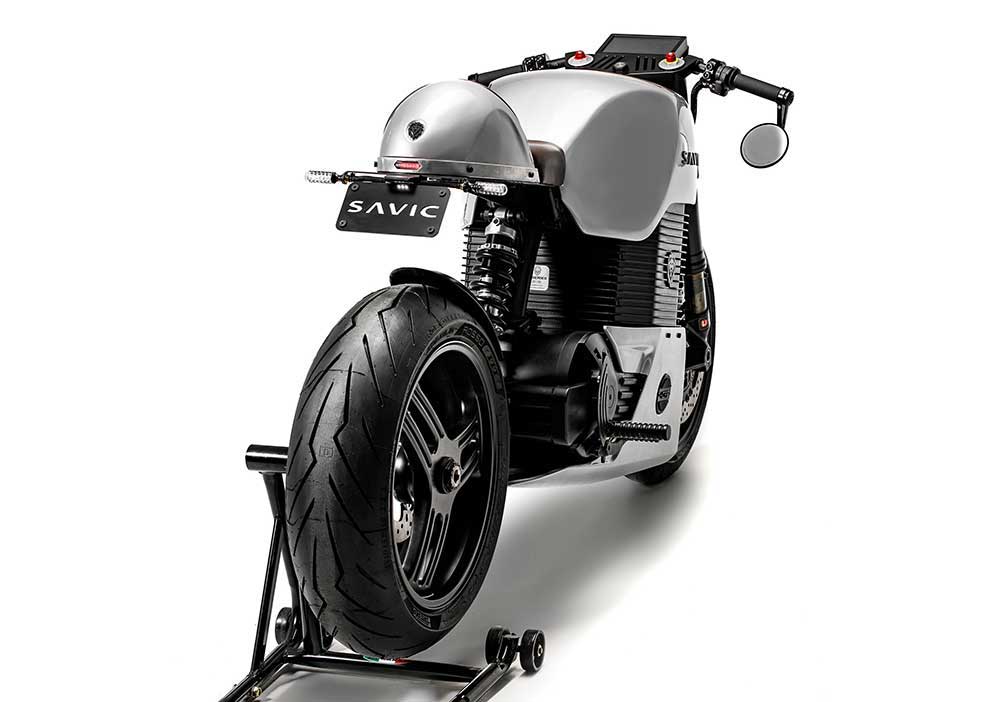 “With the C-Series, we wanted to recreate the distinctive pared-down style of a cafe racer, with clip-on handlebars, a broad ‘fuel tank’, and a vegan-leather cowled seat enabling riders to adopt a low racing stance,” he said.

“The result is Australia’s first true 21st-century motorbike: a testament to the emerging electric revolution, which will delight riders with its powerful performance, data smarts, and head-turning looks.”

According to the Electric Vehicle Council the number of electric motorcycle and scooter models is gradually increasing in Australia.

There are now models available from Evoke, Fonzarelli, Harley-Davidson, and Super Soco, with the Savic C-Series soon to join that list.

Savic’s published C-Series pricing is significantly less expensive than the all-electric Harley-Davidson LiveWire, which launched here in late 2020 with a $49,995 ride-away price.