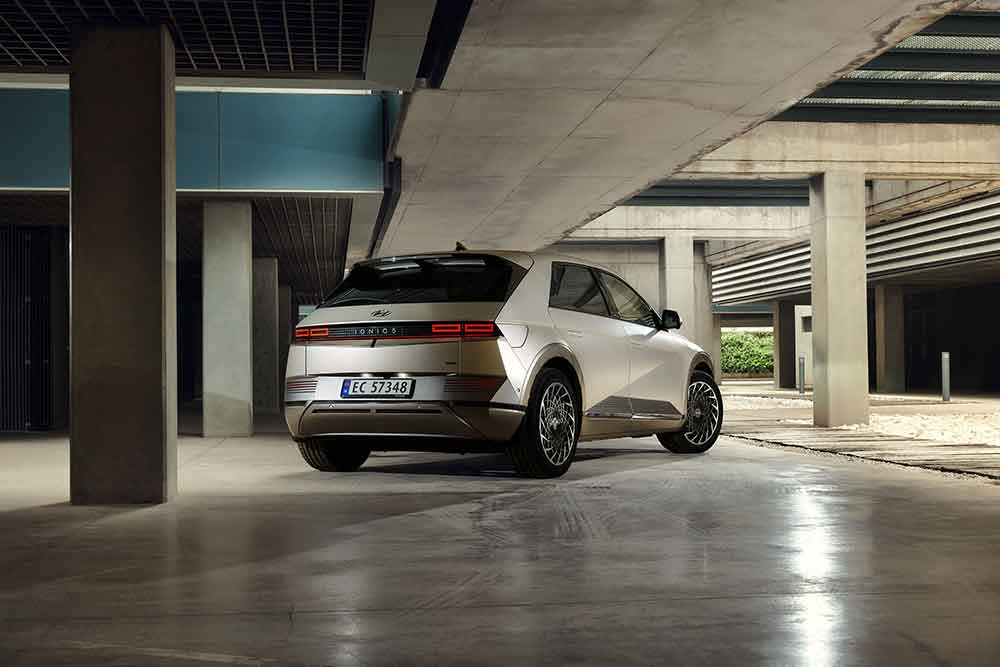 Buyers wanting to secure one of the first examples of Hyundai’s new Ioniq 5 electric vehicles (EVs) will need a good internet connection and a quick mouse hand to secure one, thanks to the Korean car maker embracing an online-only ordering system.

Hyundai has broken plenty of new ground with its new Ioniq 5 EV, including making it available only via an online ordering process, which it describes as a direct-to-customer model.

Priced from $71,900 to $75,900 (MLP) the Ioniq 5 is also Hyundai’s most expensive EV to date and among its most expensive vehicles overall, with only the large seven-seat Palisade Highlander CRDi exceeding its price point.

A statement from Hyundai said: “The sales process has been chosen in light of unprecedented high demand for Ioniq 5 in Australia and limited initial supply.”

The company said the new direct-to-customer sales model aimed to provide a fair allocation to customers across Australia.

Just 400 examples of the Ioniq 5 will be available to Australian consumers in 2021, with a group of 120 potential buyers – who had earlier placed deposits with dealers – given the first opportunity place their order when online ordering opens on 27 September. 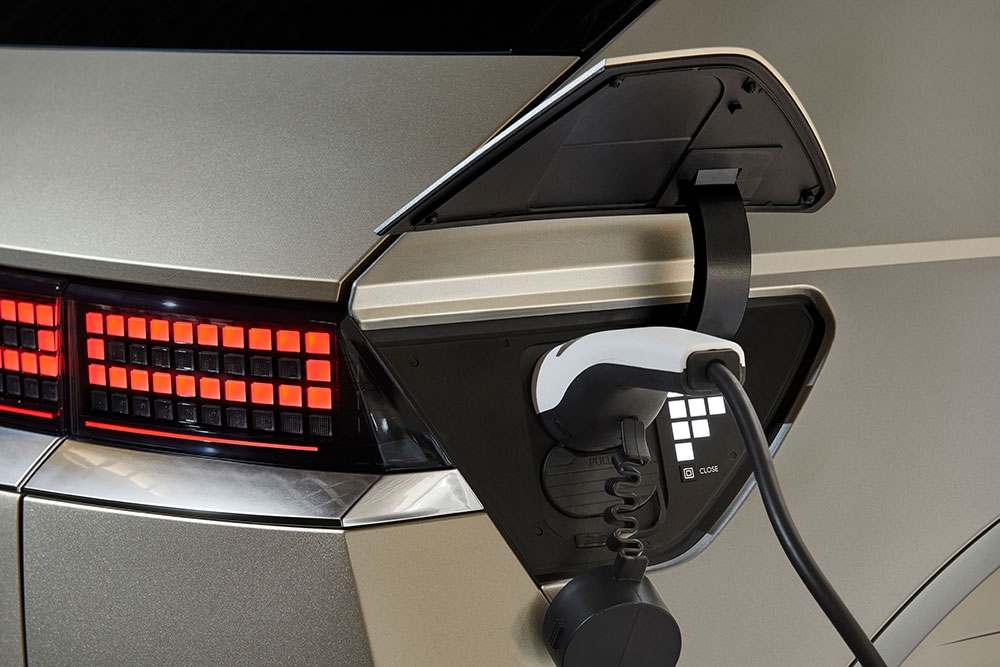 Customers who had previously registered their interest in the vehicle will be able to order online on 12 October, ahead of the order books being opened to everyone on 13 October.

The company said it had received an estimated 11,000 expressions of interest for the new model, so the initial allocation of 400 vehicles is going to leave many potential buyers frustrated.

“We’re going to be very much supply limited with the car for the foreseeable future,” said a Hyundai spokesman.

First deliveries of the 2021 batch of 400 units begin in October, with the initial allocation to be delivered to customers through 10 delivery partners chosen from the Hyundai dealer network.

However, after-sales support and servicing will be provided by all 32 Hyundai BlueDrive dealerships across Australia.

Hyundai was quick to point out its new online sales process was unique to the Ioniq 5 and the rest of the Hyundai range – including the Kona and Ioniq EVs – would continue to be sold through the dealership network. 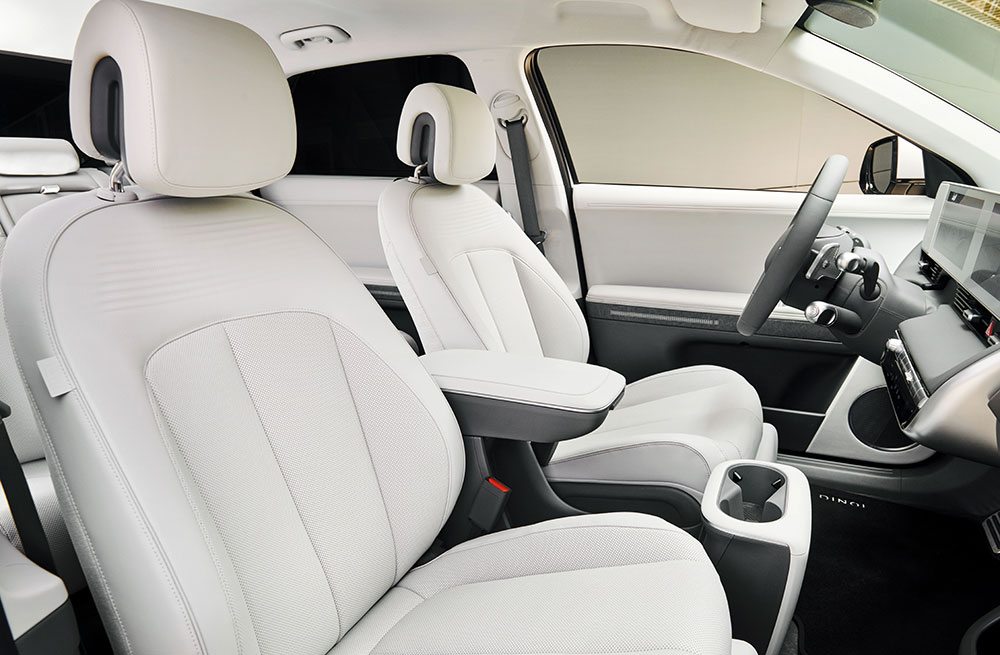 This was no doubt designed to avoid the sort of negative publicity that plagued Japanese car maker Honda when it moved to a similar direct sales model for all its vehicles earlier this year, forcing the controversial closure of many long-established Honda dealerships.

The futuristic battery-electric medium SUV will initially be offered in a single highly equipped “launch variant” specification, with a choice of 2WD (rear) or AWD powertrains.

Built on Hyundai’s dedicated Electric-Global Modular Platform (E-GMP), Hyundai said the new model made the most of the EV architecture’s design freedoms, with a progressive exterior design, said to be inspired by the mid-70s Hyundai Pony, and a spacious, flexible interior.

The latter features a so-called “Living Space” theme, utilising a versatile sliding island centre console that can be slid fore and aft by up 140mm. 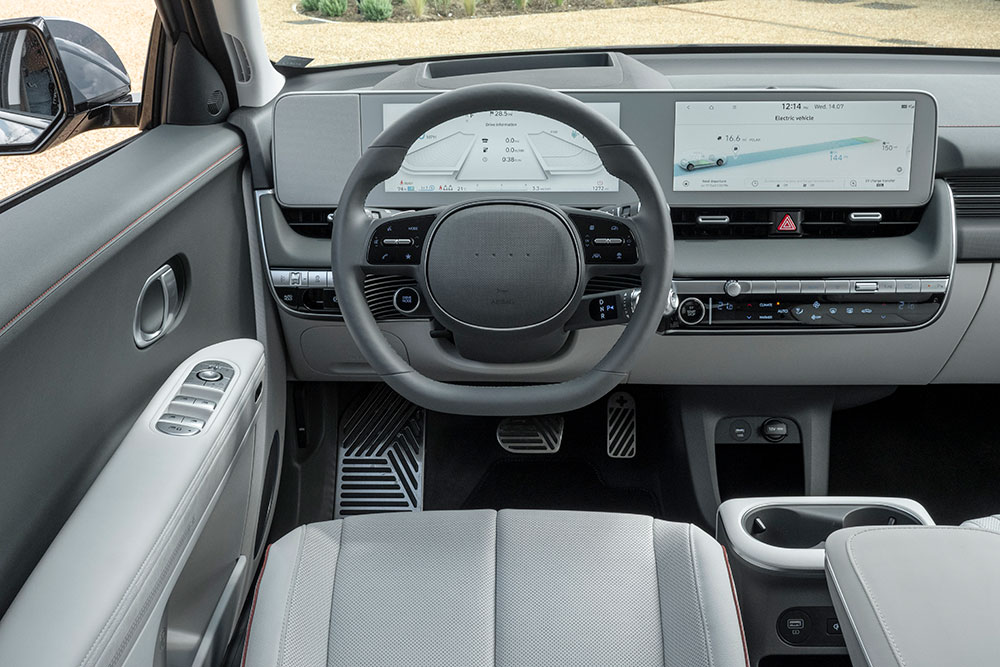 The leather appointed seats are trimmed in what Hyundai calls “sustainable eco-processed leather”, with the slimline front seats featuring 12-way power adjustment and something called a “Relaxion” (zero-gravity) mode, while the rear seats are two-way power-adjustable.

Sustainable materials are used throughout the cabin, including in the seats, headliner, door trim, carpets, and armrests., according to Hyundai.

Elsewhere, other luxury features of the launch edition include a heated steering wheel, heated and ventilated front seats, heated rear seats, a vision glass roof with power sunshade and a smart power tailgate.

Safety features extend to seven airbags, including a front-centre side airbag, and an extensive suite of SmartSense advanced active safety and driver assistance technologies.

The exterior design is notable for its daytime running lights (DRLs), which provides a distinctive light signature that is mimicked at the rear of the vehicle. The single motor unit boasts outputs of 160kW/350Nm, while the dual motor model has combined outputs of 225kW and 605Nm.

The EV boasts world-first ultra-fast 400V and 800V charging capacity, as well as vehicle-to-load (V2L) function, which allows customers to charge electric devices, such as electric bicycles, scooters, camping equipment, or even another electric vehicle.

Standard charging time from 10-80% is just over 6 hours on an AC household plug, about an hour on a 50kW DC fast charger, or a brisk 17 minutes on a 350KW ultra-fast charger.