Clearing the air with hydrogen vehicles

The technology behind hydrogen-powered vehicles can deliver a great outcome for the environment. “Like a vacuum cleaner for the air” is how the man in charge of Hyundai’s hydrogen fuel cell development Dr Sae-hoon Kim describes the company’s Nexo fuel cell electric vehicle (FCEV).

Dr Kim was referring to the fact the Nexo emits only water and cleansed air into the atmosphere when running.

Understanding how this occurs is central to understanding the workings of an FCEV like the Nexo.

Just like battery electric vehicles (BEVs), FCEVs use electricity to power their motor. But where a BEV draws charge from its battery, an FCEV generates electric current by combining hydrogen and oxygen in a fuel cell.

The hydrogen comes from high-pressure tanks located beneath the car, while oxygen is drawn from outside the vehicle, passing through an air purification system that cleans it of particulates and other unwanted matter, before using and discharging it. 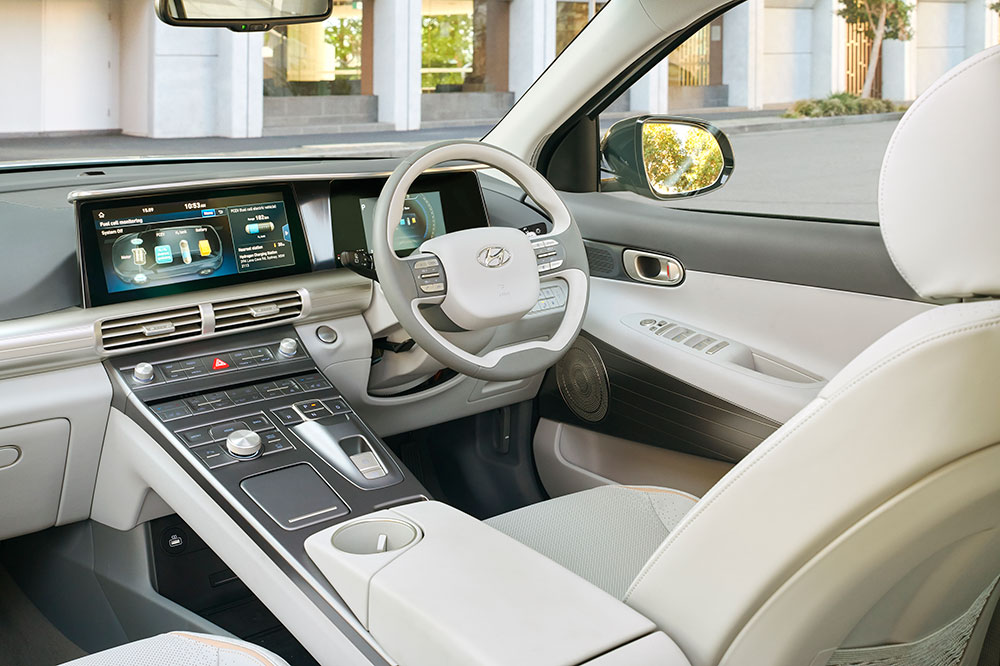 The only byproduct of this process is distilled water, which is discharged as vapour from beneath the vehicle, sometimes seen as a visible splash when an FCEV driver presses hard on the accelerator.

The 95kW fuel cell stack at the Nexo’s heart is part of a sophisticated powertrain that also comprises three compressed hydrogen tanks, a 1.56kWh lithium-ion battery and an integrated 120kW/395Nm electric motor.

Mounted under the bonnet, the fuel cell draws in air that is first purified then combined with hydrogen to generate the chemical reaction that produces electrical energy.

This electrical energy is then fed to either the battery or directly to the electric front-drive motor. 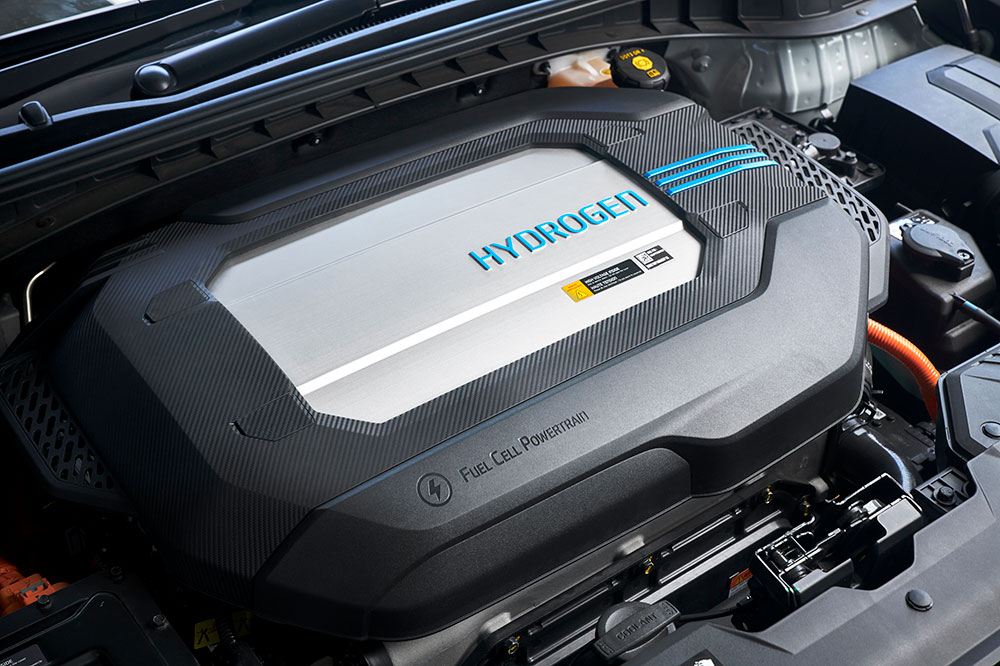 The Nexo’s combined system outputs of 135kW/395Nm are enough to endow it with 0-100km/h acceleration of 9.5 seconds and a claimed top speed of 179km/h, making it broadly competitive with similarly sized petrol and dieselpowered models.

Where the Nexo diverges from these rivals is in the fact that it produces zero tailpipe emissions.

It also differs from BEVs with its impressive 666km electric range and the ability to refuel its 156.6L hydrogen tanks in three to five minutes.

While some of the best BEVs, such as the Tesla Model S, can almost match the Nexo’s range, no current charging technology gets close to its rapid refuelling time.

The Nexo’s hydrogen supply is stored in three carbon-fibre-reinforced plastic (CFRP) tanks that are packaged beneath the vehicle floor with a combined capacity of 6.3kg. The tanks look like the LPG tank you might see in the boot of a Falcon taxi but are super-strong and designed to prevent gas leakage and remain safe in the event of an accident.

Aside from this, the Nexo looks like many other medium-sized SUVs, including Hyundai’s similarly sized Tucson.

Its styling is attractive but not especially remarkable, with slimline headlights and recessed door handles that pop out when you touch them among the few ‘gee-whiz’ elements.

The handsomely finished interior makes more of a futuristic statement with a large and buttonheavy centre stack, plus twin LED display screens that provide encyclopaedic detail on the vehicle’s operation.

In short, there’s a lot to like about Australia’s first road-registerable FCEV but because of the refuelling challenges the Nexo will initially be available only to fleets, on a lease and loan basis, with a monthly fee that covers registration, insurance, service, and maintenance costs.