We look at six of the best EVs that can put cash back in your pocket. 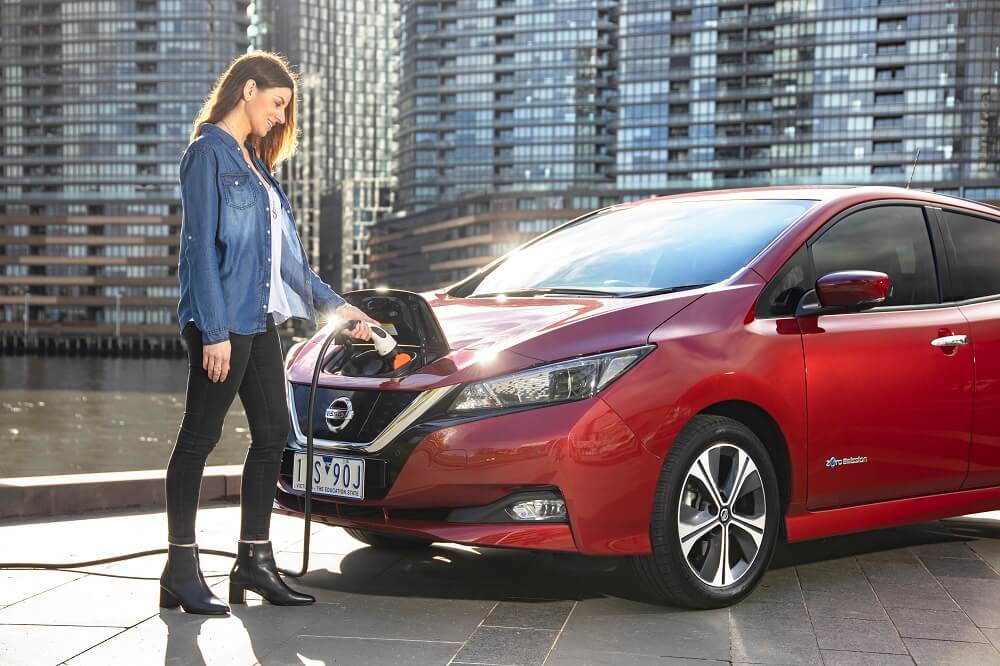 Buyers of new eligible zero-emission vehicles with a purchase price of up to $58,000 can apply for a $3,000 rebate from the Queensland Government

The rebate comes into effect on 1 July 2022 and is only available for the first 15,000 battery electric passenger and light commercial vehicles.

The rebate is based on a vehicle’s dutiable value which is the total amount paid (including GST) for the vehicle, including delivery costs, accessories and options added to the vehicle and any other charges or fees levied by the dealer on the purchaser. Registration fees and vehicle registration duty are not included as part of the dutiable value.

Applicants are encouraged to keep proof of purchase information (such as contract of sale, dealer tax invoice displaying final payment and date the vehicle was sold) to support their application.

Click here for more information on the State Government scheme.

Below are six models which qualify for the rebate. 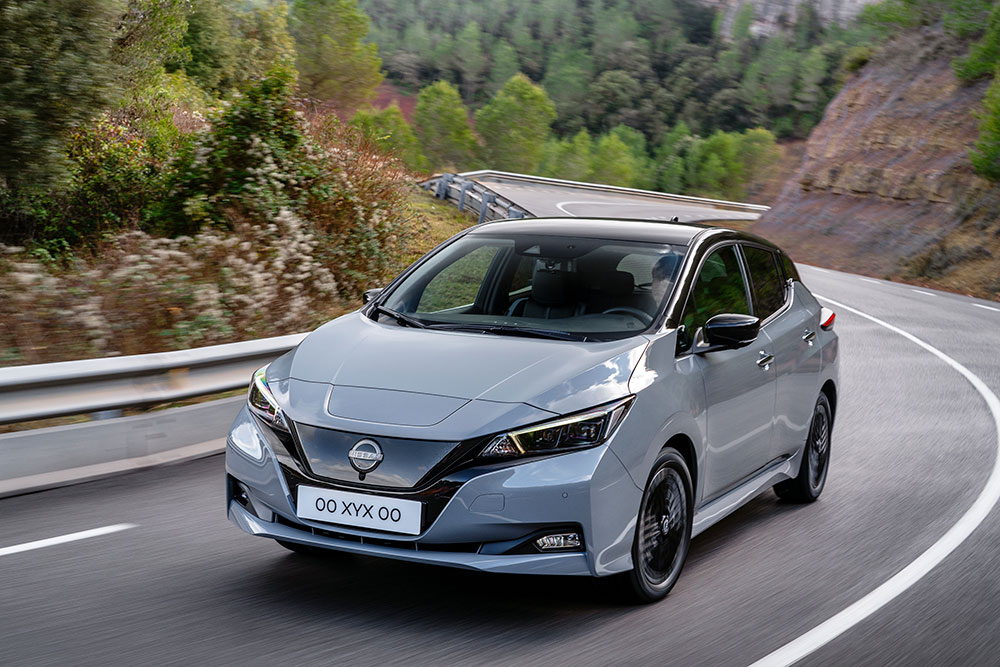 Hailed as the world’s first mass-market EV when launched in 2010, the Nissan Leaf is a true EV pioneer.

The electric five-door hatchback has benefited from several updates during its lifecycle, including the introduction of a second-generation version in 2017, a long-range variant dubbed the Leaf+ in mid-2021, and most recently a redesigned 2023 model year version that’s due in August with modest styling and technology updates.

Now, as before, the Leaf is available in a two-model line-up with different battery-capacity options to suit differing range requirements. However, only the standard-range Leaf qualifies for the State Government’s EV rebate.

At its heart is a 40kWh battery that delivers a range of 270km, versus a 62kWh battery and 385km in the extended range Leaf e+.

The electric motor’s outputs of 110kW/320Nm are also down 50kW/20Nm on the Leaf e+, and at 7.9 seconds the standard range takes a full second more to accelerate from zero to 100km/h than the Leaf e+.

On the plus side, the standard range is priced $10k below its stablemate and with range and performance that’s perfectly adequate for urban use and short trips out of town. This Chinese-made electric SUV has laid claim to being Australia’s most affordable EV since its launch here in late 2020, although the newly released BYD Atto 3 is now providing stiff competition.

MG recently opened the sales books for an updated version of its MG ZS EV, with deliveries of the new model expected mid-year.

The new MG ZS EV continues to be available in two grades, both coming in under the State Government rebate threshold.

Both variants feature a new 51kWh high-voltage battery replacing the previous model’s 44.5kWh version, as well as an updated electric motor and enhanced battery management electronics, providing up to 320km of range.

New exterior styling, a remodelled interior and the MG Pilot safety suite are standard inclusions of this EV which also comes with an impressive seven-year/unlimited-km warranty on vehicle and high-voltage battery. 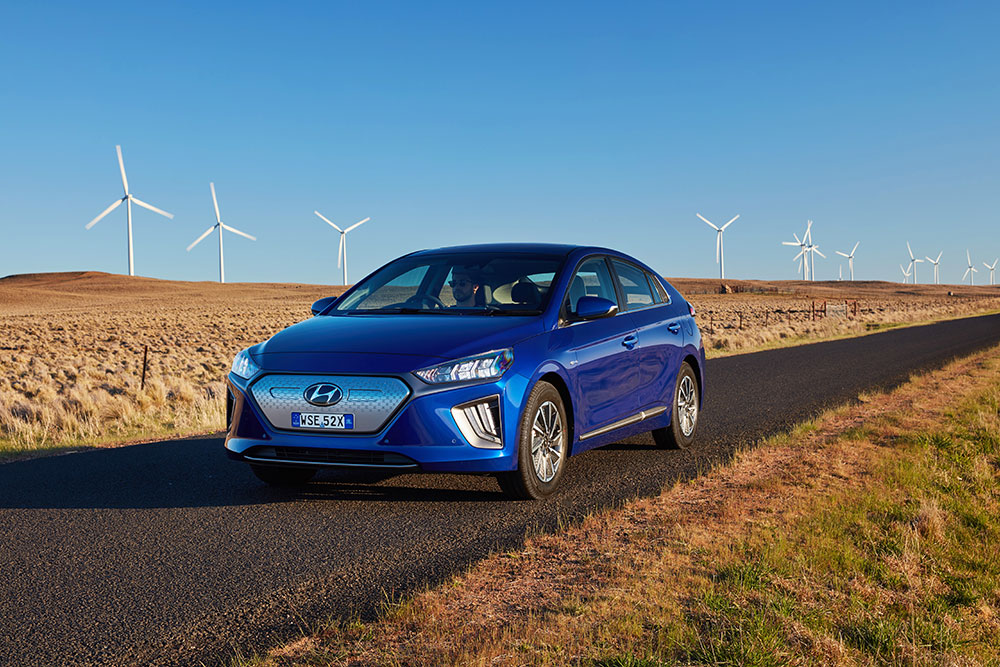 Like its stablemate, the Hyundai Kona EV and rival MG ZS EV, the Hyundai Ioniq Electric is the electrified member of a model range that also includes internal combustion engine (ICE) versions.

There are two Ioniq EV models to choose from, both featuring the same five-door fastback body style and both priced under the Government’s EV rebate threshold.

Updated in late 2019 as a 2020 model, the Ioniq benefited then from redesigned front and rear lighting, front grille and alloy wheels, a new soft-touch dashboard, ambient lighting and a tablet-style 10.25-inch touchscreen multimedia system.

Hyundai continues to focus on developing a local chassis tune for models like the Ioniq EV, which has tangible benefits in terms of supple ride and competent handling.

The front-wheel drive Ioniq Electric combines a 100kW synchronous electric motor with a single-speed gearbox and a 38.3kWh lithium-ion battery to deliver a range of 311kM (WLTP). 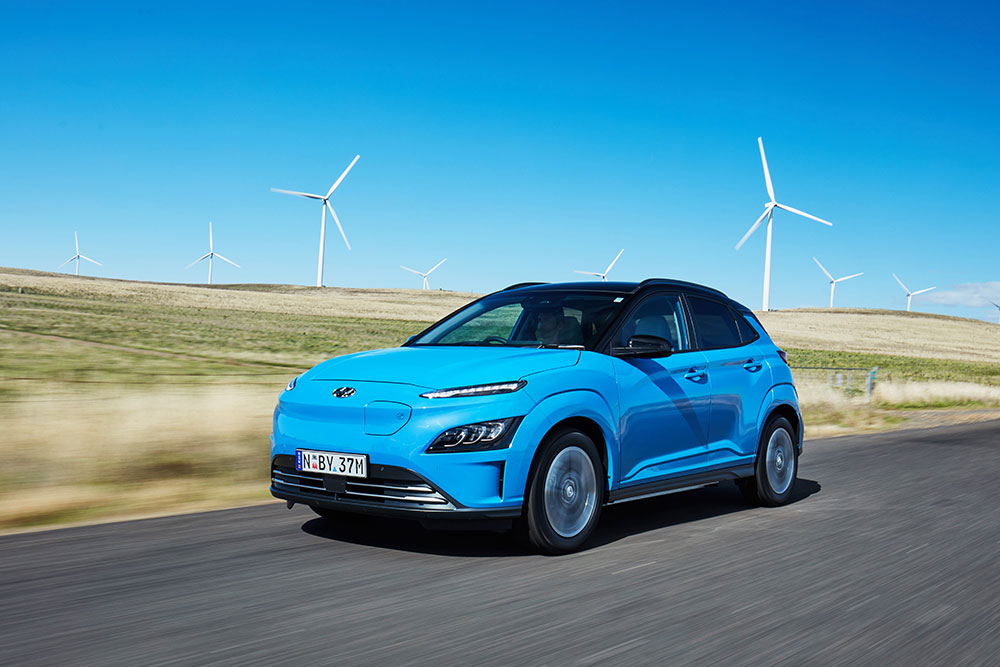 Hyundai looked to build on the early success of its electrified compact SUV the Kona Electric in August 2021 by revamping the range and adding a new, more affordable entry-level model, dubbed the Kona Electric Standard Range.

With a smaller battery, less power and reduced range compared with its established stablemate (now called the Kona Extended Range), Hyundai declared the new model would provide customers with access to zero-emissions electric motoring at a more accessible price.

The new model features a 39.2kWh lithium-ion battery, 100kW electric motor and claimed real-world all-electric range of up to 305km when tested to WLTP standards.

That’s well short of the 64kWh battery and 150kW motor of the Extended Range model, which has an effective urban range of 450km, or 400km on the highway, but buyers do save $4,000 on the Elite version, plus the State Government rebate.

The rebate is, only available for the Elite with its MRLP of $54,500, with the Highlander over the limit after dealer charges and on-road costs. 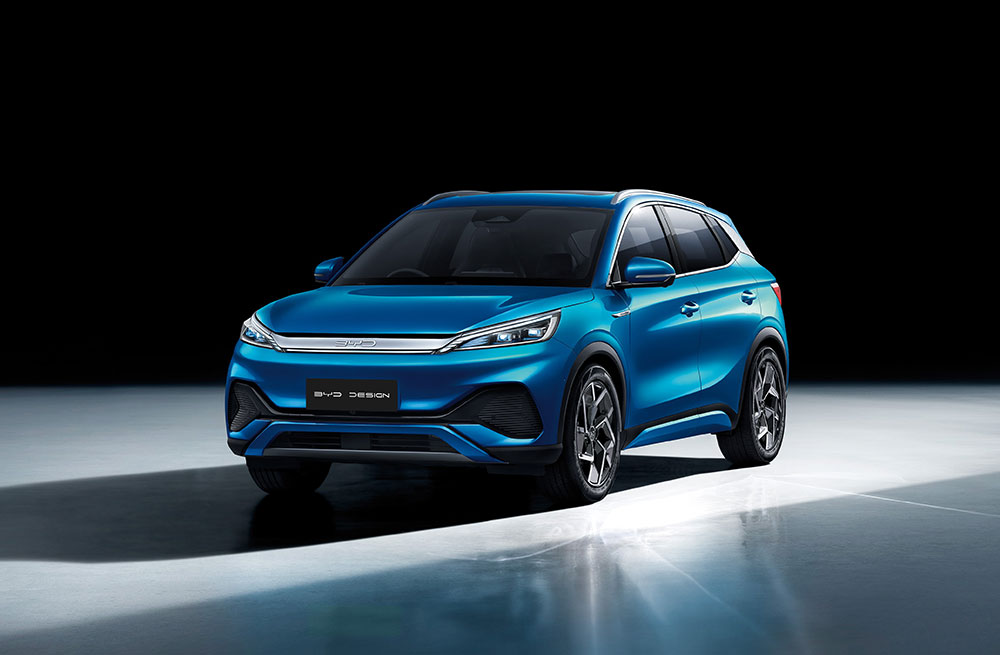 BYD stands for Build Your Dreams and the local importer EVDirect is promising to launch a range of more than six EV models by 2023.

The Chinese-made Atto 3 can be had with different range and power outputs – the entry-level model boasting a 50kWh battery and 320km range for an advertised driveaway price of $44,990 or there’s a 60kWh model with 480km of range costing $47,990.

Boasting an impressive sevenyear unlimited-kilometre warranty and a seven-year or 160,000km battery warranty, the Atto 3 is unique in this group in that its battery is not lithium-ion, but lithium iron phosphate or LFP, which is meant to be cheaper to manufacture. French car maker Renault was another early mover in the electric vehicle space with the Renault Kangoo Z.E. commercial van launched in 2011, a year after the Nissan Leaf debuted.

The electric Z.E. arrived in Australia in late 2017 and was hailed at the time as our first all-electric commercial van.

It boasts a 650kg payload, 4000 litres of cargo space, practical sliding doors on either side and dual rear-doors with 180-degree opening.

The 33kWh battery pack under the cargo floor drives an energy-efficient 44kW motor, for a driving range of 270km on the New European Driving Cycle (NEDC).

With the brisk acceleration and torque that is characteristic of EVs, the Kangoo is a handy little load hauler and avoids the usual diesel noise and vibration which can contribute to driver fatigue, according to Renault.

Get more information on electric vehicles from RACQ