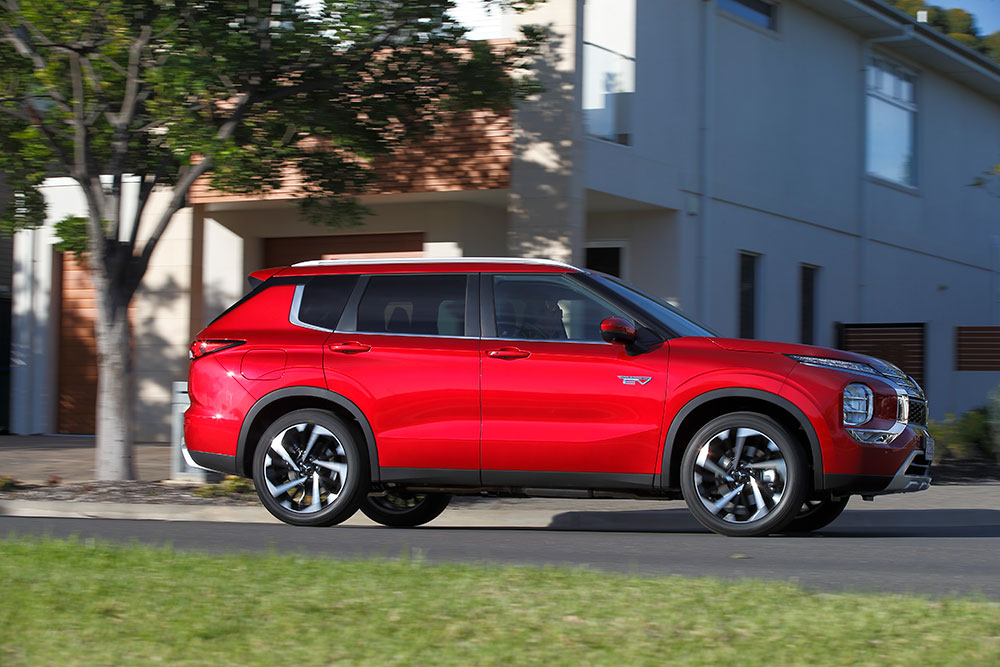 Due on sale from mid-August, the Outlander PHEV range will be available in four model grades, starting with the entry-level ES variant, progressing through Aspire, Exceed and flagship Exceed Tourer grades.

All variants are powered by a new-generation PHEV system that offers up to 84km (NEDC) of pure electric driving, with a choice of five- or seven-seat layouts, although the compact third row is described by Mitsubishi as a five-plus-two seat configuration.

Manufacturer recommended retail pricing kicks off at $54,590 for the ES five-seat model, rising to $60,990 for the Aspire five-seater.

Mitsubishi claims the new PHEV drivetrain is smoother, more responsive and quieter, with sharper acceleration and longer EV-only driving range than the equivalent unit fitted to the previous generation Outlander PHEV, which debuted in Australia in 2014. 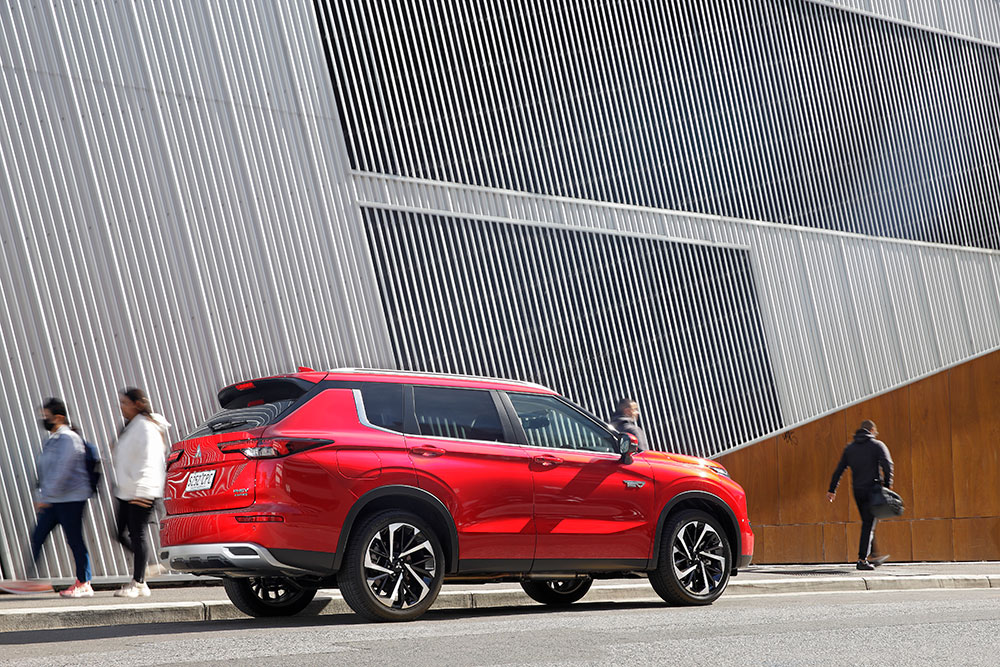 The new drive battery pack is 45% larger than the previous version’s 13.8kWh combination and delivers a claimed pure electric driving range of up to 84km (NEDC).

The engine acts primarily as an on-board generator (or range extender) in series hybrid mode but is also capable of driving the front wheels directly in parallel hybrid mode, at cruising speed or under high load driving.

The power output of the front-mounted motor has been boosted by 25kW to 85kW versus the previous model, while the rear motor boasts a higher 100kW power output, compared with 70kW previously. 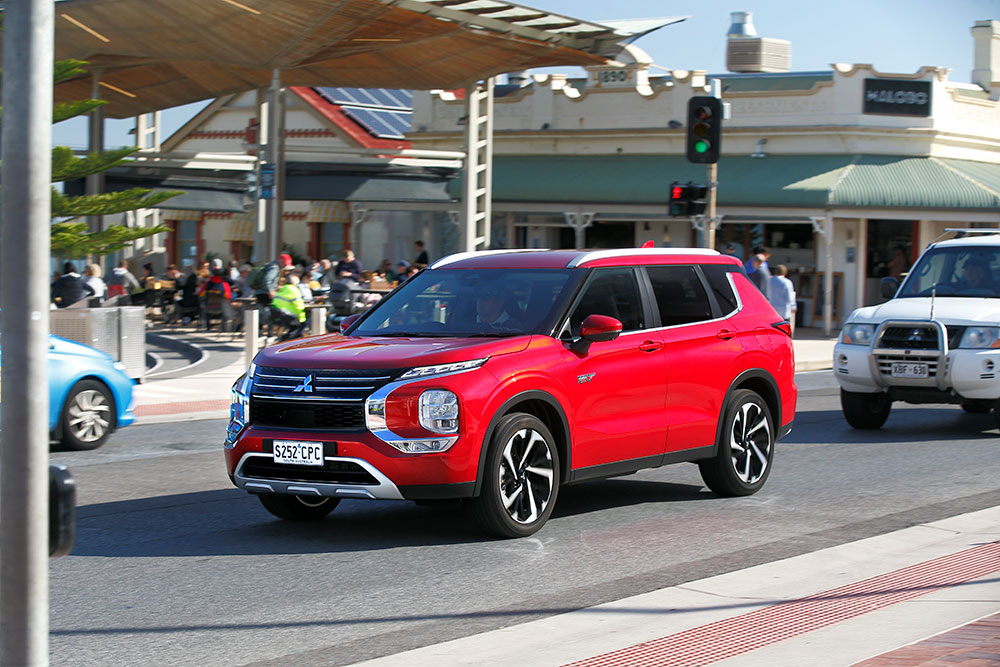 Other engineering changes include a new battery cooling system, an upgraded power drive unit with voltage boost function for the front e-motor and a reinforced differential that allows the PHEV to turn up its regenerative braking capability.

The six regeneration levels can be adjusted by the driver pulling a steering-wheel mounted ‘gear’ paddle, with a new feature being a centre-console button that allows for single pedal driving, engaging maximum energy regeneration so that the vehicle slows rapidly, as if under brakes, when the driver decelerates. 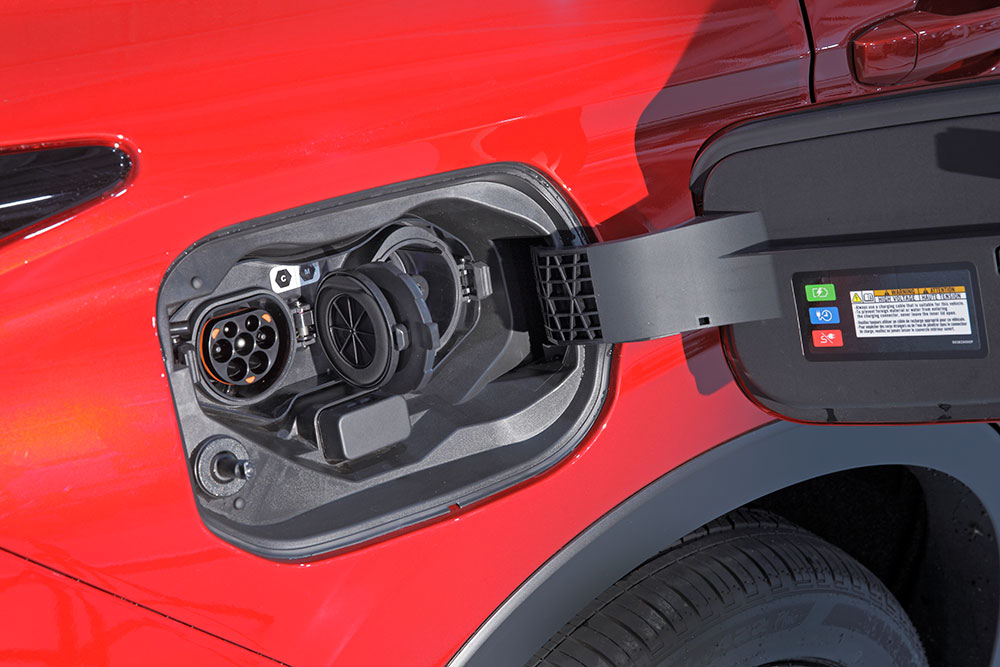 Charging is via dedicated ports on the vehicle’s right rear side and the Outlander PHEV comes with Mode 2 and Mode 3 charging cables as standard.

The new Outlander PHEV also features bi-directional charging capability which allows it to be used as a mobile battery storage system.

Using this feature along with an approved bi-directional Electric Vehicle Supply Equipment (EVSE), allows energy stored in the PHEV’s drive battery to be discharged back into the grid (vehicle-to-grid), or to power a home or other property (vehicle-to-home) that is not connected to the grid.

Outlander PHEV Aspire, Exceed and Exceed Tourer variants also have a vehicle-to-load feature that allows users to draw electricity from the vehicle’s battery to power equipment such as camping gear or domestic appliances, via the vehicle’s on-board 240V AC three-pin power points. 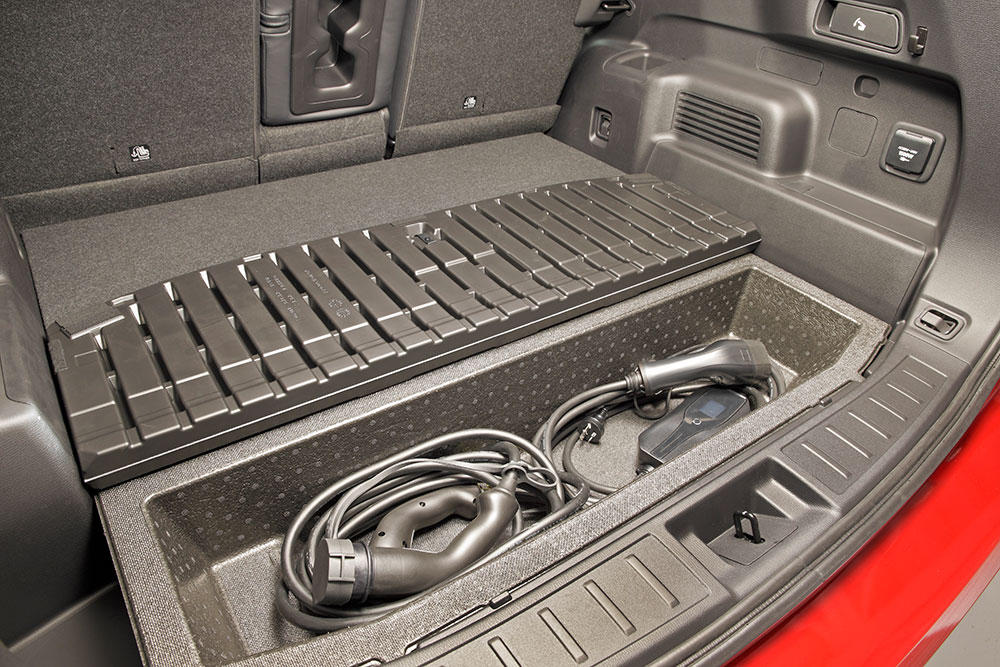 The PHEV also gets that same five-star ANCAP score as its stablemates, tested against the latest 2022 safety protocols.

The Outlander PHEV is covered by Mitsubishi’s 10-year/200,000km manufacturer’s warranty, and comes with 10-year Capped Price Servicing, and up to four years’ complimentary roadside assist, provided scheduled servicing is done through the company’s authorised dealer network. The drive battery is covered by an eight-year, 160,000km warranty.