Exploring Norfolk in a moke 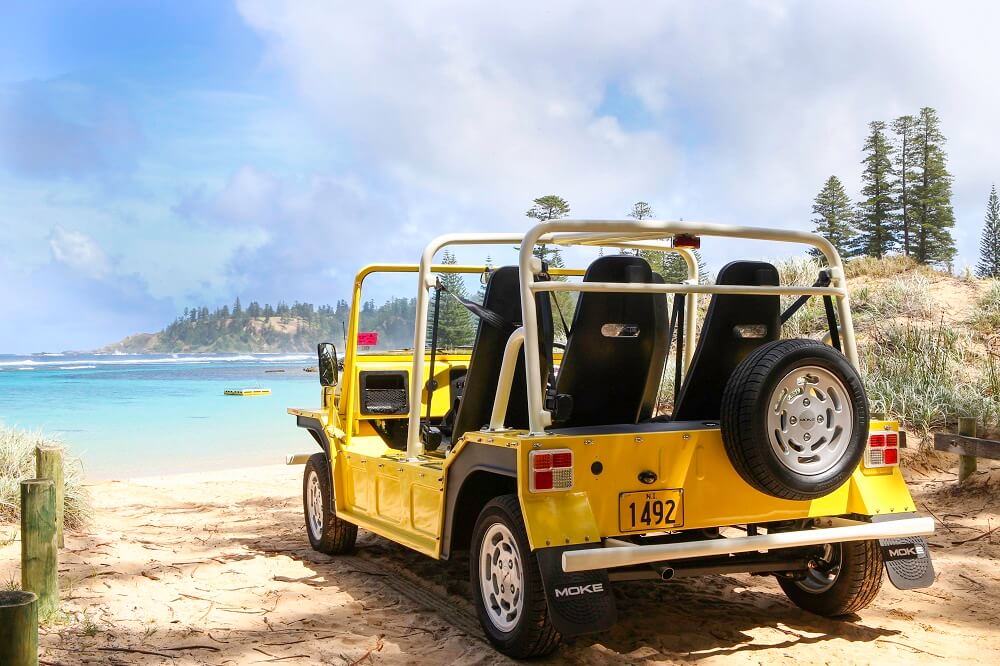 Who would think doing a ‘bread’ run could make history?

When Lieutenant William Bligh boarded HMS Bounty in 1787 to transport breadfruit trees from Tahiti to the West Indies – that’s exactly what happened.

To cut the sea saga short, the Bounty’s breadfruit were never delivered. Half of the Bounty crew thought the Tahitian women were much more appealing than more time at sea and Captain Bligh was loaded into the ship’s launch and ‘let go’.

And so began one of the world’s most loved nautical tales, Mutiny on the Bounty.

A two-and-a-half hour flight from Brisbane or Sydney, Norfolk is an island that takes your breath away before you’ve even landed.

It’s tiny. A speck in the South Pacific Ocean – just five kilometres by eight, smothered in Norfolk Pines (of course) and barricaded from the sea by formidable cliffs interrupted, sparingly, by stunning bays.

Looking down, you may wonder how you will fill in the week you’ve booked. But, for an island so small, there is a bounty of things to do. 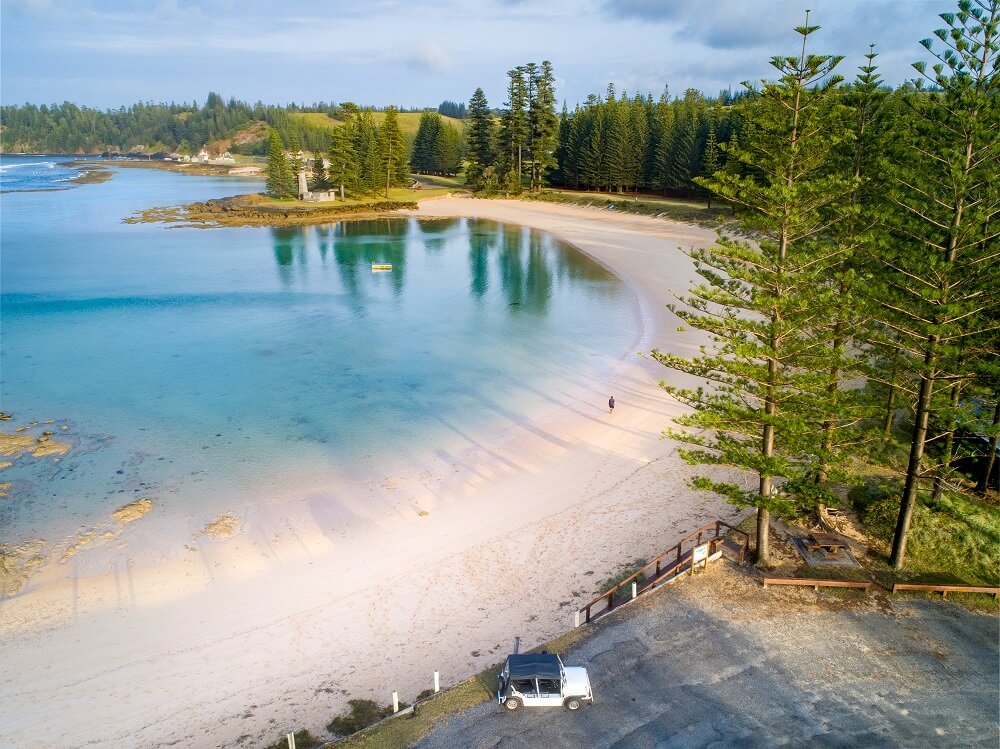 Once known as ‘Hell in Paradise’, Kingston was the most dreaded penal settlement in the Southern Hemisphere. The worst of the convicts from New South Wales were sent there between 1788 –1814 and conditions were brutal.

Today, Kingston is a UNESCO-listed World Heritage site. While you’re free to wander the ruins, it’s only on a guided tour that you can hear the gory stories. And, if the tales don’t horrify you by day, try them at night.

The Lantern-Lit Ghost Tour is terrifyingly good. Whether you believe in ghosts or not, the walk through Norfolk’s cemetery will have you second-guessing every shadow.

Steel your nerves for what is said to be Australia’s most haunted house – No. 9 Quality Row – on the main street of Kingston. This Georgian cottage, built in 1839 for the Royal Engineer, has been perfectly restored. But it’s the servant’s quarters out the back where numerous visitors have observed, even photographed, some spooky “additions”. 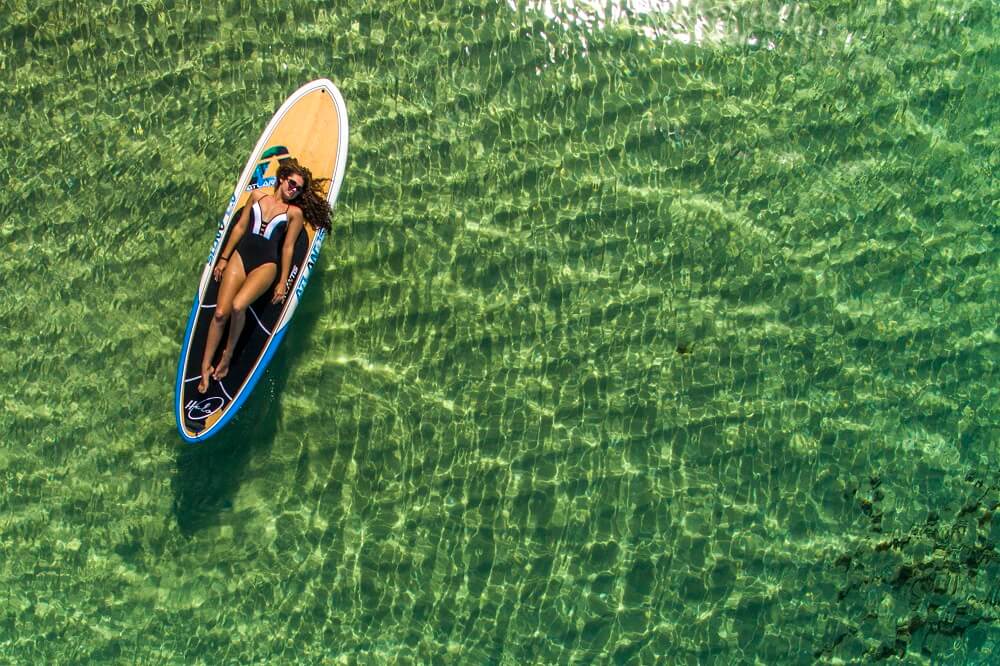 You’re smiling before you even start the engine of a mini moke. These fun cars, with the roof off and sides down, are the best way to explore Norfolk’s 80km of winding, hilly roads.

With no traffic lights and only one roundabout, Norfolk’s biggest road hazard is cattle. Hundreds of cows roam freely across the island and they have right of way. They’ll moo for you, but definitely won’t mooooove for you!

And there is an unofficial road rule that you need to know about – it’s called the Norfolk Wave.

Drivers, all you need do is raise your index finger each time you pass a car and that’s saying ‘Watawieh’ (hello) in the local Norf’k language. 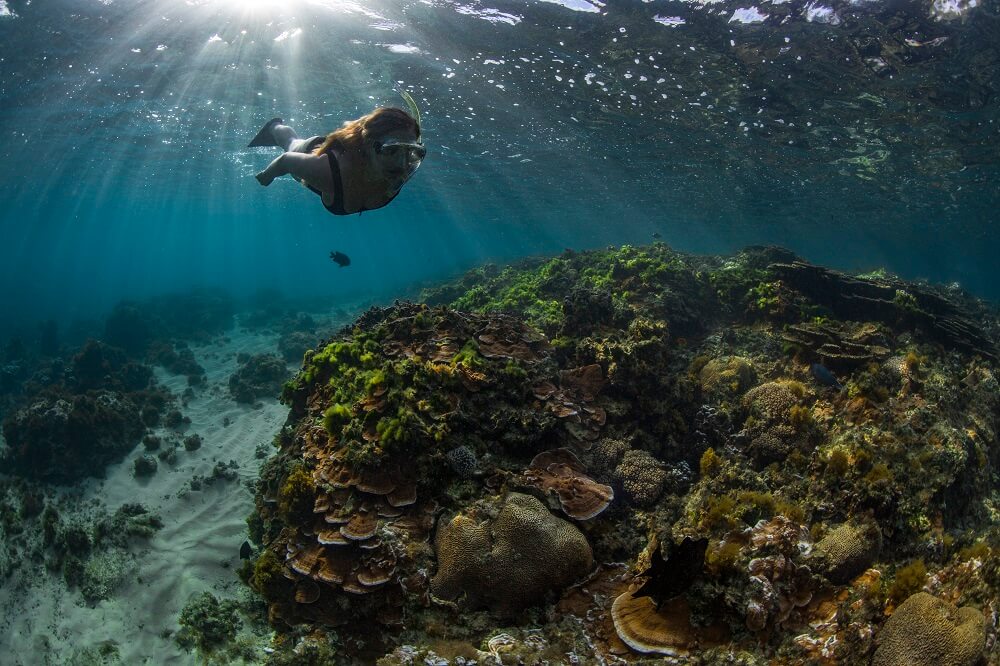 Emily Bay is regularly voted one of Australia’s most beautiful beaches. Protected by reef, the lagoon is an aquarium of coral gardens, tropical fish, a resident turtle – all just a 30 second snorkel off the beach.

If you want to stay dry, Bounty descendant George Parsons has a glass bottom boat to view the reef. And, if the local Outrigger Club is there, say ‘watawieh’ and they’ll take you for a paddle in their traditional boats – for free.

Anson Bay is Norfolk’s most-spectacular beach and one of the most remote stretches of sand in the world. It’s a five-minute walk down a winding grassed path – but be cautious about swimming. Even if the waves look inviting the rips can be treacherous. If you’re not confident play it safe. Cool your feet in a rockpool, take some awesome photos and enjoy the walk back up to the top.

Trek to the top of Phillip Island. Nicknamed the ‘Uluru of the Pacific’ because of its stunning red and purple hues, this is a place very few tourists get to visit.
Six kilometres offshore, Phillip Island is the little sibling of Norfolk and is a wonderful conservation story.

Ravaged by pigs, goats and rabbits during Norfolk’s years as a penal settlement (they were put there as hunting targets and a food source), the island was eventually stripped bare of vegetation.

Now a National Park, Phillip Island has many rare and endangered plants and is a breeding ground for sea birds including masked boobies, black-winged petrels, sooty terns and black noddies.

You need to be adventurous for this trip. Even in calm seas the landing is a surge-timed leap from a boat onto slippery rocks
(Tip: wear some old socks for grip) and it’s a challenging climb to the top via rope ladders and wooden steps, but worth the effort. 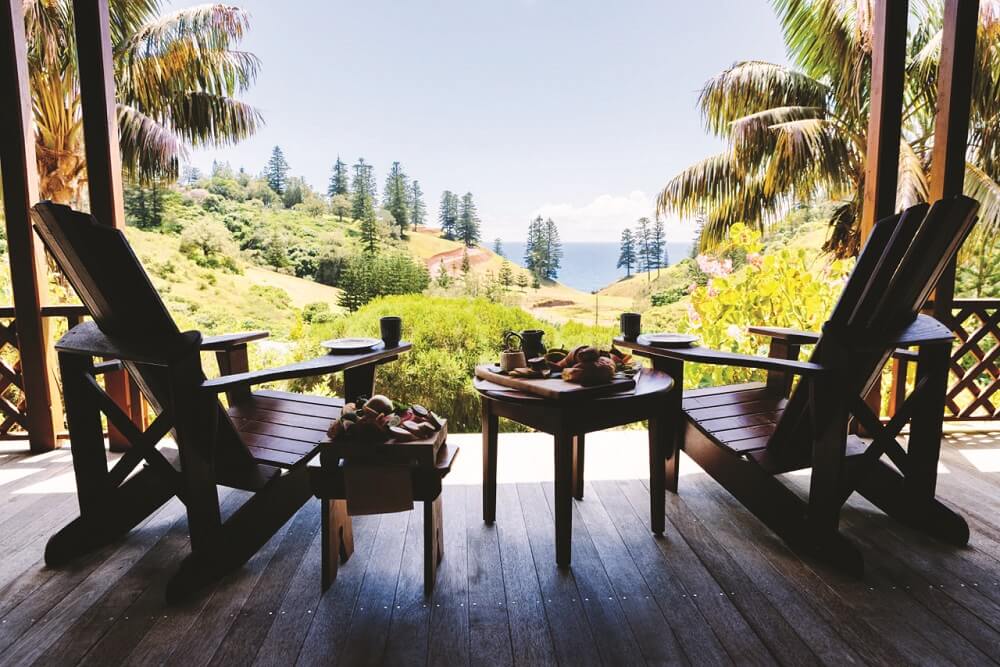 Norfolk has a bounty of accommodation, but Tintoela Homestead and Cottages is a favourite of regular visitors to the island. The hand-crafted timber retreat sleeps 14, has magnificent ocean views, tropical gardens and is just five minutes’ drive to the main village of Burnt Pine. And if you’re wondering what Tintoela means, it’s Norfolk for sweetheart. Sweet.