Jessica Wilson19/04/2019
Holidays
Lake Eyre’s silver-lining from the Townsville floods is a phenomenon not to be missed. 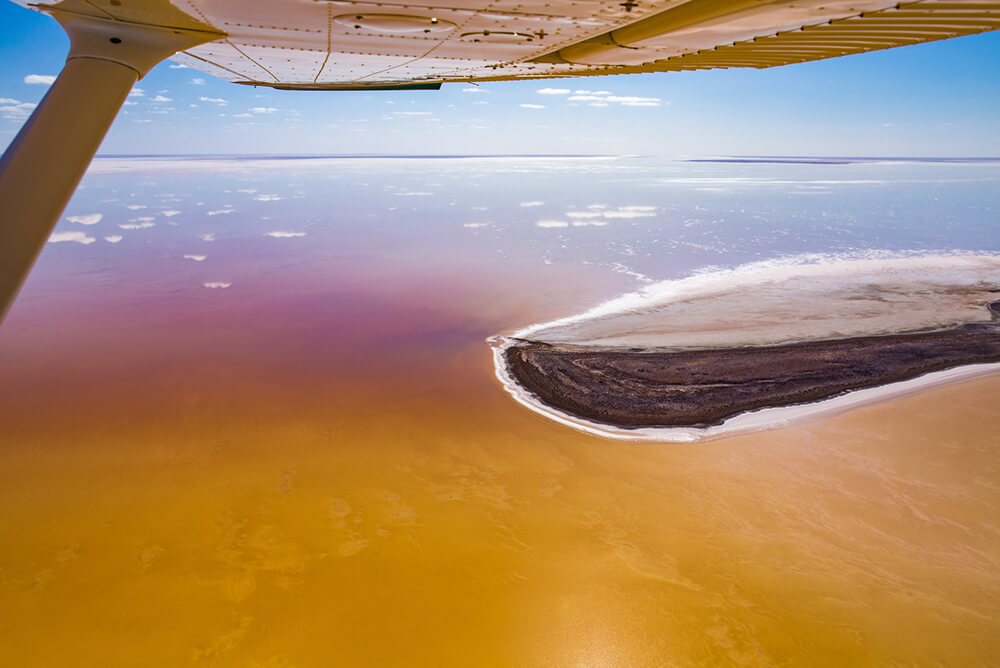 The arid landscape of outback South Australia has been rejuvenated by water from record-breaking rainfall in Townsville earlier this year.

The floodwater travelled more than 1000km from Queensland via Channel Country to reach Australia’s largest salt lake, Kati Thanda – Lake Eyre – a usually dry lake that has transformed into a desert oasis.

The ephemeral lake is famed for the brilliant pink and orange hues of its floodwaters, caused by microscopic algae, and the thousands of migratory birds, frogs and other native animals that flock to the region as the water level rises.

Lake Eyre is the lowest natural point in Australia at approximately 15 metres below sea level and receives an average annual rainfall of about 100mm – the same as Sydney’s average February rainfall.

Most visitors to the lake won’t see it in full bloom as floodwaters occurs as it can be three to four years between floods.
According to NASA, has only completely filled with water three times in the 20th century.

The closest town to Lake Eyre North, Williams Creek (population 10), is one of Australia’s smallest towns.

Located on Australia’s largest cattle station, William Creek Hotel is one of the most remote pubs in the world and a testament to outback life since 1887.

Visitors can stop in for a bite to eat and fuel up their cars before continuing along the Oodnadatta Track or stay overnight at the Hotel’s accommodation and camping grounds.

The owners of the William Creek Hotel also operate scenic flights over Lake Eyre. Visitors can explore the remains of rockets and satellites tested at the nearby Woomera Range air force base in the 1950s or practice their swing at the nine-hole desert golf course. 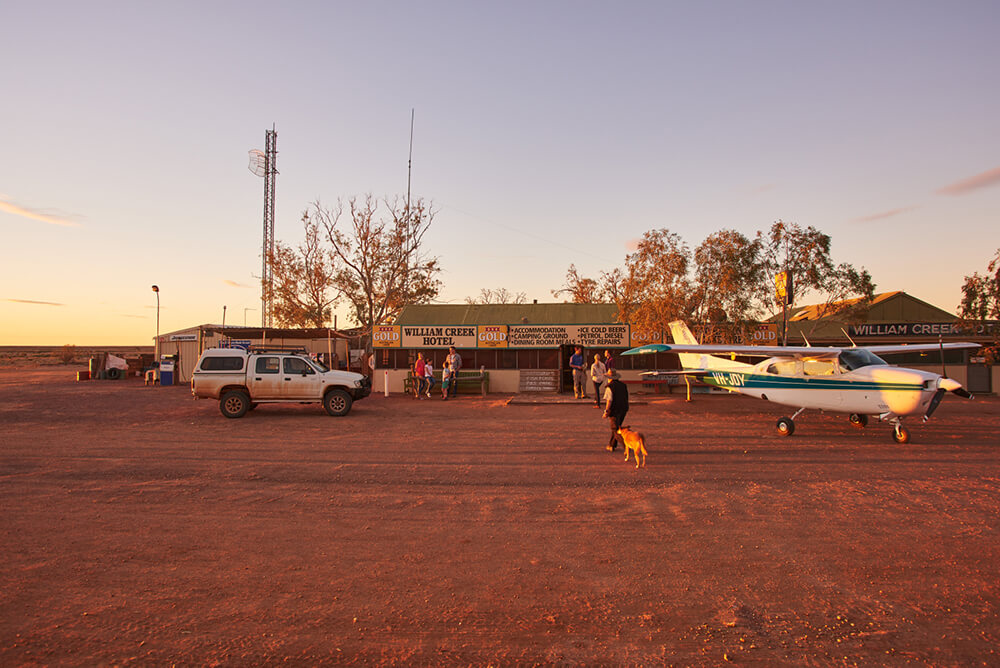 Don’t miss the opportunity to see the pale pinks, oranges and yellows of Lake Eyre for yourself. Contact RACQ Travel for details or call 1300 096 166.