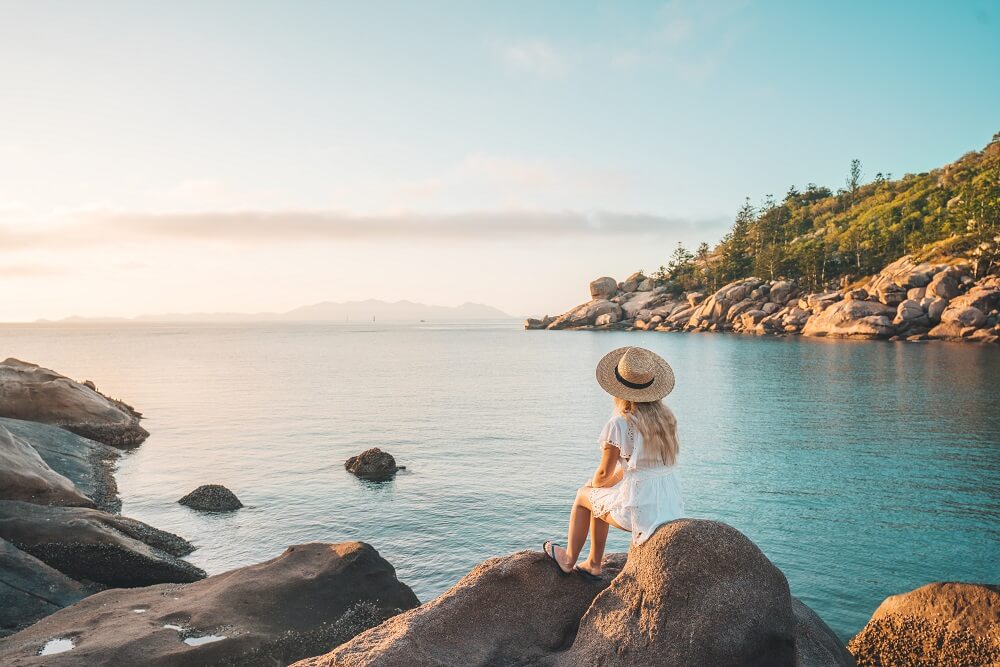 Imagine walking along a tropical beach where the only footprints in the sand were your own.

Secluded beaches are hard to come by these days, especially when so many Queenslanders are drawn to the beach during summer.

The beaches are so stunning it almost hurts to put your phone down. In fact, Magnetic Island was recently named one of Australia’s ‘most Instagrammable’ islands after Tourism Australia compiled a list of the most popular Instagram pictures uploaded in 2018.

A picture of the SS City of Adelaide shipwreck near Cockle Bay – taken by photographer Conor Moore (featured below) – was ranked number one, receiving more than 186,000 ‘likes’. After spending a day on the island, it was easy to understand why so many visitors and Insta-followers would be drawn to it. The hectares of National Parks, tropical beaches, hidden bays, majestic shipwrecks and sleepy villages are so breathtaking they don’t even need a filter. 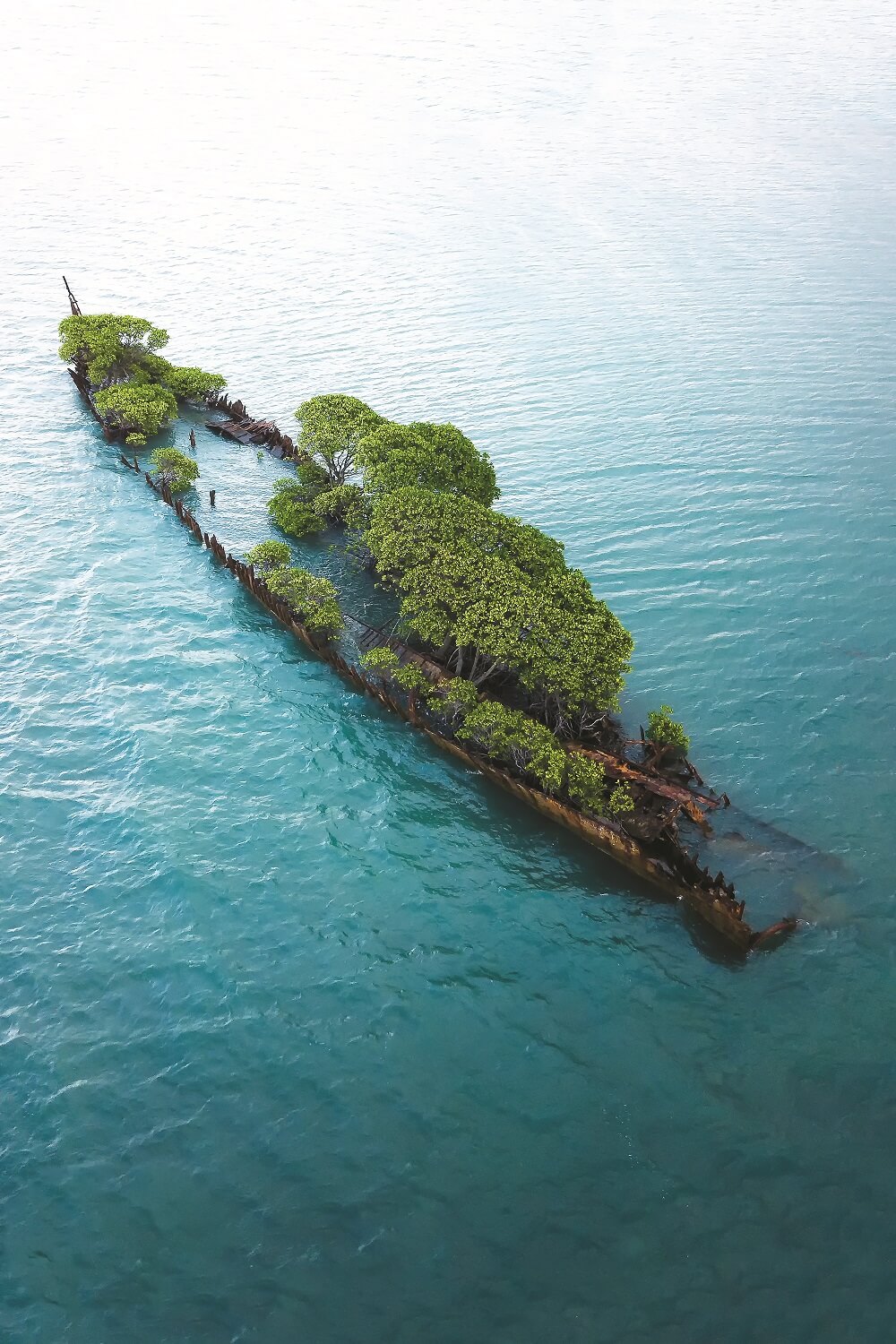 From the ’burbs to the bays, the ferry takes you directly from Townsville’s SeaLink Terminal to Nelly Bay, the main hub of the island. Here you can hire a car, mini moke or catch a bus to ‘bay hop’ around the island at your own pace.

From Nelly Bay you can head south to Picnic Bay or head north around Bright Point toward the island’s most popular tourist destination, Horseshoe Bay. The drive is only 15 minutes, but it’s enough to help you switch off to ‘island time’ with its panoramic ocean views, tall hoop pines and lookouts. 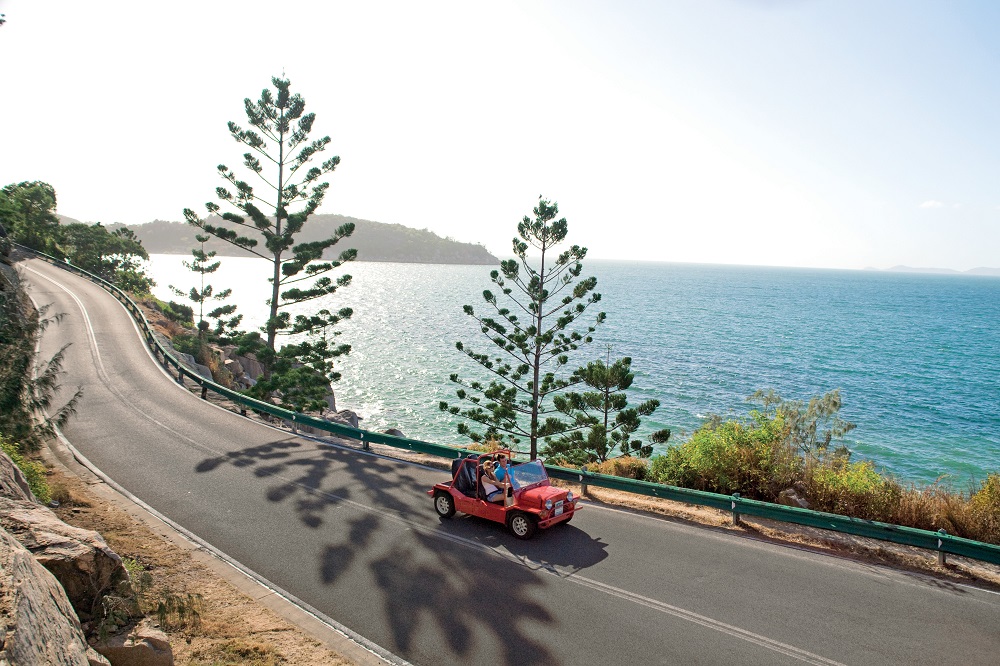 Geoffrey Bay, near the popular Arcadia Bay, is recommended as one of the best snorkelling spots in Queensland. Here you can collect a swim card from one of the nearby retail outlets and swim along a snorkelling trail which is outlined by numbered white surface floats about 400 metres off the beach.

There’s an array of fish species to see, especially around the Moltke shipwreck. There is also an aeroplane propeller from World War II for more experienced swimmers to see. Just remember to wear a stinger suit during summer, as a north Queensland jellyfish sting can be fatal.

At dusk, take a walk to the Arcadia pier to witness the friendly Allied rock wallabies as they hang out on the headland. Visitors can buy a bag of wallaby food from the local store and hand-feed them. Just another Insta-worthy opportunity on the island.

One of the best ways to explore Maggie and its bucket list of attractions is on foot following one of the many walking tracks, particularly the Forts Walk.

It’s a four-kilometre walk leading to historic World War II fortifications and infrastructure. Seeing firsthand these testaments to the strength and resilience of soldiers in the war is truly humbling. Whether you’re a local or a tourist, it’s an experience not to be missed.

Along the way you will be spoiled with incredible views from the lookouts and a 360-degree view of the island once you reach the top of the hill. Plus, Magnetic Island is home to Northern Australia’s largest colony of koalas living in the wild, so don’t forget to look up to see them sleeping in the trees. 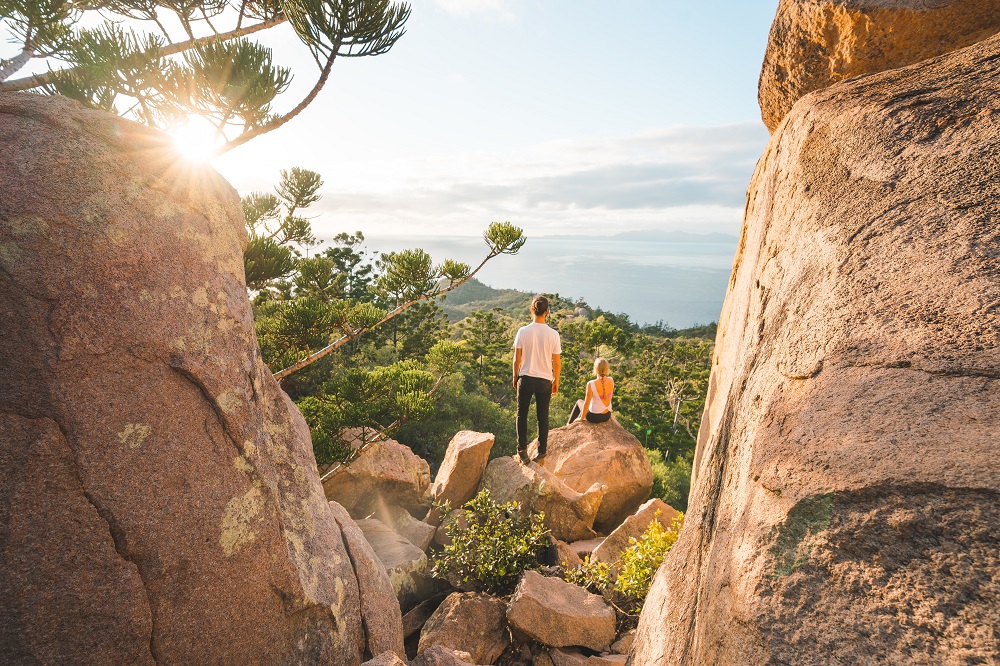 If you love water sports, head directly to Horseshoe Bay – it has almost every watercraft imaginable available for hire. Adventure seekers can go sailing, jet skiing, snorkelling, fishing or just laze on the beach where there is a netted area for swimmers.

For the ultimate Instagram post, visit the Horseshoe Bay Ranch and experience horseback riding along the beach followed by a swim with your horse in the ocean. Alternatively, capture the experience of hand-feeding Rainbow Lorikeets or cuddling a koala at the Bungalow Bay Koala Village. No matter what activity you decide to do at Horseshoe Bay, you are guaranteed to end the day at one of the many oceanfront restaurants, cafes or bars to watch the sunset.

Balding Bay From the eastern end of Horseshoe Bay beach there’s a walking track which leads you to a hidden gem. The track divides into two, one way leading to Balding Bay, the other towards Radical Bay. The track climbs through steep gullies of forest and winds downhill through enormous boulders to a secluded beach where your shadow will be your only friend. While you might feel like turning back midway, keep going as the result is worth it.