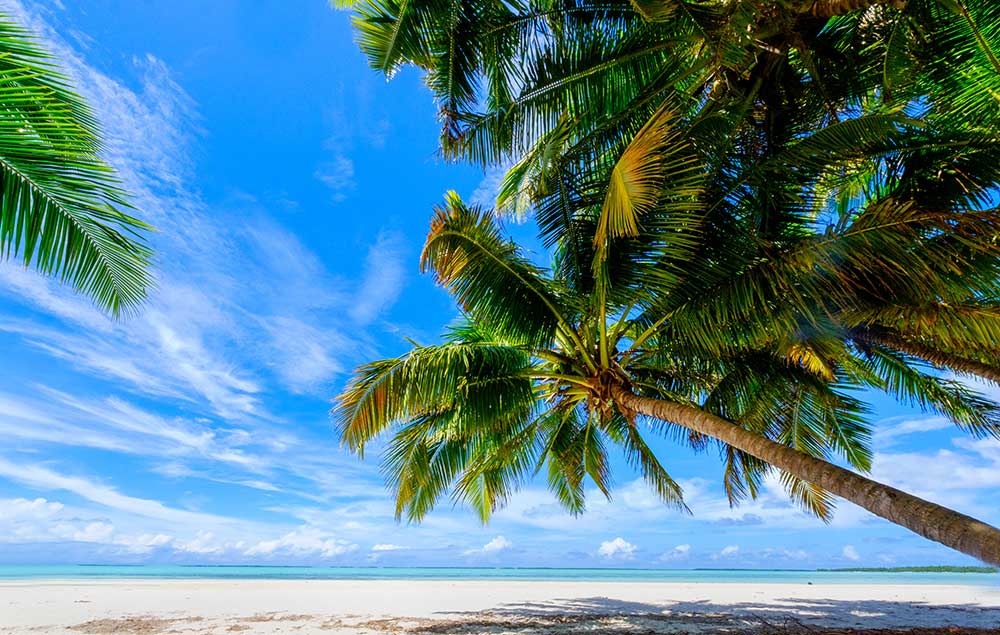 Hold onto the ropes, breathe through your snorkel, then flip backwards,” says Dieter Gerhard from Cocos Dive, coaxing me into a backward roll from the side of a six-metre aluminium boat.  More of a I-like-to-see-where-I’m-landing kind of snorkeller, I hesitate before releasing my vice-like grip.  Seconds later the world rights itself, the sky is above me and a grinning Dieter hands me a charged-up sea scooter. “Remember, two speeds – use the slower one, otherwise you’ll go nowhere fast with a dead battery,” he says. Keen to explore throughout the morning, I switch to the slowest speed and head into the underwater world of the Cocos Keeling Islands, a West Australian territory consisting of 27 coral islands, where I’m immediately drawn into a spectacular aquarium.  It is like riding a bike underwater, minus the pedals. The motor cruises about 4km/h, the perfect speed to take in the vibrant marine life.  Masses of vividly coloured fish flit in and out of healthy coral reef as inky, iridescent blue clams open and close as if they are saying “g’day”. With a visibility of about 25m I am able to see hundreds of sea cucumbers and sea sponges along the ocean floor. 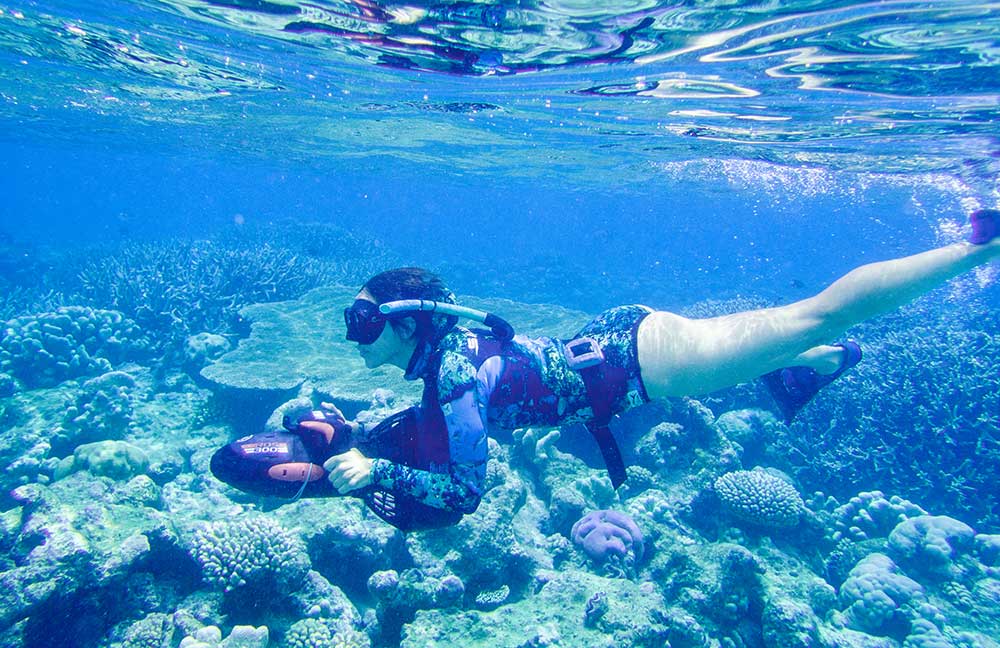 The water is a balmy bathtub temperature of 29°C and it feels as though I landed squarely in paradise when the plane touched down two days ago. From Perth it takes half a day by air to reach the islands which cover just 14.2 square kilometres. While border restrictions remain in place and much of the world is still offlimits due to COVID-19, the journey has the feel of an overseas trip with a dutyfree allowance on departure. Lost to life below the surface, I barely hear Dieter calling out: “There’s enough time to ride the Rip.”  I had read about “the Rip”, the islands’ rapid channel which sweeps you along with the current. Located at the southern tip of Direction Island, it’s an exciting rush. The undertow sweeps me past parrot, butterfly and angel fish until I reach the end where an attentive Dietar awaits.  Too soon, we are bouncing back to West Island, across a teal-tinged ocean. Dieter tells me he moved here in 1990 for a two-year contract and ended up staying indefinitely after opening his dive and snorkel business.  The scenery is straight out of a travel brochure. Powder white sand circles the islands like glistening gems on a royal necklace. I feel certain if I look up a picture reference of utopia if would be this exact same scene. Back on dry sand, I explore West Island, one of the two inhabited islands on Cocos Keeling Islands.

At 9km long and home to only 110 residents, it doesn’t take long to find a deserted beach at Scout Park, located at the southern end.

I look out across a calm, inviting Indian Ocean to Home Island, the other inhabited island, where about 450 Cocos Malay reside.

A short daily ferry ride transports passengers between the islands.

Back in the early 1800s the Home islanders formed a unique culture when they were transported as slaves, mainly from Asia, to work in the coconut plantations.

Initially cut off from the wider Muslim community they formed their own traditions, since passed down through the generations.

The downtime is blissful and I spend the afternoon beachcombing, snorkelling, and reading.

Apart from a wobbly lone paddle boarder attempting to stay upright on the gentle current, I have the beach to myself. It gives a whole new meaning to the three Rs – relax, recharge and reenergise.

The only pressing decision is where to eat dinner. 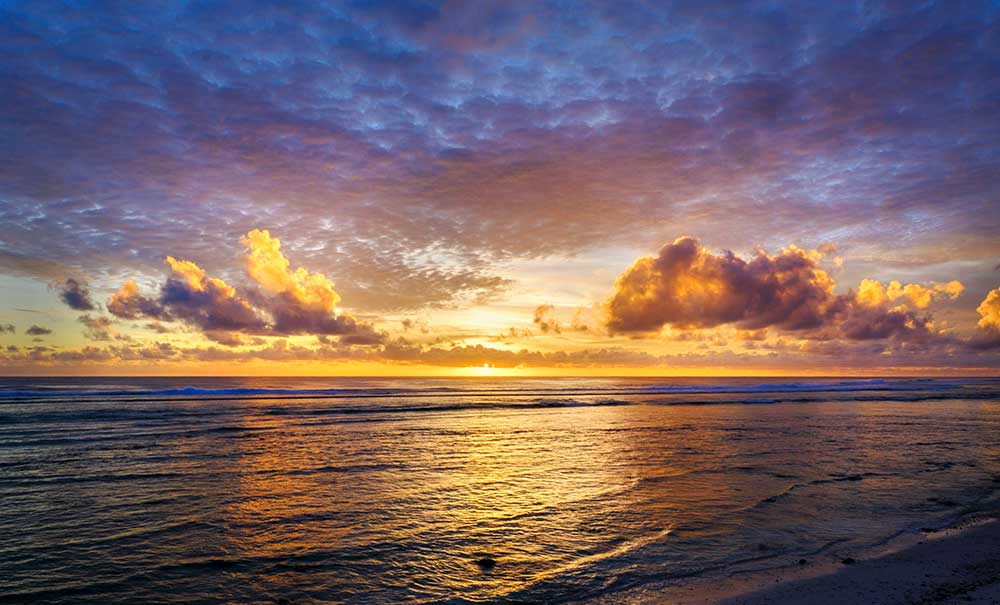 I opt for Saltmaker’s by the Sea, a two-minute stroll from my accommodation, the luxury-appointed Cocos Village Bungalows.

Outside, candle-lit tables are placed spaciously apart, affording privacy as huge waves roll in on the west side of the island.

The mesmerising, turquoise-hued swell is created by the distant Southern Ocean, quite unlike the calm lagoon on the eastern side.

Partial to any food including coconut, I relish each tasty mouthful.

Dessert is a delicious warm coconut fondant, topped with homemade coconut-salted caramel ice-cream – a heavenly treat to round off a perfect day.

After dinner I stroll along the water’s edge and look across the ocean.

The sky is painterly with orange, yellow and red brush strokes.

As the sun slips below the horizon, I contemplate tomorrow, thankful to be spending another day in paradise.