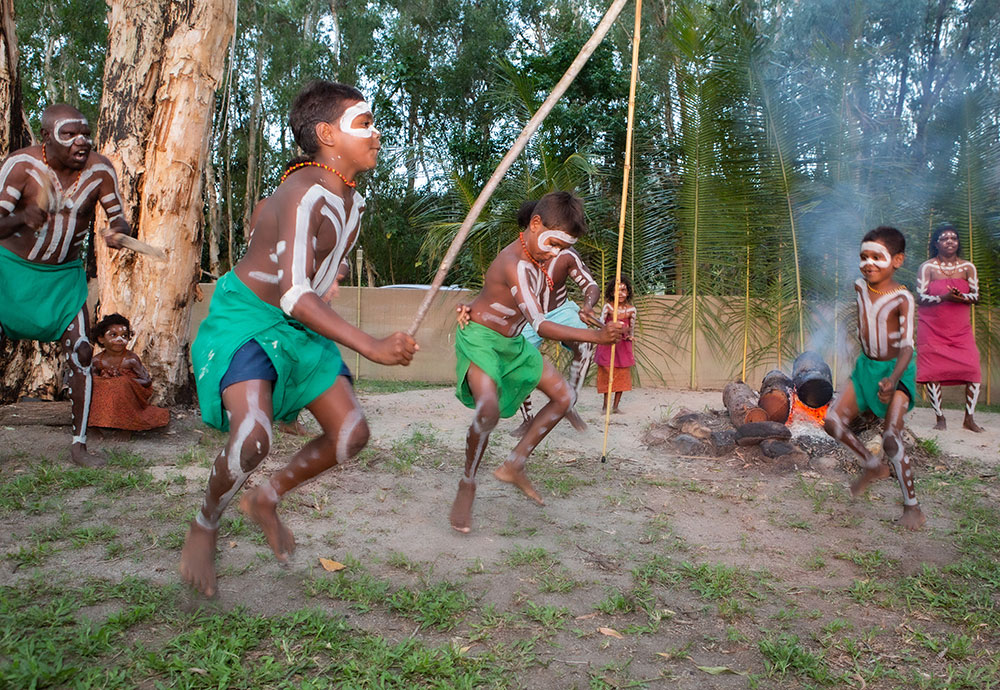 Mandingalbay Ancient Indigenous Tours, fully owned and operated by Traditional Owners, has launched its first scheduled trips for independent travellers after operating exclusively for the group market since 2015.

The ‘Hands on Country’ tour starts at the Cairns Marina and takes visitors across Trinity Inlet where the saltwater meets the freshwater flowing from the mountains on Mandingalbay Yidinji Country.

Indigenous Rangers guide the half-day tour and all are direct descendants of warrior Jabulum Mandingalpai, who was born about 1858 and survived the occupation and settlement of his Country.

The Rangers have spent the past decade cataloguing the flora, fauna and culturally significant places on their land and working with scientists to restore wetlands degraded by farming.

The information they have gathered is shared on a guided interpretive walk showcasing their 50,000-year-old ‘supermarket’, ‘hardware store’ and ‘pharmacy’ which continue to provide food and resources for the Mandingalbay Yidinji people. 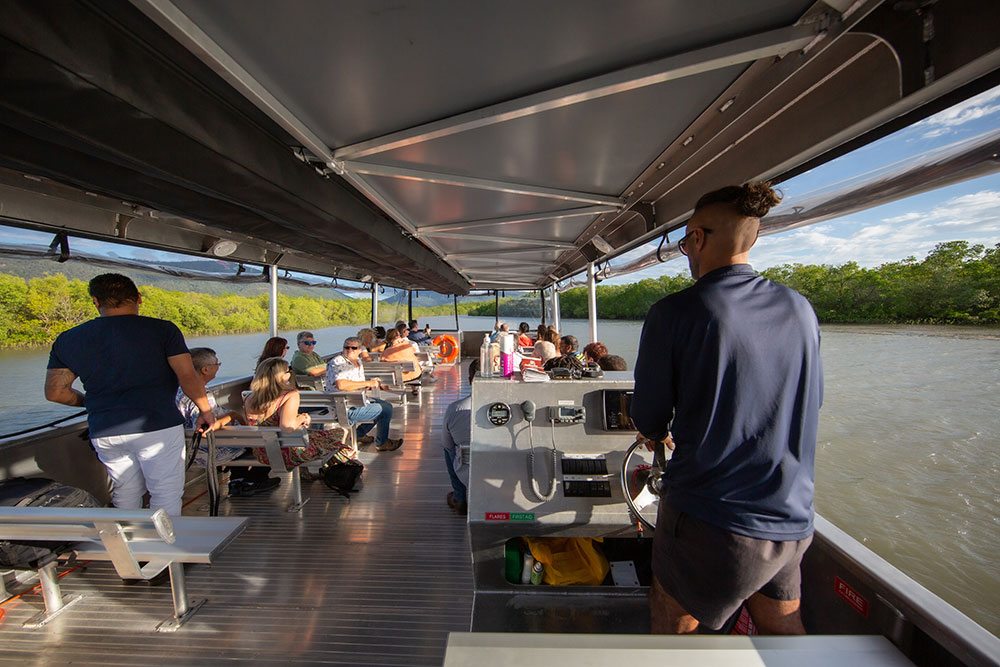 Overnight camping and a monthly ‘Deadly Dinner on Country’ are also part of the Mandingalbay Ancient Indigenous Tours.

Owned and operated by the Mandingalbay Yidinji Aboriginal Corporation in collaboration with its subsidiary Djunbunji Ltd, the tourism enterprise is supported by the Djunbunji Land and Sea Rangers to deliver authentic and diverse cultural tourism experiences.

Djunbunji Executive Director Dale Mundraby said the Indigenous-owned experience had been growing steadily since 2015 and was ready to cater to regular visitors in 2022 with the arrival of a purpose-built 42-seat boat and construction of infrastructure.

“Mandingalbay Ancient Indigenous Tours is a small business opportunity currently supporting the equivalent of nine full-time jobs that will generate employment for future generations to preserve the Mandingalbay Yidinji culture and identity,” he said.

Head Ranger Victor Bulmer helped to establish the Djunbunji Land and Sea Program in 2010 and, with the assistance of Elders, has shared the Dreaming stories that he grew up with.

Victor lived and grew up on Mandingalbay Yidinji Country, establishing his cultural knowledge from the oral histories of his grandparents.

The Mandingalbay Yidinji Dreaming stories come from two brothers – Guyala and Damarri. The stories are interwoven with the shape and nature of the landscape and the animals that are native to it.

Being able to work on Country is very important to the Djunbunji Rangers.

Laurissa Mundraby was a receptionist with the Djunbunji Land and Sea Program but jumped at the chance to be outdoors helping to manage her Country when she was offered the opportunity to become a Ranger in 2012.

At home on Country

“My first day out on the field as a Ranger we went to Buddabadoo, the salt water side of Country,” she said.

“As we drove towards the old walking track I noticed trees on both sides of the road ahead and the mountain behind me in the background and felt I had seen it before.

“Later when I was telling my daughter about my day I realised the scene was in my dreams. It confirmed that I had found my Dreaming.

“I grew up in Yarrabah and spent a lot of time on Country camping with my grandparents, and diving and fishing with my dad. 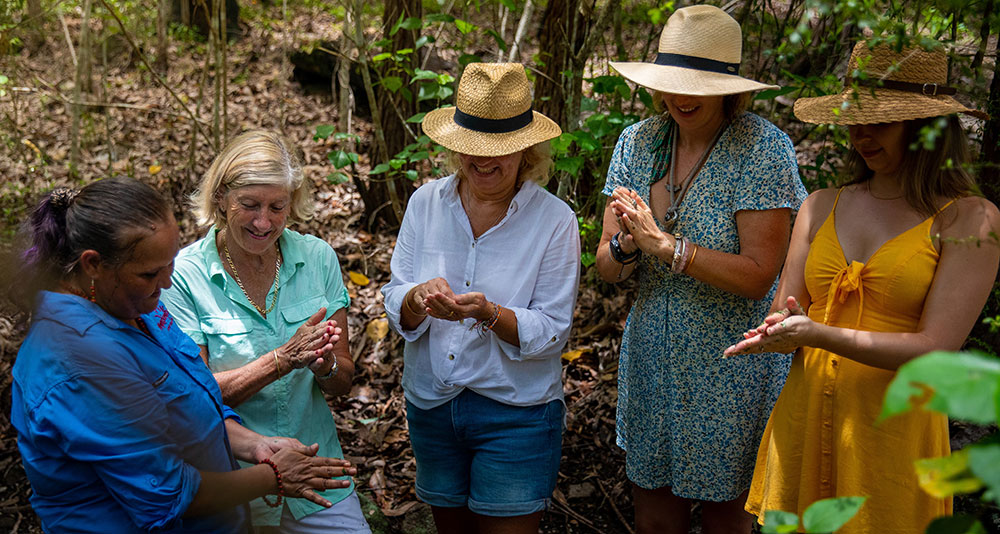 “My grandfather lived on Country and during the school holidays the family would come together giving me the opportunity to watch cultural practices such as my grandfather making weapons and firesticks.

“Being here carries a lot of memory. Working as a Ranger allows me to be a part of something bigger than myself – my Country, my culture, my people.

“On tour I immerse people in how our old people lived on Country. I try to connect people emotionally to Country, so they feel that deeper appreciation and understanding of Mandingalby Bulmba (Country).”