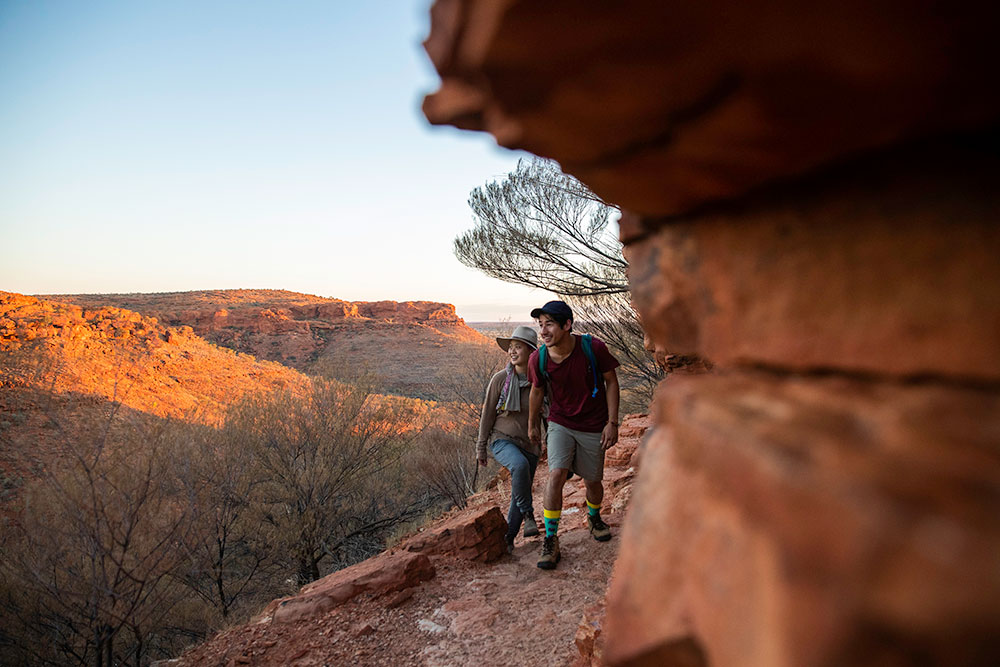 Of all the animals that roam, creep and crawl across Australia’s outback, Marcus Goater says the only one he’s fearful of is the wild camel.

As Marcus tells me of his many outback adventures – including tales of threemonth-long stints wandering through the bush – he bounces across rocks like a kangaroo, guiding me up and around the rim of the Northern Territory’s mighty Kings Canyon at sunrise.

“People say, ‘Oh you must have done this walk thousands of times’, But really, I’ve only done it around 800,” Marcus joked. He has been a guide with AAT Kings for four years, taking guests from Kings Canyon Resort on the 6km rim walk to marvel at 300m-high sandstone walls, some so sheer they look to be machine cut and polished, domes of jagged rock that resemble giant beehives, and peaceful palm-fringed waterholes.

Marcus’ brain is an encyclopedia (if it comes to it, I now know how to make glue out of spinifex) and if you’re into photography, he knows all the best spots.

As Marcus points out plants, fossils and rock formations in the canyon, I feel like I’m ever so slightly getting a grasp on the wonders of this vast land, beyond the obvious spectacular views that keep unfolding in front of me.

This is in part because the guided walk is compounding what I learnt the previous afternoon on a Karrke Aboriginal cultural tour. 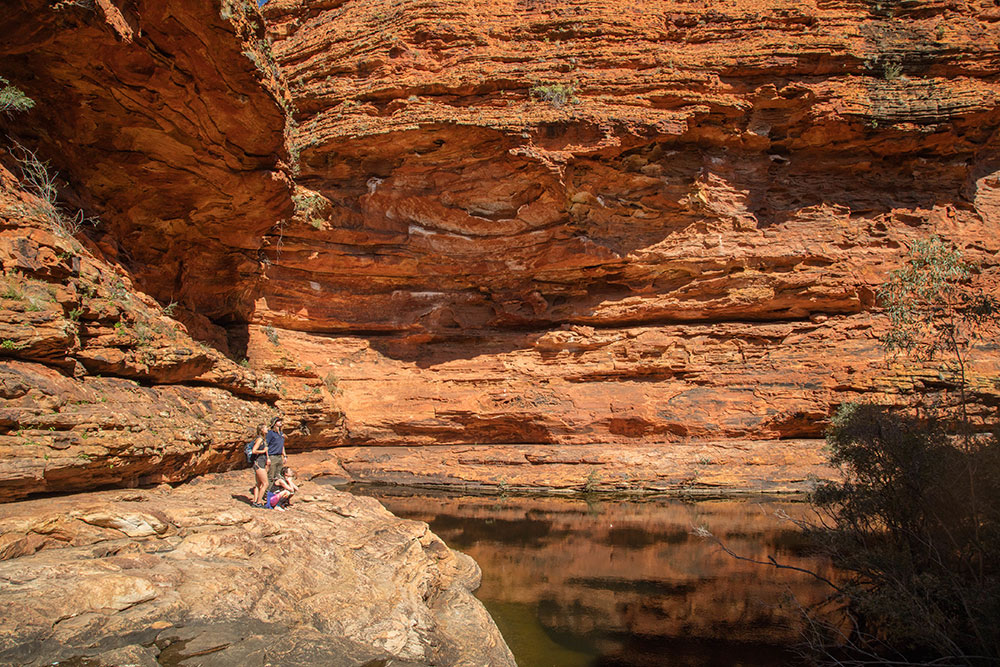 The Karrke experience, which will bump up your knowledge of bush food and medicine along with a range of local cultural practices, is led by Peter Abbott and Christine Breaden.

The couple and their family are from one of the three Aboriginal outstations within Watarrka National Park and, with the blessing of their community, share their local culture with visitors on a onehour tour.

As we move around a series of stations laid out on the bright orange sand, Peter and his sister Natasha take turns explaining traditional baking, cultural ceremonies and weapons, how to get the best sound out of clapping sticks, and how to pierce seeds and nuts to make jewellery using a scorching rod heated by fire.

Finally, we let the cleansing smoke of burning rock fuchsia and weeping emu bush wash over us as we learn about the healing properties of Central Australian flora. The tour operates 2km down the highway from Kings Creek Station, a working cattle property and wild camel exporter.

No, Marcus wasn’t kidding about the camels, they do indeed run wild in the Australian outback to the point of being a pest.

Kings Creek Station is more focused on tourism than camel exporting, but they do have one camel product that remains a mainstay of the business plan – their camel burger. Consumed with the guilt-free assurance of pest eradication, it’s delicious.

Even in May, I’m thankful for the heater in my tent, as temperatures in Central Australia vary greatly from season to season and from day to night.

I imagine in summer the air-conditioning would be a godsend, when temperatures can climb into the 40s.

At Kings Canyon Resort, the other major accommodation option in the area, there’s a similar offering – a campground plus six glamping tents, with the addition of simple hotel-style rooms.

Unfortunately, the Under a Desert Moon outdoor fine dining experience wasn’t running when we visited the resort, so instead we followed the throbbing beat of live music to the Outback BBQ & Grill.

Kings Canyon may be remote – it’s more than 300km from the nearest town – but it still knows how to party. 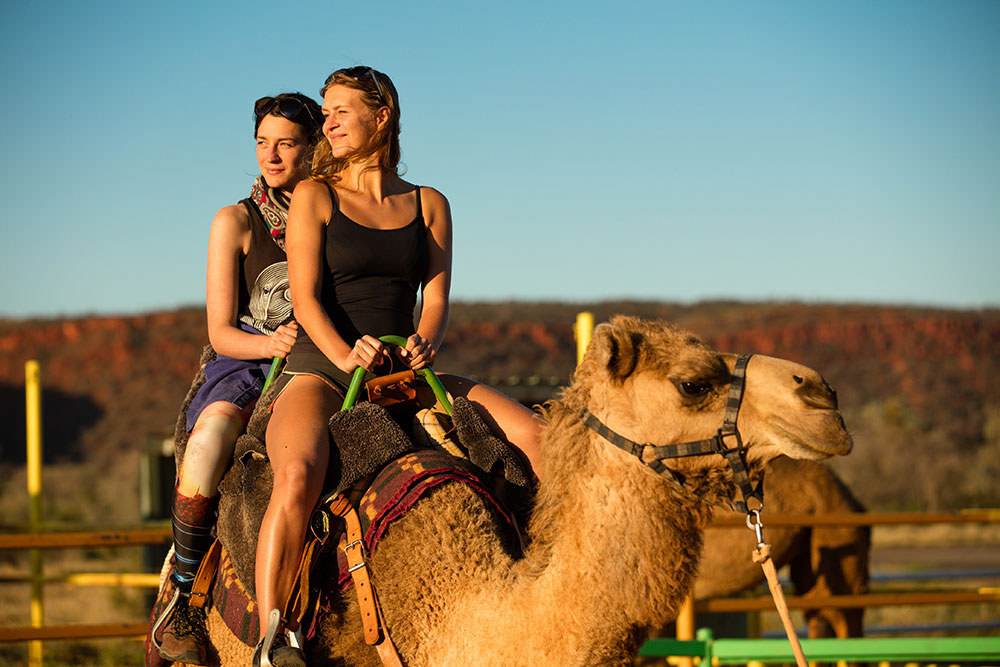 As I look around, with a giant steak in front of me, I notice that all guests, young and old, seem unable to resist some hand clapping or toe tapping to classics like Jolene and The Horses.

The following evening we dine at the Thirsty Dingo, which is essentially the same venue, just with a different name and different menu, but not before watching the sun throw an intense glow over the canyon before it checks out for the evening.

We follow a trickle of people heading to the resort’s sunset viewing platform.

Sunsets are a big thing in this part of the world, and for good reason. As the sun sinks, the escarpment before us shifts from bright orange to intense red to dusty pink.

Then there’s quiet, and then there are stars.

Kings Canyon is definitely one to add to your list.