From ‘hell in paradise' to ‘helluva paradise', Norfolk Island sure knows how to master a makeover.

Once the most dreaded penal settlement in the Southern Hemisphere, 200 years on people are flocking to the South Pacific island rather than desperately trying to flee it.

A two-hour flight from Brisbane or Sydney and you will be saying ‘watawieh' (‘hello' in Norf’k language), dining cliff-top at an island “fish fry”, walking in convict steps through the ruins in Kingston, a World Heritage site, and meeting direct descendants from the mutiny on the Bounty, one the world’s most-loved nautical tales.

Seventy percent of Norfolk’s population are descendants of HMS Bounty mutineers who, after “farewelling” Captain Bligh on the ship’s launch, sailed to Tahiti then settled with their new Tahitian brides on Pitcairn Island before relocating to Norfolk Island in 1856.

The history is fascinating but visitors and locals are embracing the bounty of new ventures on the island.

There is no port on Norfolk Island, so boarding a 10m catamaran for a sunset cruise is a thrilling, slightly nervewracking, experience.

You step onto the boat as it dangles from a crane 10m above the water at Cascade Pier before it is lowered to the water below. This trip is breathtaking before it has even begun.

The 2.5-hour cruise hugs the coastline, alongside towering basalt cliffs, through narrow rock tunnels and around Elephant Rock and Cathedral Rock – the names suggesting not only their shape, but size also. 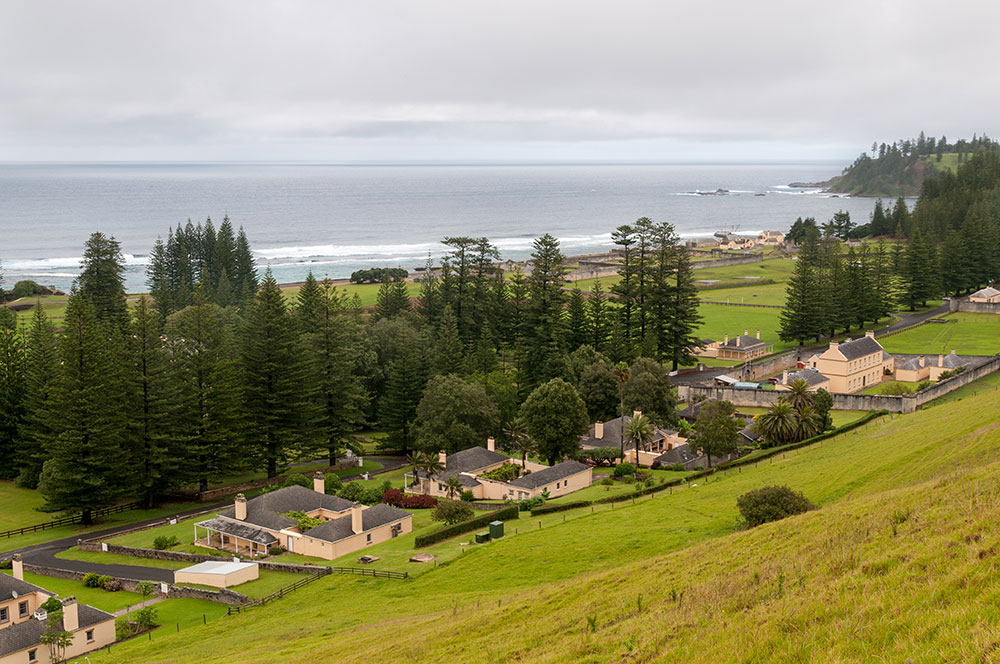 Another new way to see Norfolk’s famous sunset is from The Sunset Bar at Puppy’s Point.

Looking like a movie set plonked in the middle of a cow farm this is the beautiful home of Les Quintal, a Bounty descendant who welcomes guests Monday to Wednesday for food and drinks on the terrace or around his pool – with a beautiful sunset thrown in for free.

Norfolk’s a speck of an island, just 5km by 8km, but there are 80km of winding, hilly roads – easily covered by car – but much more fun on an electric bicycle.

You get to exercise as much (or as little) as you like while seeing the island with the wind in your face.

Favourite rides include a tour to the top of Mount Pitt, the highest point on the island, for gorgeous views and to the white sands of Emily Bay, regularly voted one of Australia’s most beautiful beaches.

It’s hard to say “wow” underwater – but you’ll want to.

After 10 years without a commercial dive operation, local lad Mitch Graham has brought scuba diving back to Norfolk.

Nowhere else in the world can you dive a pristine coral reef, surrounded by a Marine Park, bordered by a World Heritage-listed convict settlement. 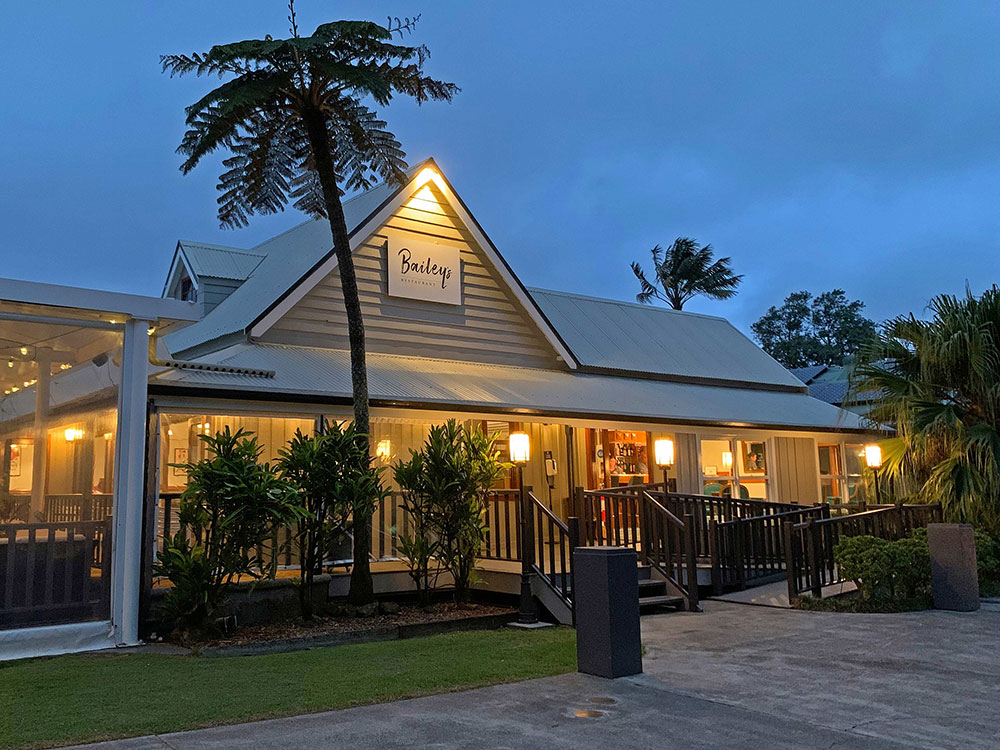 There are 10 awesome dive sites, most just a 10-minute boat ride away.

Dive deep to see pelagic fish, stingrays and sharks or stay shallow for an unbelievable “aquarium” of tropical species, morays and turtles.

To fine-dine in Norfolk’s oldest homesteads is a treat before your dinner plate even touches the table.

The restaurant has six chefs cooking local and imported meats, seafood and island vegetables to perfection.

The local pumpkin and coconut soup is a creamy, dreamy start, then it’s a coinflip to choose between the eye fillet with a cabernet reduction or, well, everything else on the menu.

Homestead Restaurant is set in a 1930s home that has been in the Menghetti family for 40 years. Kurt Menghetti cooks all of the meat, fish and vegetables over a traditional charcoal-fuelled Argentinian grill that his father made and he even makes the charcoal for the fire with olive tree wood from the property. Hand-caught kingfish is cured in beetroot juice and served with Norfolk’s only wood-fired fermented sourdough bread which has locals queuing at the door for leftovers.

Eaves-dropping (as you do), you’ll hear guests constantly commenting on the beauty of the gardens which are a tropical explosion of kentia palms, hibiscus, staghorns, banana trees laden with fruit (help yourself) and king ferns.

Towering more than 20m the king fern is the tallest tree fern in the world and is found only on Norfolk Island.

And no one loves a shared wall – so the private cabins scattered along the beautiful tropical garden lanes are the best.