Jessica Wilson15/11/2020
Out and About
Visit Queensland’s largest llama farm. 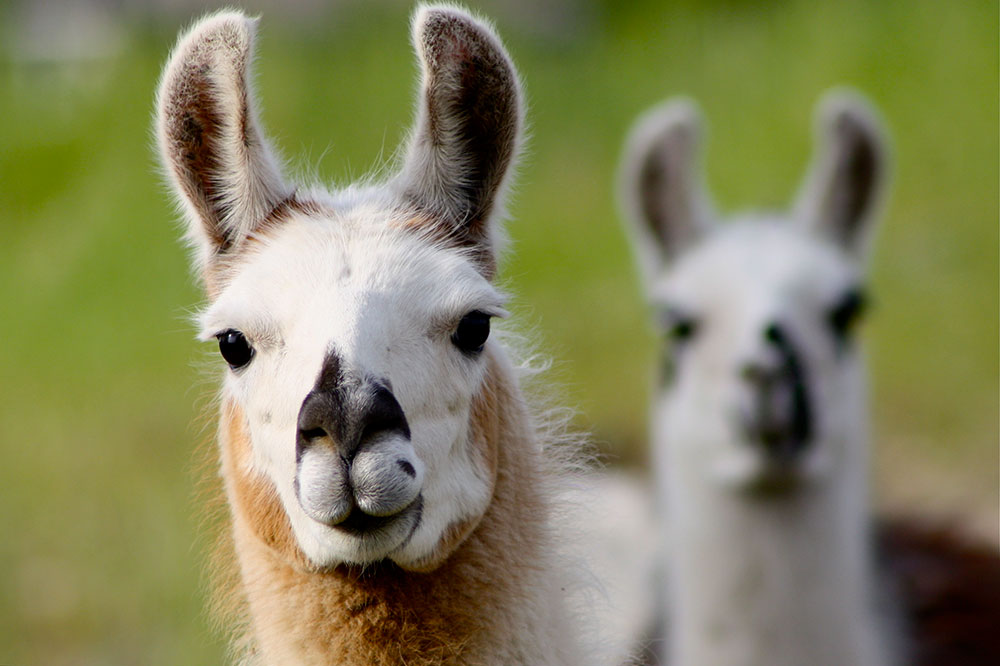 While most people’s favourite animals are dogs, cats or even horses, for Ipswich teacher Shane Hancock, you just can’t go past llamas.

Shane has turned his love of the South American camelid into a tourist attraction, boasting the largest pack of llama in Queensland at his Pine Mountain Llama Farm.

His passion for llamas began when he was working at an American summer camp in his early 20s.

“I soon learned that llamas are incredibly endearing animals and they ignited something within me,” Shane said.

“I always knew I was going to end up with my own llamas – I just didn’t think it would be this many.”

Joining a tour of the Llama Farm, its soon apparent that Shane knows each of his more than 75 llamas by name but his heart belongs to a blue Suri llama named Oscar.

“Oscar is quite special in that he’s the only blue Suri llama in the whole of Australia,” Shane said.

“He’s very special to us genetically but also I was there when he was born and helped him take his first breath so I really have a soft spot for Oscar because of his uniqueness and assisting with his birth.”

Shane’s favourite part of hosting farm tours is sharing his love of animals with the community.

“I love to see the excitement when people encounter a llama for the first time or the look on kids’ faces when they pat a rabbit or give a donkey a carrot,” he said.

“Visitors leave knowing a lot more about the animals they encounter and walk away with some fantastic memories of their hands-on experience with all our animals.

Shane is also passionate about making the farm as eco-friendly as possible.

“Our farm is 100% green and we’re totally off the grid so we’re solar-powered, we manage our own on-site waste and we gather our own rainwater,” he said.

“We’re lucky to have koalas, echidnas and platypi on our property so there’s a lot of native wildlife that we cater to aside from our domestic animals and that’s also very important to us.

“We do everything we can to protect those animals so ensure they have access to resources like water and habitat and if you join us on a Llama Walk you might be lucky enough to spot some native wildlife.

“We’re right on Brisbane and Ipswich’s doorstep but It feels like you’re in the middle of nowhere and gives you that feeling of being in the bush without having to be miles from anywhere.”

The Llama Farm is open on weekends and select dates during the school holidays. Bookings are essential.