How to embrace the outdoors in the outback Surf the Milky Way and trace the Dark Emu as you look towards the heavens in some of the clearest skies on Earth. Minimal light and atmospheric pollution makes Central Australia an astronomer’s dream. Join the enthusiastic team at Earth Sanctuary in Alice Springs for a night in a swag under the stars with a guided tour of the sky.

Appreciate the breathtaking beauty of the Red Centre by exploring it on foot. Hikes vary from 30-minute nature strolls to multi-day wilderness slogs, to mountain summits and hidden waterholes and through gorges and canyons, headlined by the 223km Larapinta Trail through the West MacDonnell Ranges that National Geographic voted one of its Top 20 hikes in the world. Why rough it when you can camp in style? With just a layer of canvas between you and the outside world, "glamping is camping with all the comforts of home and more. Setting the standard is Longitude 131o – a member of the exclusive Luxury Lodges of Australia group, overlooking Uluru. Then there’s Dreamtime Escarpment Glamping at King’s Creek Station. And close to Alice Springs is Squeakywindmill, at the base of the West MacDonnell Ranges.

Dingoes, echidnas and endangered bilbies. They’re some of the native species found across three distinct desert habitats inside this one-of-a-kind sanctuary, just beyond the fringes of Alice Springs. There’s so much activity on display inside the Nocturnal House, at birds-of-prey demonstrations and in educational centres. After a visit here, you will understand why the Red Centre is called a "living desert". 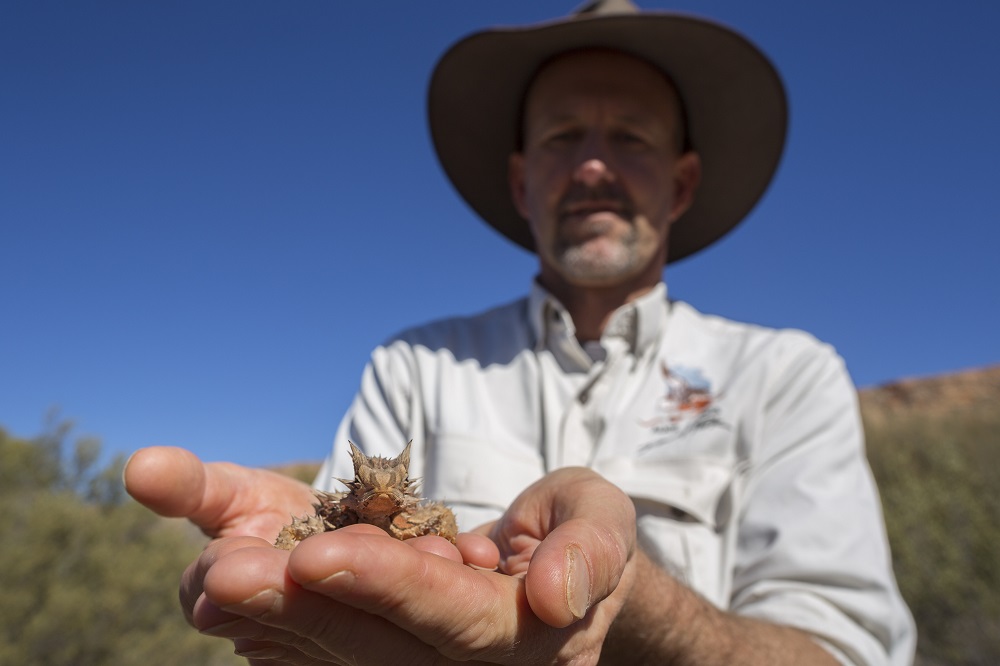 A sunrise or sunset camel safari sure sounds like a novel way to see Uluru, don’t you think? How about weaving between white gums in the MacDonnell Ranges on these ships of the desert? Couple posing on a camel with Uluru in the background. Photo: Tourism NT/Rhett Hammerton.

Plan and book your Central Australia holiday with RACQ Travel