On the road to ‘Hollywood of the outback’

Consider these stops on your outback road trip to Winton. 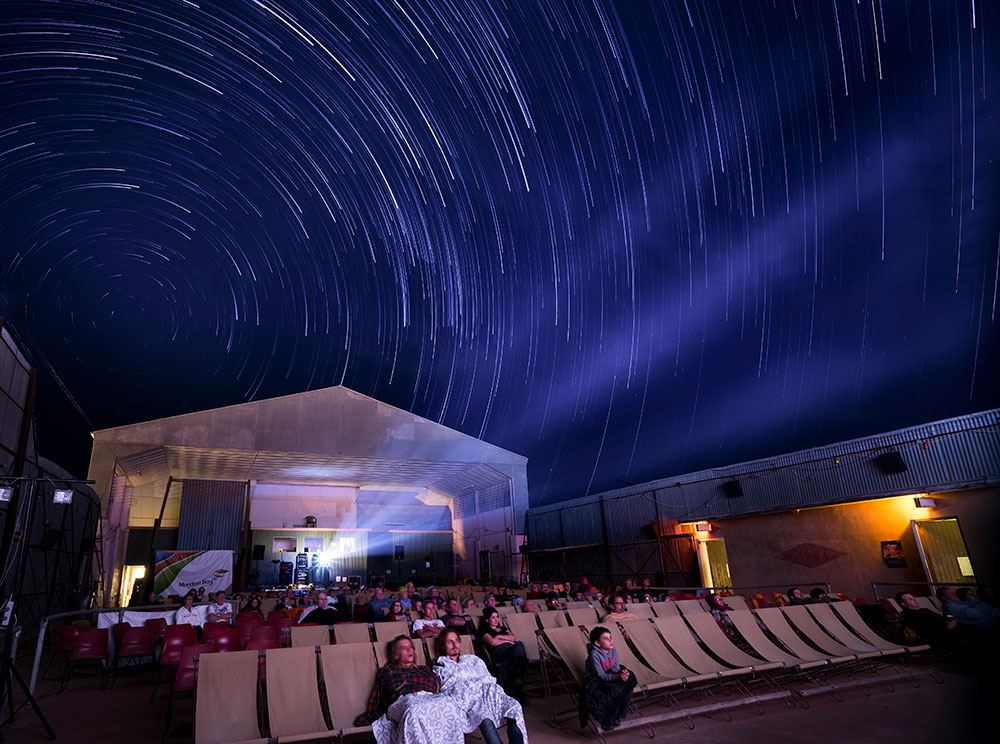 The Royal Theatre in Winton.

There has never been a better time to make a road trip to Winton – Australia’s ‘Hollywood of the outback’.

South-east Queenslanders planning the trip should consider the following stops, either on the way out or back, or both.

Expand your horizons with a stop in Toowoomba. If you’re feeling adventurous, ascend the climb at Table Top Mountain where you’ll find incomparable views transporting you to a place beyond the bounds of reality itself.

For the ground-dwellers alike, there’s also plenty to take in at the renowned Darling Heights Japanese Garden where the wildlife comes alive as you bask in the vivid yet intricately pruned landscapes.

For the food-lovers, you can’t go past the local staple, The Spotted Cow, for a hearty pub feed served with a smile! While you’re there, make sure you get acquainted with Betsy the cow who is officially recognised as one of Toowoomba’s most quirky, loveable and iconic identities.

Experience a slice of Roma’s history at the newly opened Big Rig and follow the story of the town’s oil and gas pioneers with exhibits, machinery displays, audio-visual features, led by knowledgeable local ‘Roma Rigger’ guides. Immerse in the Big Rig Night Show Sunset Experience and watch the stars come into focus as an original short history film plays in the outdoor theatre with a tasty drop outback port in hand.

While you’re there, take a walk along the Avenue of Heroes – Roma’s tribute to the servicemen lost during the First World War, and stop by Meadowbank Museum with its significant collection of farming implements – also the ideal spot for camping, caravans and motorhomes.

Follow Roma’s Historic Walk to see the Roma Courthouse where Harry Redford (aka Captain Starlight) stood trial and the School of Arts Building, which was used as a lookout for enemy aircraft during World War II.

If you’re an early morning coffee person, you can get your fix at a variety of cafes or eateries in Longreach.

After a relaxed brekky, head to the Australian Stockman’s Hall of Fame to wander the museum galleries, watch ‘A Stockman’s Tale’ cinematic experience and enjoy the Outback Stockman’s Show.

In the afternoon, take a 20-minute drive to Ilfracombe where you can walk the Machinery Mile and the tuck into refreshments, lunch or dinner at the historic Wellshot Hotel.

Depending on how long you’re staying, the next day you can get the heart pumping with a 45-minute morning stagecoach ride in a restored Cobb & Co Stagecoach.

Follow this up with some traditional bush theatre at The Harry Redford Old Time Tent Show.

Head up the road to the Qantas Founders Museum for lunch and a wander through the museum and original hangar.

You’ve now arrived in Australia’s Hollywood of the Outback.

This year’s Vision Splendid Outback Film Festival is rolling out the red carpet for a captivating nine-day program with screenings under the stars in Winton’s 104-year-old Royal Theatre open air cinema.

Boasting a diverse program of masterclasses, workshops and live entertainment for all ages, as well as a short film competition in amongst the festivities, all those involved are guaranteed to leave enriched and entertained.

Inspired by the renowned Sundance Film Festival and driven by the passion and drive of the Winton community – this is the largest film festival in the world dedicated to Australian cinema.

While you’re in the region, make sure to also check out the Australian Age of Dinosaurs where you’ll find the world’s largest collection of Australian dinosaur fossils in the Southern Hemisphere.

While you’re on the trail, travel back in time 95 million years with a visit to the Dinosaur Stampede at Lark Quarry Conservation Park.

Here you’ll find over 3,300 stampeding footprints immortalised in stone, marking the site of the only known dinosaur stampede on the planet.