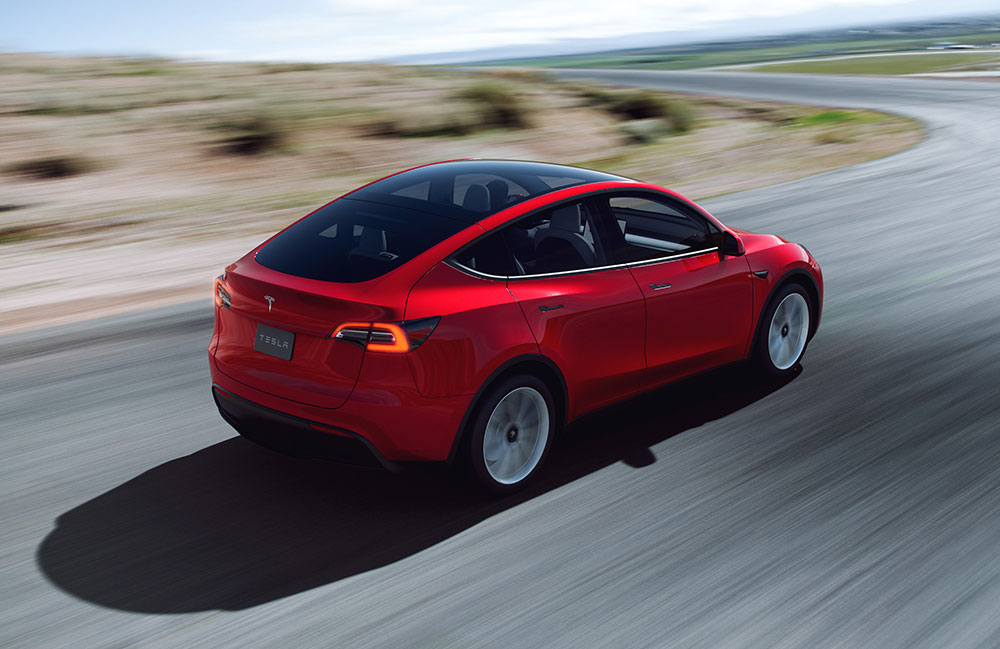 Among the many purported benefits of electric vehicles (EVs) is the ability for the vehicles’ batteries to be used to support the electricity grid, deliver more renewable energy and potentially power homes in the future.

While so-called vehicle-to-grid (V2G) technology is already available on some electric vehicles, including the Nissan Leaf, and has been proven to work at household and even larger scale, not enough is known about the wider usage patterns of electric vehicles to determine whether the theoretical spare battery capacity in a larger EV fleet can be relied upon to be used in this way.

Hence why the University of Queensland (UQ) has launched a world-first international trial that seeks to answer some of the big questions about the spare battery capacity in EVs.

In a project co-funded by the iMOVE Cooperative Research and an Advance Queensland Industry Research Fellowship, UQ has partnered with analytics platform Teslascope to recruit Tesla owners internationally to take part in the study, which will closely look at driving and charging behaviour across the globe.

E-Mobility Research Fellow at UQ Dr Jake Whitehead said while EVs were increasingly coming to market with more than 400km driving range, most were only driven less than 50km a day.

“This provides a unique opportunity to leverage this spare energy capacity to absorb renewable energy generated in the middle of the day and overnight, and potentially even export energy to power homes and support the grid in the future using vehicle-to-grid (V2G) chargers,” Dr Whitehead said.

He said with increasing numbers of electric vehicles globally, many questions were being asked around how the technology could deliver not only reductions in transport emissions, but also how they could provide other energy services.

“We have a unique opportunity through this project to better understand EV driving and charging behaviour in different markets, and what are the opportunities to use EVs to provide energy services and generate extra income for owners in the future,” Dr Whitehead said.

“We’re not so much focused on the technical side of having a V2G trial, we’re trying to more look at, across the market internationally, do current users of electric vehicles have behaviour that would support future adoption of smart charging, including vehicle to grid?

“A lot of the information that is available now is from users reporting it themselves.

“Whenever we do that kind of research there’s quite a bit of error associated with it, because you’re relying on the individual to remember what they do.

“The benefit of this approach is we are collecting hard, actual readings on how the vehicles are being used to charge and we’re doing it right across the world because we want to be able to understand how that behaviour might be different in other countries.

“That will help to inform whether things like vehicle to grid are only going to be feasible in certain countries, or everywhere.”

Adding renewable energy to the grid

Dr Whitehead added that while there was a lot of interest in the V2G aspect, the main motivating factor for his team was to find ways to get more renewable energy into the electricity grid.

“We know we are facing challenges because, particularly with solar, a lot of that energy is in the middle of the day,” he said.

“We don’t have the devices to soak up that energy and that’s where electric vehicles could play a key role, particularly given that cars are parked 90% of the time.

“As long as they could be plugged in and have a smart charging interface, a national fleet of electric vehicles could play a really important role in supporting the uptake and adoption of more renewal energy.

“But we don’t know if that’s possible if we don’t understand how people are using their vehicles.”

Dr Whitehead said the study aimed to initially recruit 500 Tesla owners, because Tesla vehicles included an inbuilt API, which allowed researchers to dial into the car and, with the owner’s permission, extract the necessary information, without the need for any physical infrastructure or hardware or telematics.

“It makes it a much more cost-effective solution, particularly when you’re doing a global study,” he said.

“And the other thing is that Tesla realistically have vehicles on the market that are most comparable to (the range of) petrol and diesel models and we want to collect behaviour from EV owners that are using their vehicles just like a normal vehicle.

“We want to really ensure that this is looking to the future, in terms of when we see more electric vehicles on the market, effectively replacing how people use their petrol-diesel cars right now and ensuring that our forecasts reflect that and are accurate.”

The study will use Teslascope’s platform to collect the vehicle usage data, with users provided with a free 12-month premium subscription to Teslascope in exchange for agreeing to participate in the study.

For the initial phase of the study, Tesla owners in Australia, the United States, Canada, Norway, Sweden, Germany and the UK are eligible to apply.

As more manufacturers integrate API access into their vehicles, the intention is to expand the program to include other vehicle brands.

“This information is important for understanding how much spare capacity might be available in their vehicles to support, firstly just smart charging, so being able to align with renewable energy generation, and then maybe in the future, vehicle to grid,”

“Electrification of transport has been identified as one of the major pathways for reducing emissions and by leveraging EV battery spare capacity and using smart charging technology, excess solar could be absorbed by vehicles parked during the day, and potentially discharged to support the grid during the evening using vehicle-to-grid (V2G) infrastructure,” Mr Christensen said.

“For smart charging infrastructure to deliver these benefits, EV uptake must be significantly increased, and importantly, EV owners must be willing to use their vehicles as ‘batteries-on-wheels’.”

Dr Whitehead said all user data would be kept secure and confidential.

“With the support and trust of users we will be able to leverage these learnings to influence government policy – including the rollout of public charging infrastructure,” he said.

“We also aim to use the findings of this research address some of the common misconceptions about how EV owners use their vehicles, and highlight how this technology provides far greater benefits, than risks, to the energy sector.”

Tesla owners can express interest in participating in the trial here.