RACQ membership gives back to Queensland communities in times of need. Two of those clubs recently benefited from the assistance of RACQ Foundation volunteers.

Volunteers pitched in at the Brisbane Dog Training Club and Western Districts Netball Association to help their recovery from flooding in late February and early March.

Brisbane Dog Training Club is a not-for-profit organisation in Oxley which has been helping dog owners train their pets since 1961.

This year’s flooding saw about 2m of water cover their training grounds and inundate their clubhouse, damaging the kitchen, cabinetry, toilet facilities, seating and other equipment.

Foundation volunteers helped with the sanding and painting of seating, washing and cleaning of facilities and equipment and other maintenance duties.

Graceville-based Western District Netball Association (WDNA) had water over its courts and inside the lower level of the administration building and two sheds housing sporting and maintenance equipment.

Foundation volunteers spent a day assisting with various tasks, including stripping out the flooded administration building, sanding, painting and gardening. 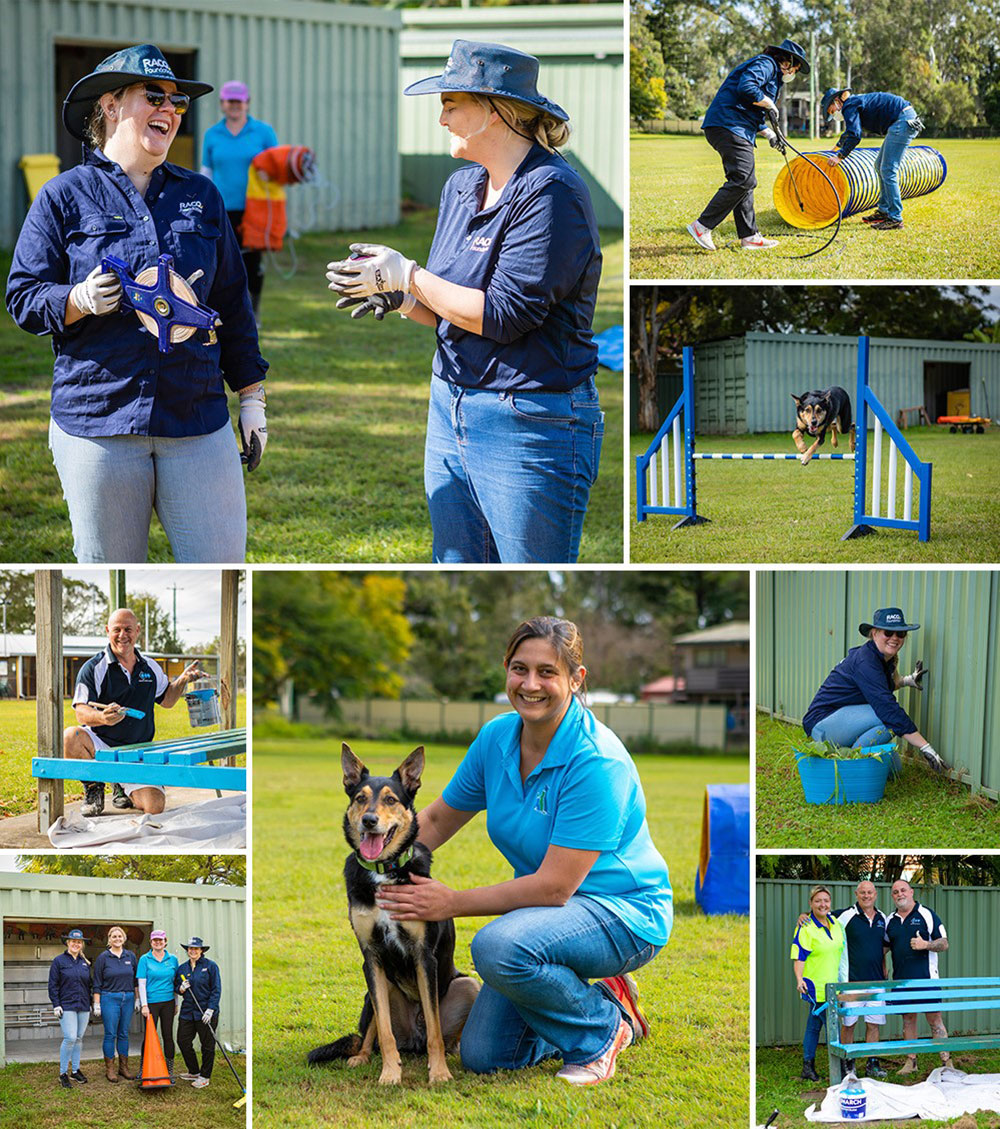 RACQ Foundation Senior Coordinator Bridgette Muller said the work by Foundation volunteers helped both clubs get back in shape for training and future events.

“The RACQ Foundation was established after the Brisbane floods in 2011 to help organisations recover from that disaster and has continued to support communities impacted by natural disasters across Queensland through grants and volunteer assistance,” Ms Muller said.

“These clubs and organisations are the backbone of our Queensland communities which is why RACQ is such a big supporter in their times of need.”

WDNA President Paula Sale said the club had been part of the Graceville and wider western suburbs community since 1974 and had about 2,500 members, including players aged five to 70.

“We cater for people of all ages, abilities and fitness levels and try to meet the needs of everyone in our community,” Ms Sale said.

She said the recovery was progressing slowly, with accessing tradespeople challenging.

“We had a lot of water through the grounds – probably about 3m,” she said.

“You could only just see the tops of the netball poles sticking out of the water.

“We went under in the 2011 floods as well, so we’re trying to make sure with our rebuild that if we do flood again, we will just be able to hose out the place and get going in a few days rather than the few months that it is taking us now to rebuild.” 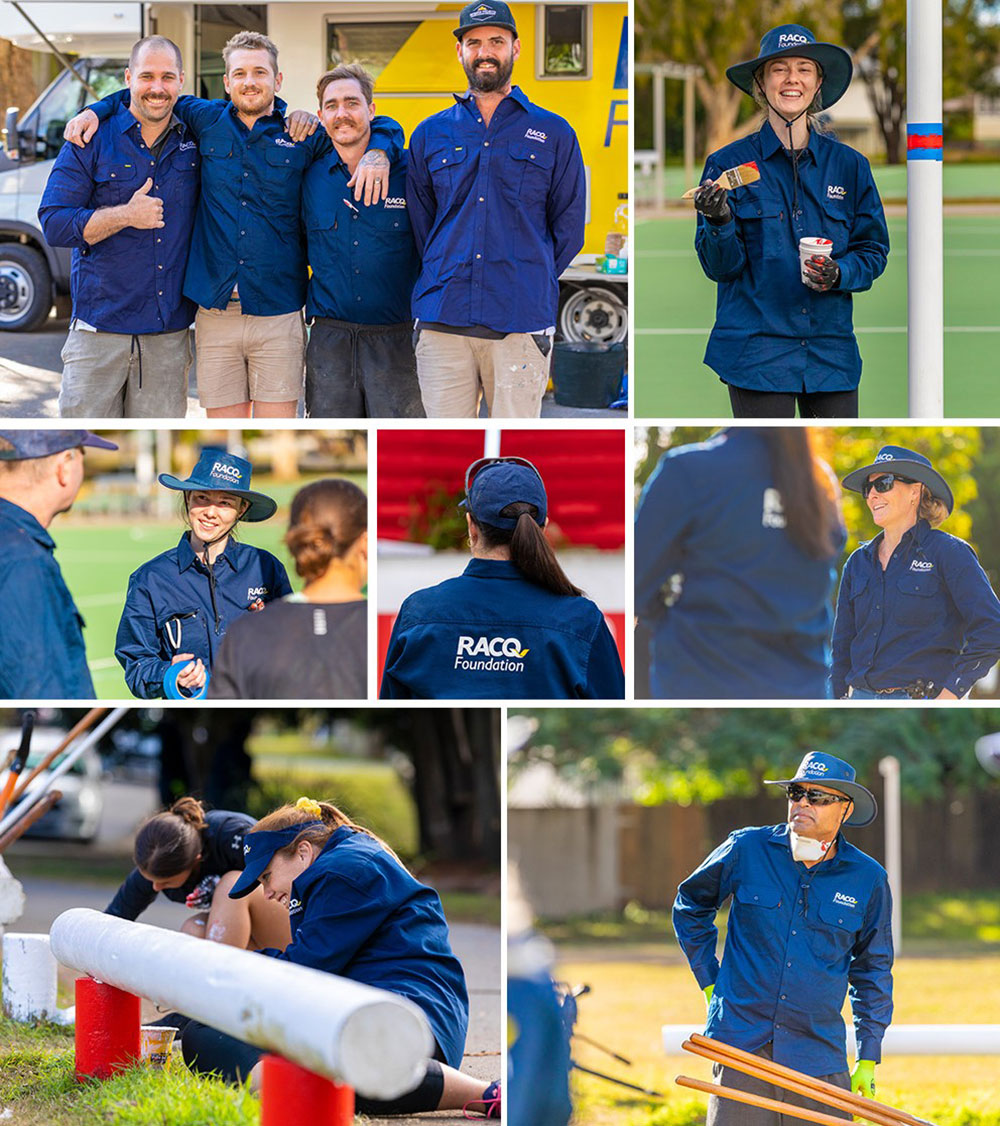 Ms Sale said the club was thankful for the support of the RACQ Foundation.

“We reached out to the RACQ Foundation for assistance and we’re very grateful that we have a working bee happening here today,” she said.

“We are a not-for-profit netball group and try to keep our fees low.

“So having this support, both financially and in the way of labour, has really assisted us in our flood recovery and getting us back up on our feet without it impacting too heavily, financially, on our members.”

Since 2011 the RACQ Foundation has distributed more than $10 million in funding to more than 400 community groups, thanks to the support of RACQ members.

The Foundation pledged $2.1 million to 73 organisations impacted by this year’s south-east Queensland floods.